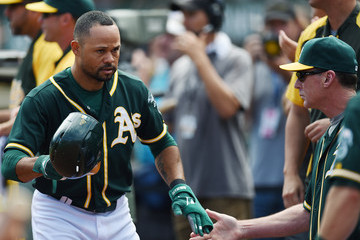 With the departure of Bob Melvin and Ryan Christenson, an imminent selloff of the team's top players, a possible move to Las Vegas, and a MLB lockout to boot, this is not looking like a very merry holiday season for A's fans. However, although the team is typically tight-lipped, we know the front office is currently working on getting us a new coaching staff with the news the A's have interviewed Rays bench coach Matt Quatraro and plan to interview boring Mark Kotsay, contagious Will Venable, cheatin' Joe Espada, and (inexplicably) Marcus Jensen and Darren Bush.

Those names, other than Quatraro, are awful choices. If the A's are tanking for a draft pick (if that option isn't removed by CBA negotiations), that is one thing, but the A's seriously implementing the plot of Major League is enough to make me a Blue Jays fan permanently. The A's need something for fans to get excited about. 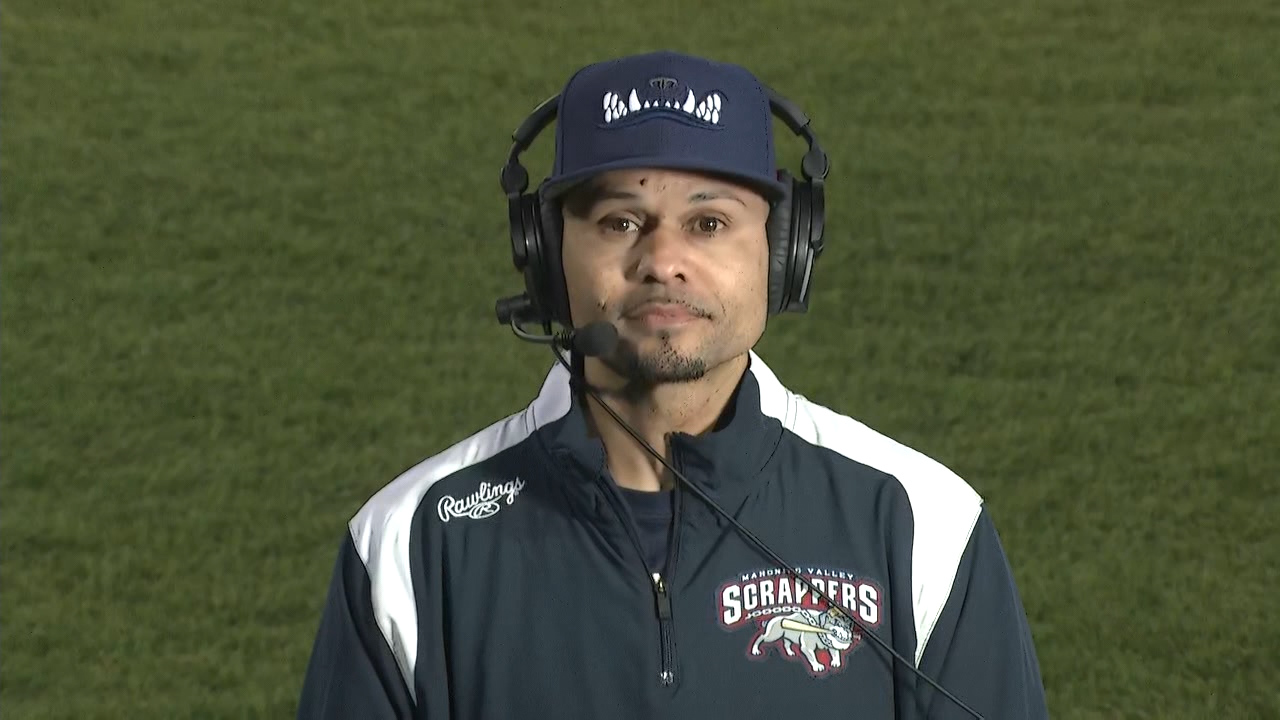 You know Coco. But DO YOU know Coco?

Did you know he's already a manager?

Coco Crisp is currently the manager of the Mahoning Valley Snappers, a MLB Draft League team that played its first season in 2021. While handling players who have yet to play professionally and long-time MLB vets are completely different, it does show that he has interest in being a coach, and impressed enough to be one of the very first selections for the new league. 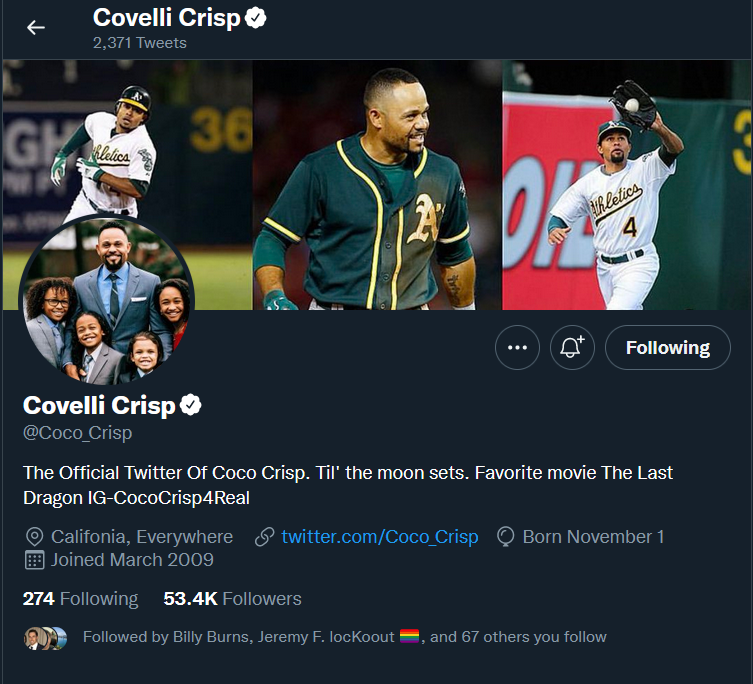 However, instead of showcasing his newfound managerial job on Twitter, Coco still has not one, but THREE pictures of him on the A's. He changed his profile picture fairly recently, so it's not like he isn't able to update his header with his more recent achievements. This is a man who lived and breathed Oakland Athletics while he was on the roster, and was indeed probably the A's most recognizable player during some of the peak years of the last decade - and turned down more money elsewhere to do so. He even came back as a color commentator during the 2019 season for the team, before getting a job in college ball before his job in the draft league. This is a man who bleeds Green and Gold.

Coco is also a man who put his body on the line to help the Red Sox win their 2007 title. In addition, during his last season, Coco was able to give it all and help the Indians Guardians to the 2016 World Series, before reality broke and the Cubs won it all. 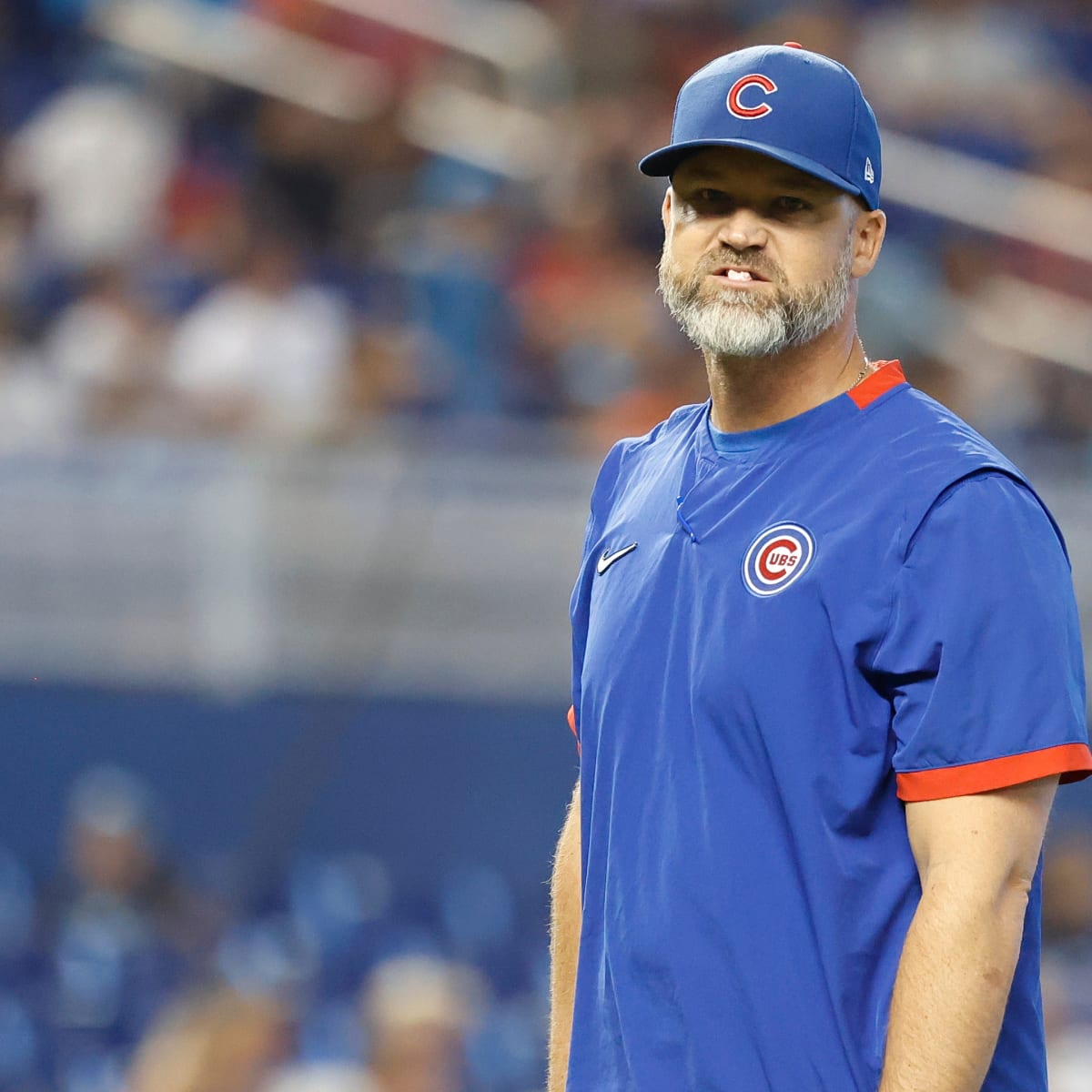 The biggest knock against Coco is his short experience as manager to this point - but let's go right back to the Cubs. Going through their own selloff after losing their famous manager, the Cubs have already hired recent club and fan favorite David Ross to oversee the down years, with no experience whatsoever - and he's done admirably! While catchers are typically thought of as having more game knowledge, center field requires its own share of awareness, and Coco is no slouch. The A's and Cubs are currently in a similar situation, albeit with different budgets. The crosstown rivals are immensely better at the moment, so the teams may as well hunker down and build to steal that market share back.

With Ross, the Cubs have an advantage that the A's don't in retaining fan interest during the down years - even if you're less familiar with the players on the roster, you know the manager! You remember his recent playing days and the good times he was a part of. 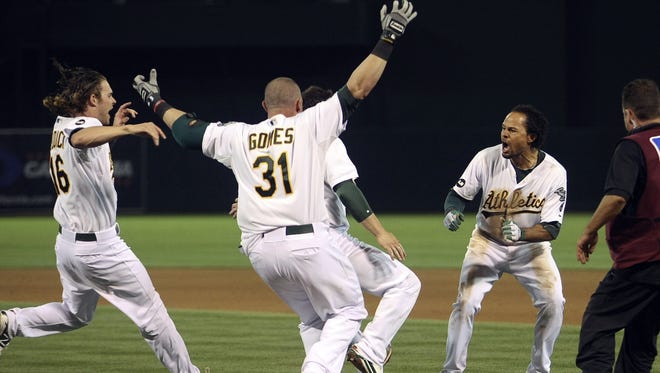 This is an opportunity for the A's to hire a recent fan favorite who has an interest in coaching as both an earned opportunity and a favor to everyone sticking around through some slow years here. This is a chance to reward Coco for believing in a team that most free agents scoff at. And this is our chance to remind everyone that for the time being, we are still the OAKLAND Athletics.

While we don't know if he would be interested in the job, I find it hard to believe he wouldn't, and I hope that he at least earns an interview during this process at some point.

To me? Just hire Coco Crisp as manager already. It's a no brainer.