Athletics Nation super-user BWH asked me to take a look at a couple guys who the A’s might be targeting for their 1st round (6th overall) selection. First up is University of Virginia’s Pavin Smith.

Smith stands in a 6-2/200 lbs. and plays 1st base for the Virginia Cavaliers. Smith throws and hits left-handed. Here are his college stats. (Sorry that doesn't look great.)

Smith also played in the Cape Cod League last summer and hit a respectable .318/.384/.444 swinging a wood bat. So the big question on Smith is whether there is going to be enough pop in the bat to justify a top ten pick on a first base only guy. With that in mind, let’s take a look at some of his swings.

If I had to describe Smith’s swing in one word it would be spin-y. Meaning there is an awful lot of spin in his swing with his trunk. Let’s watch a swing in slow motion to try to get a feel for what I am talking about. Notice how his belt loops never really stop, they just keep turning and turning. He gets his belt buckle way past the pitcher at contact.

Here are another couple frames at contact of other swings to show my point. 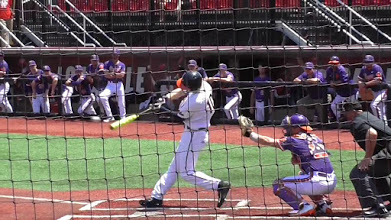 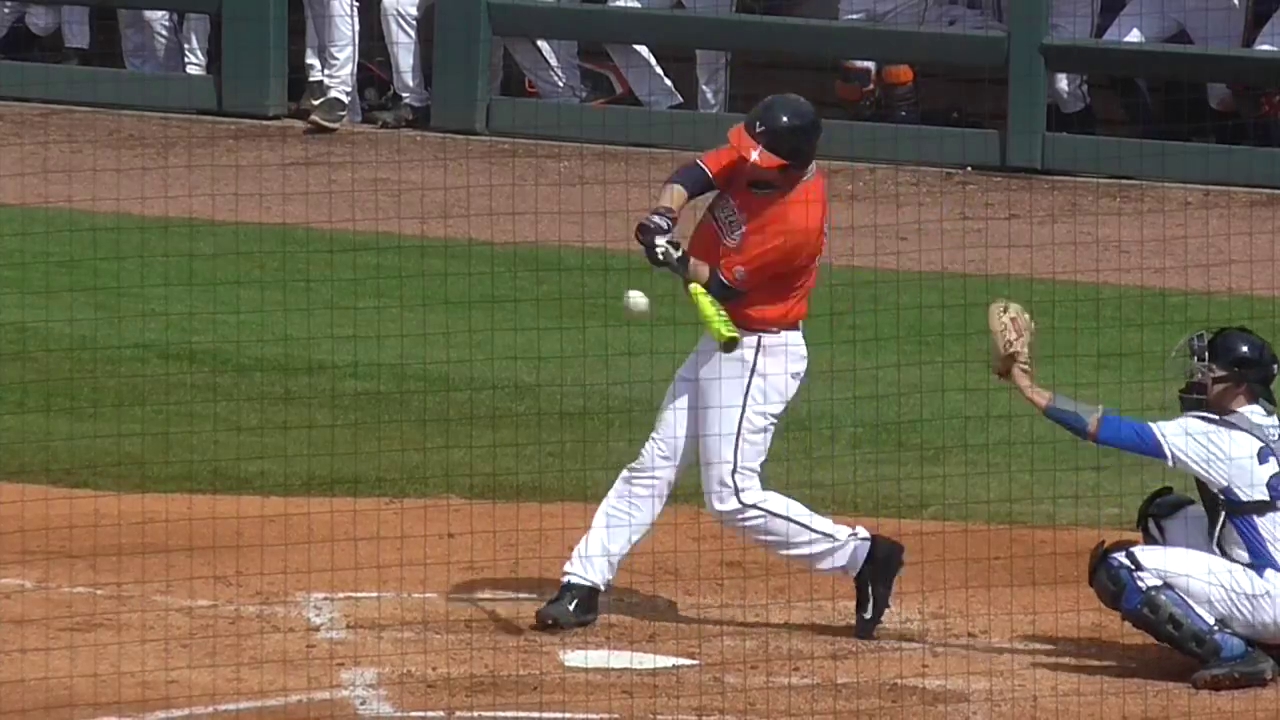 Why am I pointing this out? Basically there are two ways to swing a bat. The first is just turn like hell and hope the bat hits the ball. Everything works in one piece, kinda like a pinball machine flapper. The second method is to sequence body parts, starting one then stopping it, starting another then stopping it, until we get the finished product. An analogy would be ejecting a body out of a car. We slam on the gas, get some speed going, then slam on the breaks to eject your buddy setting in the passenger seat sans seat belt. Both the pinball flapper and car create a projectile, but one method may be better for hitting a baseball.

Maybe you have heard of a guy named Jose Altuve. He is a pretty good hitter and isn’t the biggest guy around. Let’s watch his swing and see which method he uses.

See how his belt buckle stops going into contact. Only after he has made contact does he even allow his pelvic to rotate toward the pitcher (on an inside pitch no less). He is slamming on the brakes (figuratively) to eject the bat from his swing to make contact with the ball. He is a big time sequencer, and that is how is able to get so much power from his frame.

You may be asking, "are there any guys who use the pin ball method?" Well, there are. The first one that comes to mind (brace yourself) is Jason Heyward. This swing is from a few years back, I quit following him so I’m not sure what his swing looks like now.

See the similarities with Smith, right up to how they finish on the lead foot. Altuve above is driving through the heel, producing a different look at finish. Pinball guys just rotate over that foot. I will say I think Smith is a little better than Heyward here. Heyward just turns like a boss and takes a pass at the ball.

I still haven’t explained why the pinball method isn’t preferred. The "problem" with it lacks some of the ability to adjust as the sequencing method. Everything goes into generating power. Take a look at some of Smith’s swings on lower pitches. See how his over-rotation blocks him off from getting down there with his body and driving the ball. It was quite remarkable how in just two YouTube videos of him I saw 5 swings like this. Something tells me he will see a few pitches down and away as a pro. Smith just looks like he is really working here just to put the barrel on the ball. Notice how the lead leg has to keep working, bending at the knee to support the high degree of turn. Typically you want to see the lead leg lock out, stopping it so it can support something else working.

What’s the verdict? In my opinion, Pavin Smith does not have an elite, super-awesome, Griffey-esque swing. He does decent things with the arms though I don't show it , but as a swing nerd I just can’t get past the spin-y aspect of his swing. Plus is hand path isn't the best.

But that is just his swing in a vacuum. Plenty of hitters succeed with less than immaculate swing mechanics. Buster Posey is another guy who demonstrates pinball-ish movements - though to a much, much less degree than Smith. (And Posey has a way better hand path. Yeah, Smith ain't Posey.) On the other hand Smith has demonstrated a history of putting the barrel on the ball and for power, so who knows. For what it is worth I will say he is a hitting instructor's dream: an already good hitter with room to improve on his mechanics. However, I wouldn't go as far to say improving hitters' mechanics is the A's minor league system's forte. Would I recommend taking him at 6? Ehhhhhhhh. I would have to take a look at some other guys on the board. Which I will do next time with Smith’s teammate Adam Haseley.

Side note: If he is still there with the A’s Competitive Balance Pick, Oakland should definitely draft Brent Rooker. Dude is a monster and I know the guys who helped him with his swing.