The year is 2008, and Yonder Alonso just finished his college career at the University of Miami. His stats are pretty impressive. Alonso’s slash line for his junior year goes .370/.534/.777 with 24 home runs (good for ninth in ALL of college baseball). The previous summer in the Cape Cod League he went .338/.468/.497 with four home runs swinging a wood bat. Between his freshman and sophomore years Alonso went deep a combined 28 times. Here’s the best video I can find of him.

Alonso gets drafted by the Cincinnati Reds with the 7th overall pick and things begin to go a little south. Specifics of the organizational philosophy from that time are hard to find, so I am going to guess it went something like this:

Alonso: Hi coach. I’m Yonder Alonso. I just want to help the club the best I can.

Reds Single A Hitting Coach: Well damn son, that won’t play up here with these wood bats. Get the foot down early and hit the ball on the ground.

All jokes aside, something happened along the way. Take a look at a swing from the 2009 Arizona Fall League.

The thing that will jump out is the different stride. It is a "foot down early" stride. I’m not sure who or when started this movement in hitting, but it definitely was in full steam in the late 2000’s. Truthfully I don’t super-hate it, I just don’t like how a foot down early stride is typically done. It is typically done like Alonso above. It is a choppy, poorly timed movement. Things get started, then have to slow down, then things don’t know what to do and it just looks like hell (cough, cough Michael Choice). But more than that, the movement lacks conviction. It has no stones. It reeks of "I don’t want to get beat by a fastball so I better get started early". Watch guys who do an early stride like David Wright or Paul Goldschmidt and you will see it has an entirely different feel. 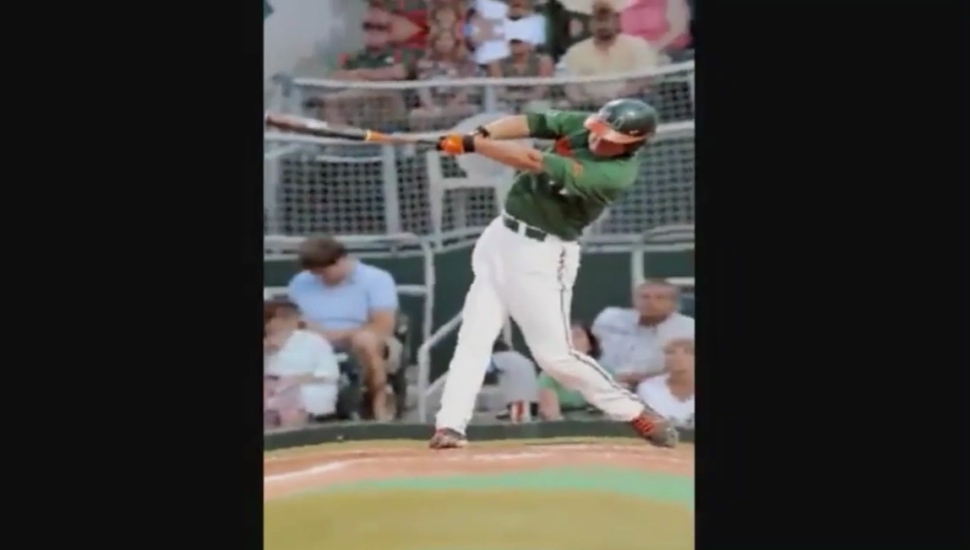 Notice how it isn’t rolled over. See how we can still see the top side of his elbow. This reminded me of a couple guys you may have heard of, Trevor Story and Nolan Arenaldo.

What all three of these guys are doing is basically refusing to let the barrel rollover to topspin the ball. They are doing everything they can to prevent it. They want to get under the ball and drive it. (Compare this position to a follow through of a tennis player who want to topspin the ball).

Alonso’s 2009 swing does feature this movement, though definitely not as strong. Instead of really staying through the ball, he’s content to roll it over through the infield. He is kinda mixed up, he has some moves for contact and ground balls, but remnants of a really nice movement for power.

Fast forward to 2016. Going into the 2016 season, Alonso had logged 353 games with the Padres and Reds and hit a combined 32 home runs. The same guy who hit 24 in 64 games his junior in college just didn’t translate his power to the professional level. Quickly skimming through his game footage from 2012-2016 shows similar swings as the 2009 effort, a mixed bag of movements and intentions resulting into way too many groundballs. (Culminating in 2015 with a whopping 1.77 groundball to flyball ratio. Woof!)

Of course, you know the rest of the story. Alonso decided to try a leg kick after the recommendation of Danny Valencia in late 2016. Then he decided to start doing some damage this last offseason. And so far in 2017 Alonso has 12 home runs in 38 games. For the first time in his career he is hitting fewer ground balls than fly-balls. And his swing…

Smooth. The leg kick? Who cares. Just a timing mechanism, something that allows him keep his swing flowing. Notice the front leg. Instead of being "What do I do? What do I do?" before, it has a role and is supporting the swing. And the follow through? 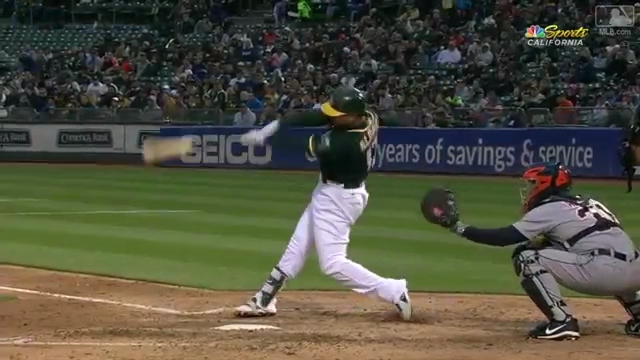 Notice the broken lead wrist? The refusal to roll-over is fully back. Staying through the ball like a boss.

So what does this all mean? Let’s use the patented Brewer Bullet Point System.

Well, I think that does it for this week’s Yonder Alonso story.