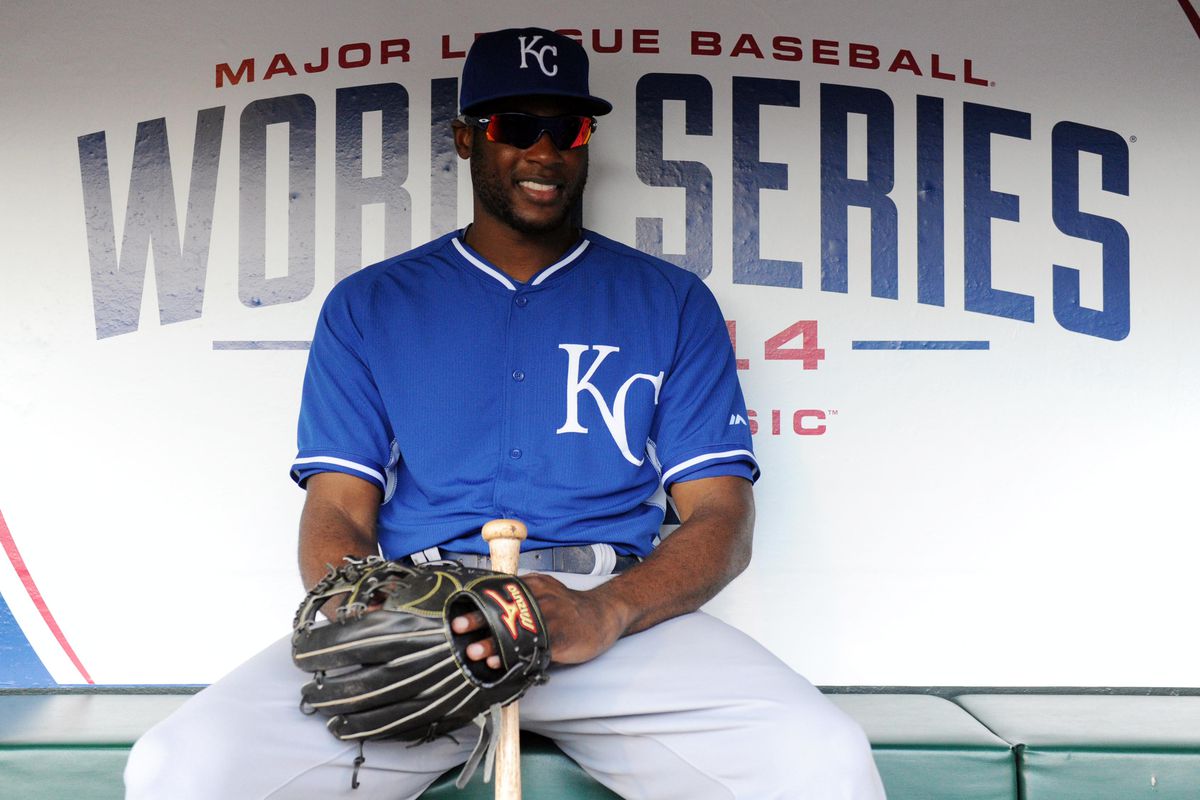 The team has been adamant about not wanting to trade key players, so most of this offseason is going to be done through free agency with the assumption the A's have ample spending room, without going totally crazy.

$14MM/season is the same AAV as Dexter Fowler, Ian Desmond, and Brett Gardner got at age 31, so I'll bump Cain to $16MM/season. Cain is a very nice fit for the A's outfield as a plus defender, plus baserunner, and an impact veteran with championship experience on a younger club. The contract could be frontloaded or bonused out somewhat as well, but the A's should be able to afford Cain's asking price without much effort.

Recent signings of Fowler, Alex Gordon, and Jason Heyward should lower the asking price a tad. A fifth year would not be a dealbreaker, but anything past 5 would have to be team options. After the legitimate attempt at Edwin Encarnacion last offseason, Lorenzo Cain now lines up as a perfect fit for the A's largest money free agent signing of all time.

Let me start by pointing out Vargas put up 3.8 bWAR last season, while Kendall Graveman's 2.1 was the highest on the A's entire pitching staff. I see a Vargas signing in the same mold as the Kazmir signing before 2014 - so let's just give him Kazmir's contract, but with a team option.

Vargas again would be an impact veteran on a very young pitching staff, and hopefully Vargas and Cain like each other (or at least like the small degree of familiarity) and help the 2018 A's repeat the 2015 Royals experience. Vargas seems to be aging gracefully, and has been very effective his last two full seasons (2014 and 2017.) While he dropped off a bit at the end of 2017, that can be attributed to fatigue after missing most of 2015 and 2016. If he performs well, the A's could get another crafty veteran lefty (they like those) for two seasons at a moderate price.

Every year I propose picking up guys coming back from Korea or Japan, because they are regularly underrated. Last season, I was the loudest advocate of Eric Thames on AN, and this season my pick is Miles Mikolas. After flunking out of the Padres and Rangers systems, Mikolas went to Japan and put up a 2.18 ERA and 8.0 K/9 as a starter over three seasons.

Let everyone else freak out over Otani, Mikolas could be the value pick this season. Obviously Otani is better, but there is no reason to believe he would come to Oakland. While Mikolas will obviously come back down to earth, his improvement seems to be mechanical and therefore a good investment.

As a personal preference, I would rather pay Ellis $2MM to be backup catcher than Phegley for $1MM. Ellis has great leadership abilities, and seems to be one of the types of players who gets hired as a manager the second they retire.

Only one trade this offseason. I am firmly on board the #TradeBarreto train, as I see his strikeouts as a flaw, and prefer Shrock or Semien as second basemen of the future for the team. That's not to say Barreto is bad, and he's a great fit for Miami as they look to trade off Dee Gordon this offseason and already dealt Hechavarria at the deadline. Healy then replaces Martin Prado, another lock to be traded away. Hahn could prosper again in the NL, and Martin doesn't have much of a future in Oakland. Four pieces that would improve the Marlins, but are expendable compared to the A's m ain core.

In return, the A's get one of the NL's best starting catchers, and a breakout closer with one of the coolest names in baseball. Realmuto has put up a combined 7 bWAR over his first two starting seasons, and profiles as one of the better hitting catchers in the league. However, Realmuto has also put up positive defensive numbers overall, and is a genuine two-way player, which can be hard to find at catcher. Barraclough provides healthy closer competition for Treinen, and guarantees a strong back-of-the-pen arm going forward.

THIS TEAM CAN WIN THE WILD CARD.