You can't tell from here but he's like two feet off the ground. - Kim Klement-USA TODAY Sports

First things first, I thought about going alliterative in the headline, but..... 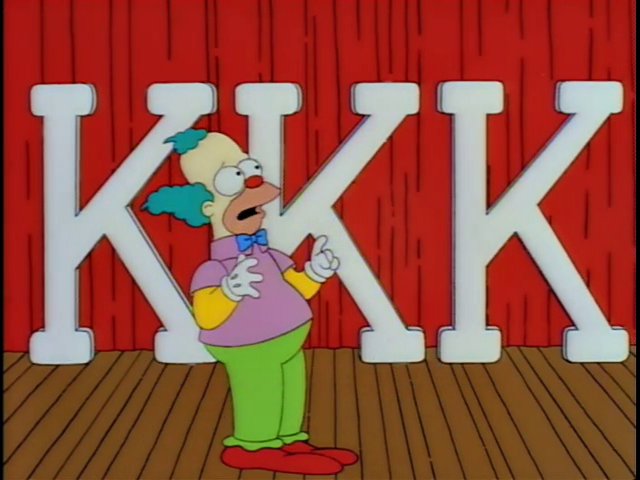 So, anyways, instead of spamming every thread with professions of love for Kevin Kiermaier, I'm gonna condense the whole case for him into one elegant internet baseball blog post. (I also reserve the right to spam every g-d thread on this website. Fight me.)

What is Kevin Kiermaier?

Kevin Kiermaier is the best defensive outfielder in Major League Baseball. He catches everything. He's suuuuuuuper good, you guys. His career UZR/150 in CF is +31. DRS has him at +59 in 219 games since the start of 2015. And he's not a zero at the plate, with a career wRC+ of 103. A recent Fangraphs article detailed his improved plate discipline. Another stat I occasionally look at is "percentage of plate appearances that end with the hitter ahead in the count, vs. behind in the count". It's a quick-and-dirty thing that I look at, and I'm sure there are better ways of measuring plate discipline, but as a general rule I think any player who gets ahead in the count more often than they get behind in the count is a good bet to produce. Kiermaier this year has been ahead in the count at the end of 37.5% of his plate appearances, and behind in only 27.6%. He's a smart hitter, it would appear.

Why do we need Kevin Kiermaier?

Well, everyone needs a Kevin Kiermaier. He's a star. But the A's, in particular, could use him because there is nothing in center field right now. It's easy for some A's fans to overlook how vital center field is to a roster, since we've been pretty stable since 2010 when Coco Crisp came over. Obviously the last two seasons have been a parade of horribles, as Crisp was moved to LF in favor of an ill-fated Fuld/Gentry platoon in 2015. That was then bailed out by a flash-in-the-pan half season from Billy Burns, which has now given way to Jake Smolinski: Center Fielder. Jake Smolinski is a corner outfielder, not a center fielder. There's Brett Eibner and Jaycob Brugman, but neither are good bets to be everyday options in center, though I can certainly see a major league future for both of them in Oakland.

Also, this cannot be overstated, the A's are the worst defensive team I have ever seen. According to UZR, they are one of the worst defensive teams of the past decade. The Cubs have been over 130 runs better than the A's on defense alone, through like 125 games. A lot of that can be resolved by replacing Danny Valencia and Jed Lowrie on the infield, but center field has been a nightmare as well. Between Smolinski's less-than-great speed, the remains of Coco Crisp trying to run down balls in the gap, and the departed Billy Burns, Oakland's center fielders have been flat out bad on defense. Replacing that with a gold glover is a significant move.

The A's have allowed more runs than any team in the American League except the Twins. That is a major problem, but it is a fixable one. It is the kind of problem that warrants a significant roster move or two. The A's simply won't be able to compete without drastic improvement to their run prevention. Of course that's something that will start with the rotation, but I am guardedly optimistic about a Sonny Gray bounceback along with full seasons of the new-and-improved duo of Kendall Graveman and Sean Manaea (oh, and ANDREW FREAKING TRIGGS).

The run prevention side of the ledger is the big part of the math problem we need to fix. However, I can be convinced that replacing Valencia's glove at 3B, adding Kiermaier in CF, and getting ~81 starts from the trio of Gray/Graveman/Manaea will result in a team that's in the top-5 in the AL in runs allowed.

Why Would the Rays Do It?

Because we'd offer them something they cannot refuse? Hopefully?

Look, this is the Rays. They are as bad as the A's this season. The difference is that they are probably more open to a typical rebuild than the A's are. Kiermaier, who is under control through the 2020 season, is a tough thing to give up. But the Rays can dream on long-term, high-upside prospects more than the A's can. Because...

The A's Most Valuable Trade Chips May Not Be Valuable... to the A's

Hear me out. If you look at most independent prospect rankings, you'll see two names at the top of the list: Franklin Barreto and Grant Holmes. These names are certainly familiar to anyone reading this, but what's important to note here is their youth. This may be a matter of inventing a pattern where one does not exist, but I'm fairly convinced that the A's don't have any interest in playing hitters who are outside of their prime years. Sure, many players excel at young ages (Bryce Harper, Mike Trout, Carlos Correa) and many players remain great in their mid-to-late 30s (Ben Zobrist, David Ortiz, Ian Kinsler). But as a general rule, hitters will be at their most productive between the ages of 24 and 30.

Further, the A's ostensibly swapped out a super-talented 20 year-old in Addison Russell in exchange for a not-quite-as-talented 24 year-old in Marcus Semien. That most likely was not totally by design, but there is a lesson in the career arcs of these two to date. Any analyst will tell you that Addison Russell will have a better career than Marcus Semien. But Semien is arguably out-producing Russell in 2016 (remember to keep a caveat in mind when looking at Russell's raw stats this year: he spent a lot of time batting in front of a pitcher). Russell had immense value when he was traded, Semien did not. Semien was part of a package, while Russell was basically the whole package.

Russell and Semien will both hit free agency at about the same time, and will hit arbitration at roughly the same time. The likelihood of the A's extending Russell, or any star player, past his first six years is slimmer than it is for most teams. This isn't an organization that likes to wait around for production. Therefore, on the whole, you can say that Semien's 24-29 seasons will be roughly equivalent in production to Russell's 21-26 seasons, due to the fact that Semien is in his prime, while Russell is still approaching his. So why not cash in the value of Russell and replace it with similar production, plus a whole bunch of other stuff? That's what the A's chose to do, and it doesn't look like a bad strategy right now. Calling up a player at 21 starts his service clock and limits the amount of prime years you get from him. So maybe we can pass on 21 year old major leaguers? This is a general rule, of course, but I don't think anyone can expect Barreto to do what Correa or Trout or Machado have done. Barreto's good, but he's not THAT good.

Adding to my belief that the A's don't have much interest in playing players under the age of 24, look at the prospects they have targeted over the years. They have made a LOT of moves, but the hitters they target are generally older. Since 2011, only Franklin Barreto and Jacob Nottingham were younger than 23 at the time they acquired him. Nottingham, of course, was already used as a trade chip. Which is, I think, the best thing to do with these guys. Waiting makes sense for some teams, but I'm not willing to potentially waste a season with the rotation we have shaping up.

So when you look at a guy like Holmes or Barreto, you have to keep two things in mind:

Sure, it's easy to dream on Barreto, and I have little doubt that he will have an excellent career. But his prime is statistically unlikely to start before 2020.
Wait, So We Are Giving Up Barreto?
I mean, sure, why not? Seriously, why not? We're gonna count on a 21 year-old next season? Or a 22 year-old in 2018? Or a 23 year-old in 2019? That makes sense for a traditional rebuild. But we don't do that, and frankly I don't want to start. I would be willing to bet that Kevin Kiermaier will produce far more than Barreto will over the next 3 seasons, but I still think dangling Barreto for Kiermaier will get the Rays on the phone.
It's always tricky to try and value a trade asset, but you'd have to think that a package that included Barreto and (yes, AND) Holmes would make it hard to pass up. I'm really not afraid of the downside to a move like this. It may be a ton to give up, but the A's need a center fielder, particularly a left-handed one. Any lefty-hitting CF is a good fit on this team, but a 27 year-old gold glover with 4 years of team control? That's the perfect fit. It's such a great match for this team. It's rare that something that solves so many problems could be had. The fact that the platonic ideal of an Oakland A's trade target is currently on a team that's known to deal players at any time, and may be looking to shake up their roster, is an opportunity. I don't think we should let it go to waste.
I know, it's totally possible that he's flat-out untouchable and the Rays hate Franklin Barreto, etc. Still something to think about, no?