Hello Athletics Nation. Long time no blog. We can discuss that more in the comments if you like, but let’s get right to it. Sunday I had the good pleasure to take in a Ports game and I just-so-happened to have my camera with me to capture some swings of A’s prospects Matt Chapman and Franklin Barreto. I’ll focus on Chapman on this post and will tackle Barreto in a few days.

Before we start, for those of you who aren’t familiar with me let me lay the foundation. My name is Jerry Brewer and I have an interest in swing mechanics. From time-to-time I have done these amateur scouting takes to show how the A’s prospects are doing. It is just a snapshot of how they look the day I see them. So take it with a grain of salt. I don’t know much/anything about their approach, any swing changes going on, nagging injuries, etc. I just report on what I see. But hey, this is Athletics Nation not a dissertation defense so let’s get rolling. (Pro tip: give the page a minute to load all the files. If viewing on a mobile plan close page quickly. Lots of bandwidth on the videos.)

Let’s take a look at Chapman swinging the bat. Here is a video compilation of most the swings I saw from Chapman.

Now we can spend some more time on each of the at-bats.

Chapman’s first at-bat resulted in a ground-ball to the second baseman on a 90 mph 2-2 pitch.

Watching it from the side I thought Chapman got jammed, but the pitch tracker had the pitch out-over the plate. 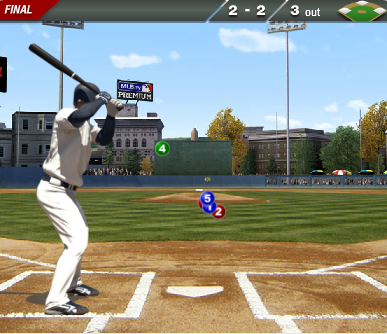 Here’s the pitch location – inner half. 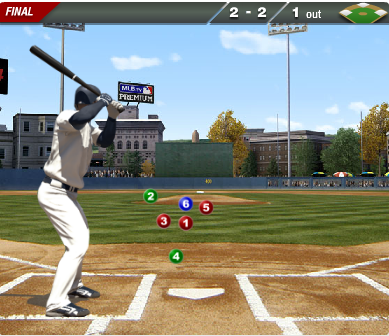 Third at-bat Chapman got under the first pitch (90 mph) for a flyball to left field. 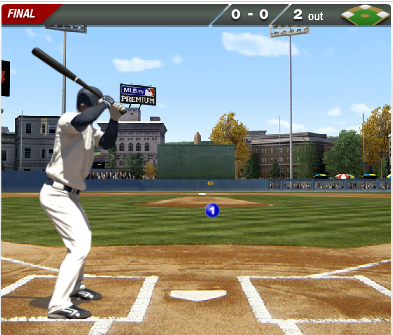 His fourth and final at-bat Chapman took the first offering (90 mph) deep for a home run to right field. There was a pretty good breeze blowing out, and the homer barely cleared.

Here’s the pitch location. Again, I thought Chapman was jammed but the pitch was on the outer third. 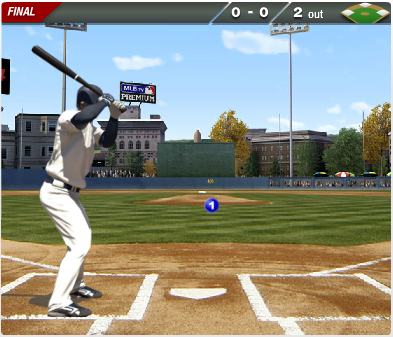 The first thing I noticed about Chapman is his pre-pitch routine. Shown below, I know it is pretty boring.

Chapman is pretty quiet in the box, bordering on statue-stiff. Usually I like to see a little rhythmic motion going to help prevent the body from sticking (preventing static inertia). Chapman does nothing but move the bat around a little with the hands. Nothing "wrong" about that, just kinda stiff.

From there, Chapman has a quiet stride to get into position to the swing the bat. A couple nit-picky points. Chapman rushes the hands into position at a quicker pace than his lower body at the very start of the stride. It puts him a little rearward balanced with his body way behind his lead leg. This causes him to "stride up-hill" with the lead hip higher than the rear. Because he starts the hands back so quickly, he finishes his stride with the front shoulder pulled back pretty far. This is something we will see impact his swing in a second.

I like to see a better movement through the rear hip to setup the swing a little better, like these guys. (Sorry to show Donaldson, just can’t help it.)

From here Chapman does a pretty good job initiating his swing. Because of his body alignment, he really has to get a big push from the rear leg to catch up (Buster Posey has a similar move, though timed a little better). The last frame I am not terribly crazy about. Chapman’s early load of the hands puts a big inward turn on the shoulders, a turn he doesn’t quite "un-turn." At this point in the swing, I would like to see the front shoulder opening up more forcefully to put the bat on plane. The lead elbow is working a little too directed at the ball, where I would like to see it work up and around.

He has the look of getting jammed, but the pitch is on the outer half. Good shoulder turn can be seen in these guys. Notice how the lead arm is working up.

Moving into contact, Chapman really looks like he got beat. He swung at the first pitch, so it is possible he wasn’t ready. In this swing his arms have to make up for somewhat poor torso position.

Looking at the other fastballs Chapman put into play, we see the same pattern of the front arm bending to make up for the front shoulder not turning quickly enough. He looks jammed but neither of these pitches were on the inner half or had high level velocity.

Summing up Chapman’s swings with good and bad points. Good: the best thing I saw was the adjustment to the change-up. Chapman did a really nice job buffering his swing with the front leg. Really nice there. There’s nothing terrible or even bad about his swing, it just could benefit from a little tuning of the sequence of things. Bad: rushed first move of the stride has snowball effect in his swing. Yes, Chapman hit two home runs, but we are looking for ways to improve, right? I worry about Chapman if pitchers come inside or with more velocity, but until I see more I shouldn’t say anything definitively. Biggest thing I think just a little time cleaning up his stride would pay big dividends on his production. Chapman also might be somewhat aggressive. I saw him swing at two first-pitches and he hasn’t drawn many walks in his pro career. Athletics Farm just noted Chapman is indeed tasked with improving his plate discipline.

Predicting someone’s future twenty-games into his first full season is rarely a good idea. From my very small sample size, I was neither overly impressed or overly concerned watching Chapman. I did get to see him make a throw fielding a slow roller that may have broken the sound barrier. The arm is for real. Will the bat catch up to the defense? Time will tell.

If you are interested in more information about swing mechanics, check out my site here. I don’t sell any products or even have a newsletter, just free information.