(Editor's Note: This is one of our Spring Training Auditions, with community members trying their hands at recapping games. Feel free to post any polite, constructive feedback/criticism in the comments section, and if you really really like the recap then find the green button at the bottom that says "Rec" to show it some extra love. Click here to revisit today's Game Thread preview.)

Editor's Update: Below is the official A's press release regarding Sam Fuld's trip to the hospital. Sounds like good news!

OAKLAND, Calif. - The Oakland Athletics announced today that CT scans were negative on outfielder Sam Fuld. The tests were performed at Scottsdale Healthcare Osborn Medical Center. Fuld will be reevaluated tomorrow and is day-to-day.

Fuld left the game in the seventh inning of today's A's vs. Rockies game at Salt River Fields. He was hit in the jaw by an errant throw from the shortstop while running to first base.

And now back to your regularly scheduled recapping, courtesy of OcoCisco.

Well.. Our community has faith in Super Sam since he easily won the poll 67% to 33% (53 to 26 votes). Fuld's force out allowed Sogard to score a run in the top of the seventh, which would be the deciding run in a three to two win over the Rockies. However, Fuld was hit in the jaw by an errant throw while running the bases towards the end of the game. Officials told reporters he would head to a hospital to receive a CT scan. Let's hope Super Sam is okay and just needs a day off.

Overall, Fuld and Burns had great performances. Fuld would strikeout twice but also collect two RBIs. Burns continued his hot streak with two hits and a walk. The A's five other hits came from several other players including Davis in his return from the back soreness. Wendle, and his no-glove approach, was able to get a hit and a RBI. He now has a slash line of .333/.394/.433 with thirty at bats.

Jesse Chavez had an interesting day on the mound; he allowed two earned runs from a total of six hits but also had five strikeouts in only four innings. Some commentators out there still believe Chavez would be better suited for the long-relief role. However, it was not too long ago he caught the attention of a notable baseball writer from Fangraphs.

Lastly--for all the Venditte hopefuls--the switch pitcher was given two more innings of work and was able to get a strikeout while only allowing one hit and one walk. What his fate will be nobody knows, but it would be fitting for the A's to be the only club with a switch pitcher on their roster.

It was a great day overall for the Greencollar fanbase, as the A's won both games and continue to have a nice Spring Training in spite of all the new faces. 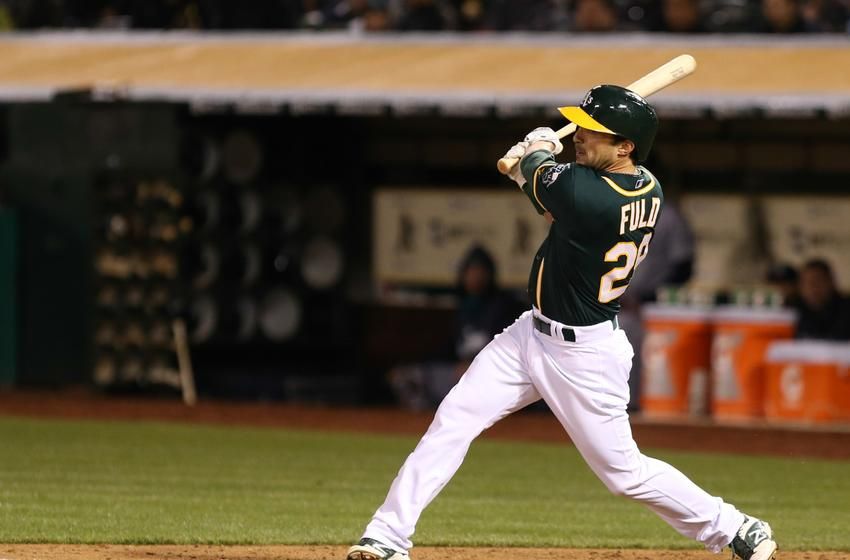