With the A's and Astros squaring off for three games, I asked Ryan Dunsmore of The Crawfish Boxes a few questions about his favorite team. Here's what he had to say!

September didn't get off to the resurgent start that Oakland Athletics fans were hoping for, but perhaps a few games at home against the Houston Astros can change that. The Astros are no longer pushovers, as they've taken four of the nine games that these two teams have played in the second half. Oakland really needs to take at least two of these three contests in order to begin the club's push to hold onto a Wild Card spot.

Shark and Hammel are both on fire, in the good way -- Shark is coming off back-to-back eight-inning masterpieces, and Hammel has allowed only one run in each of his last two starts. Kazmir is on fire in the way where his pants are ablaze and everyone says to him, "Man, you're on fire" and he responds with something like "Yeah, I know, I'm hot, right?" and then everyone says "NO MAN YOU'RE LITERALLY ON FIRE WE NEED TO DUMP WATER ON YOU." In other words, the tragic kind of on fire. He'll be ecstatic to be facing someone other than the Angels, who tagged him for 13 total runs in his last two games.

Oberholtzer was good in his last outing against the A's in late July -- seven innings, two runs. Feldman got smoked by Oakland (six runs) in that late-July series, but rebounded to turn in a pair of quality starts in his next two tries (seven innings each, four total runs). Keuchel threw a four-hit complete game in late July, and then followed that up with seven innings and only two runs (one earned) in a victory in late August. The Astros have some pitching, y'all. Chris Carter is still en fuego, and Jose Altuve hasn't slowed down at all either. The rest of the lineup hasn't done much over the last couple weeks, though, except for Marwin Gonzalez and Carlos Corporan in limited playing time. These could be a few low-scoring games.

1. Houston (61-79, .436) is on pace to finish in fourth place (i.e., not last) with a 70-92 record. Given the last three seasons, each with well over 100 losses, does this feel like progress or just another wasted year? And if the latter, does it take some of the sting out to know that you'll likely finish ahead of the Rangers?

Dexter Fowler and the reason the Astros have playe

Dexter Fowler and the reason the Astros have playe

RD: Progress has been made this season for sure, the foundation has been set. The pre-Luhnow prospects have made to the big leagues and the farm system has gone from the bottom to the top in the rankings. 2013 was an evaluation of the talent in Triple-A, and 2014 is the year the prospects get experience.

The Astros have moved from three straight years of 100 losses to possibly 70 wins in a season. A 70-win season with a stable of inconsistent rookies, and a revolving door on the disabled list for the bullpen and outfield. A full season with the current roster with a free agent or two sprinkled in, this team could push for a .500 record next season.

2. You probably knew that Jose Altuve would be good and that George Springer would make a splashy debut. Who is one hitter who has pleasantly surprised you this year? Who did you have high hopes for that left you disappointed?

RD: I don't know how I couldn't pick Chris Carter for the hitter that surprised me this season. Carter goes from an all-or-nothing, home-run-or-strikeout hitter to hitting 13 home runs in 26 games. Chris has been less picky with pitches in the zone and had tremendous success simply trying to put the ball in play.

On the flip side, Matt Dominguez has been disappointing. Dominguez looked like a steal after the Carlos Lee trade with the Marlins. He hasn't moved in a positive direction all season long and is at the bottom or near the bottom in every metric for third baseman in Major League Baseball. Dominguez is a 25-year old player who has started for two seasons, he still has time to turn things around.

3. Same thing, but with pitchers. Who made the biggest mark in the rotation this year, and who made you feel let down? Was there a particular reliever who unexpectedly stepped up?

RD: I could go with Dallas Keuchel, Brett Oberholtzer, or Brad Peacock. All three have surprised me with their reliance this season. Each pitcher has had a stretch of rough starts and bounced back to pitch even better. My real choice is Collin McHugh. McHugh came to Houston from Colorado this off-season touting an 0-8 record and 8.39 ERA in his career as a starter. Now he has a 2.89 ERA in 22 starts. The mix of his curveball and two-seam fastball have been deadly.

As for a disappointment, can I have a tie? I'm going to go with Jesse Crain and Matt Albers. Both have missed the majority if not all of this season with injury. I'm disappointed because this team could have used two more veteran arms in the bullpen -- Houston has the second-worst bullpen ERA in baseball at 4.91. 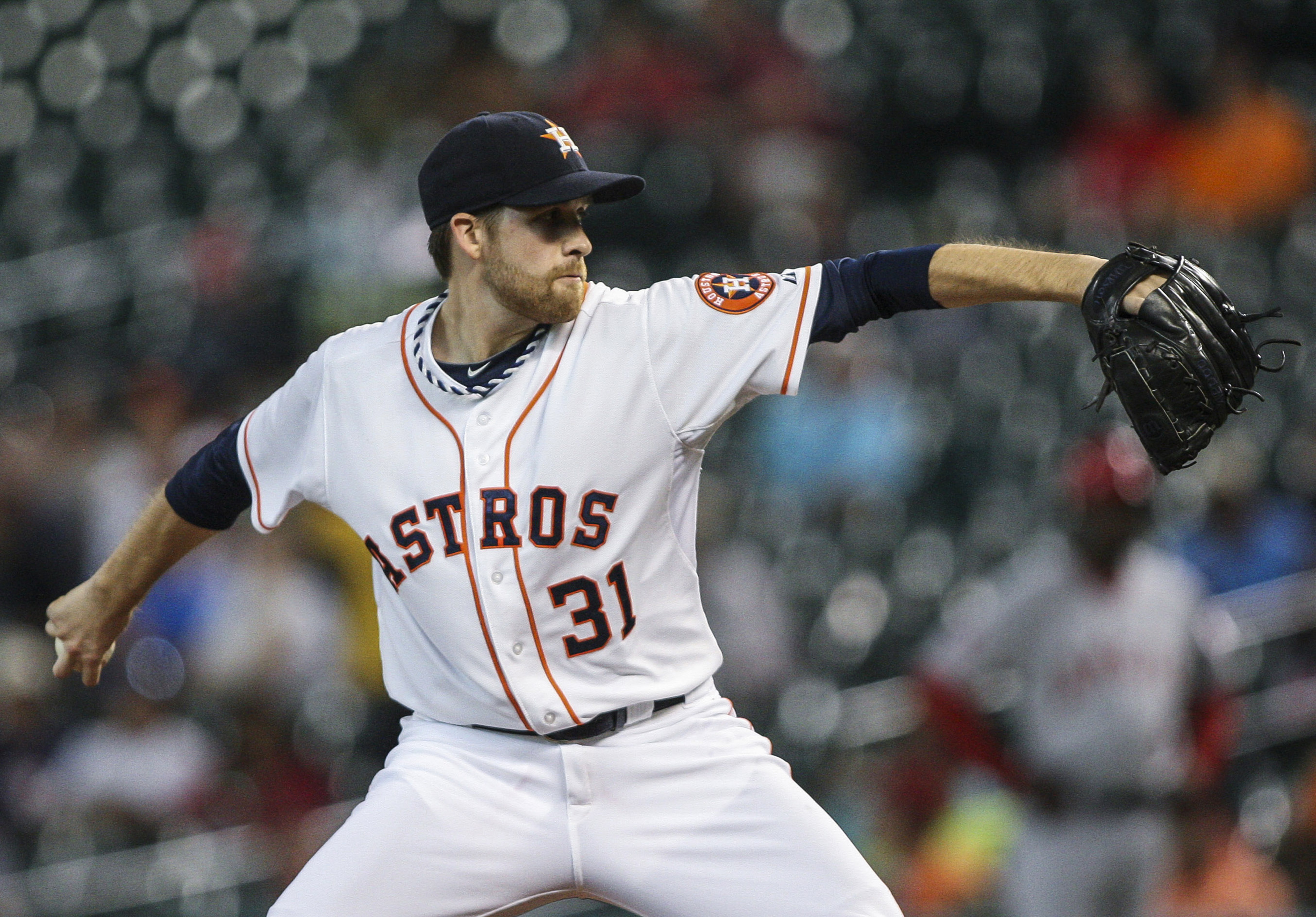 4. Bo Porter was recently fired as the Astros manager. Good move, bad move, or irrelevant? Why?

RD: I personally say it's good move, but overall it's a negative for the organization's image. The reason for Porter's departure was a growing void between he and general manager Jeff Luhnow. The example repeatedly given was an instance where Luhnow brought in (first-overall pick in the 2013 draft) Mark Appel to pitch in front of Astros pitching coach Brent Strom. Luhnow didn't inform Porter or the players that Appel would be pitching in the major league bullpen at 9am -- well before the other players were scheduled to be on the field. Porter is the hands-on kind of guy who would take offense to this lack of communication, and it appears discontent only grew from there.

Not to put this all on Porter. Luhnow stated when he first hired the former third-base coach for the Nationals, he wanted a manager who could grow with the team and stay past the losing seasons. Luhnow must have a manager on the same page with his plan for the team, and it's his right to go a different direction. But, this is just another move that's building the growing trend of second guessing Jeff Luhnow.

Who are the Astros managerial candidates? Jeff Luhnow is the Face of the Astros

5. Do the Astros have any intriguing September call-ups for A's fans to keep an eye on?

RD: For starters, there is a former A's farmhand. Catcher Max Stassi is back with the big club after a season with Triple-A Oklahoma City. Right-handed pitcher Nick Tropeano is a top-20 prospect for the Astros -- sporting a low-90s fastball, plus changeup, and quality slider. 'Nitro' looks to have a future as a  back-of-the-rotation starter.

6. Can you please write us a haiku or a limerick about Chris Carter and his suddenly legendary power stroke (13 homers in last 26 games)?

RD: Why change what is already perfect?

Thank you, Ryan, for participating in the Q&A! And for giving us so many great answers all season long!

The series starts tonight. First pitch is scheduled for 7:05 p.m., Shark vs. Oberhockey. Dunn is in the lineup against the lefty! But so is Callaspo. D'oh. #FreeAndyParrino