The Oakland Athletics will try to win their first series in five tries today as they face the Seattle Mariners at Safeco Field. First pitch is at 1:10 PM Pacific Time. The A's last won two out of three in a series against the Houston Astros between August 25-27. The A's are also trying to win consecutive games for the first time since August 22 and 23, when they beat the Los Angeles Angels at the Coliseum.

Jon Lester takes the hill for the Athletics, sporting a 14-10 record and a 2.52 ERA that is good for fourth-best in the American League. His only start against the Mariners this year came with Oakland on September 3, a hard-luck 2-1 after giving up back-to-back home runs to Kyle Seager and Corey Hart. The Athletics had only three hits in that game, the only run coming on an Adam Dunn solo home run.

Opposing Lester will be Chris Young. The journeyman 35-year-old has faced the A's five times this year. In his most recent start against the A's on September 1, the A's knocked Young out of the game after ⅔ of an inning charged with two walks, four hits including a home run, and five earned runs. Overall against Oakland, Young is 1-2 with a 4.35 ERA in 20⅔ innings pitched. He has given up as many walks as he has struck out Athletics, five.

The A's repeat their lineup from last night that earned seven hits in seven innings and a lot of loud contact against Felix Hernandez on Saturday night. Derek Norris has never faced Chris Young, likely because John Jaso or Stephen Vogt were behind the plate for each of those starts.

The Mariners made a few changes to the lineup that scored two runs on Jon Lester on September 3. Most notably, Justin Smoak gets the start at first base, he is 5-for-13 with two doubles against Lester in his career. Jesus Sucre will get his first career plate appearance today, he bats ninth and catches for Seattle.

Maybe Rally Possum was our Jobu

I think I sat on a few opossums?

Jim Wolf has worked as an MLB umpire since 1999. According to Deadspin's Better Know an Umpire series, pitcher Randy Wolf is Jim Wolf's brother. You may recall that perhaps the only reason Chris Young is even with the Mariners is that Randy Wolf refused to sign a contract that included a clause that would have allowed the Mariners to release Randy within the first 45 days of the season.

Wolf's 3.53 umpire ERA slightly favors the pitcher, when compared to the MLB ERA of 3.75. He called Yusmeiro Petit's 84-pitch one-run game against the Arizona Diamondbacks on September 9: 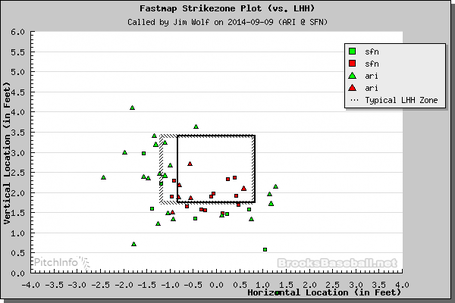 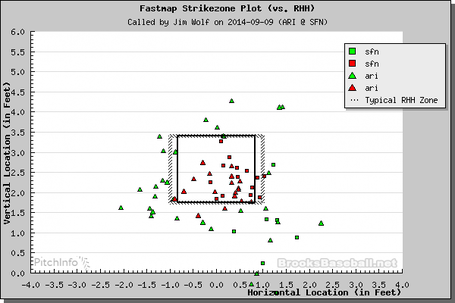