With the A's and Twins squaring off for four games, I asked Jesse Lund of Twinkie Town a few questions about his favorite team. Here's what he had to say!

The Oakland Athletics fell short in their attempt to sweep the Rays on Wednesday, and they stand at only 3-3 on what should have been a very easy homestand. However, they still hold a two-game lead over the Angels and they still have four games against the last-place Minnesota Twins before they hit the road. Hopefully, Oakland's bats will wake up against a Twins pitching staff that just does everything it can to avoid striking out hitters.

The A's will throw three straight All-Stars against their opponent, which is even more amazing because they were All-Stars for three different teams this year. Hammel finally won a start on Tuesday, even though he didn't pitch as well as his scoreless line suggested. Baby steps. We'll learn more about Pino and Hughes in the Q&A, and we all know Phil Hughes from his years on the Yankees -- either the A's will blow him up, or he'll go eight shutout innings. Of course, to completely contradict my claim in that last sentence, the A's scored four off of Hughes in five frames when they faced him in April. Interestingly, Sam Fuld hit a homer in that series -- for the A's. Note that, despite their poor standing, the Twins are 11th in MLB in runs scored thanks partly to being third in walks; Oakland is going to have to wake up its bats and out-slug them. Interestingly, both teams' pitching staffs are in the top five in terms of avoiding walks while both of their offenses are in the top three when it comes to drawing them. What will prevail, patience or pitching?

1. The Twins signed Kendrys Morales midseason, but his line of .234/.259/.325 with one home run in 39 games is probably not what they had in mind. What were the rebuilding Twins hoping for when they picked up a half-season rental like Morales, and has he fulfilled that goal? How much of his poor hitting do you think can be attributed to sitting out half a season and needing time to get back in the saddle?

JL: They were clearly hoping he'd hit. He had a penchant for driving in runs, but beyond that there wasn't much to get excited about. When the Twins signed him on June 8, they were 29-32 and the idea was they could hang around .500 a little bit longer with another decent hitter in the lineup. That didn't happen, and it's not all his fault even if he didn't help.

The backup plan, or perhaps more accurately the plan once the Twins truly did play themselves out of contention, was to flip him for a useful piece. Morales didn't hold up his end of the bargain in terms of production but Stephen Pryor (who they acquired from Seattle for Morales) is a project. And I say that in my optimistic voice, because considering how terrible Morales had been (58 wRC+, blegh) the Twins could have just been lucky getting someone else to pay him.

I think a part of his slow start has been due to a lack of facing live pitching and essentially having to hit the ground running, but rather than a slow start it may have just torpedoed his season. That 31 wRC+ in Seattle isn't worth Stephen Pryor. He looked older than 31 when he was playing, and it wouldn't surprise me to eventually find out that he was just cooked.

2. Which former Athletic has the fanbase grown most fond of: All-Star Kurt Suzuki, or slugger Josh Willingham, and why?

JL: Suzuki, simply because he's the hot hand. He's playing inspired. His pitchers all adore him and he's always smiling and he's a great guy with the media and the fans. Josh is, too, but he also has a Mr. Fantastic face -- all stoic, like it's made of the same stuff as his bat. And those shark eyes may not help.

More likely, if Hammer was going to hit 35 homers like he did a couple years ago, then people would love him just as much. Now, unfortunately, people see how the Twins kept him longer than they should have and they see that they weren't able to get anything for him before the trade deadline, and you know how it works -- fans project that crap onto the player. Not that anyone is nasty to him or that they don't appreciate him, but they see yet another failed opportunity from the front office -- and people are tired of that shtick.

I love Josh. He's at the end of his career and it wouldn't surprise me to hear that he'll retire after the season, but with his fantastic strike zone judgement and lightning-strike power, I honestly believe he can go somewhere and help somebody down the stretch. He'd be a great guy to go somewhere and bat sixth or seventh if a team needs a little supplemental thump, but he's not a bad choice to hit second if a team is desperate for someone to get on base at the top of the order, either.

My fandom for Suzuki took a big step forward earlier this week, though, when he took a relay from Brian Dozier in shallow right field and dove to tag out Yasmani Grandal at home. In that moment, not flipping Suzuki at the deadline looked like a great idea. 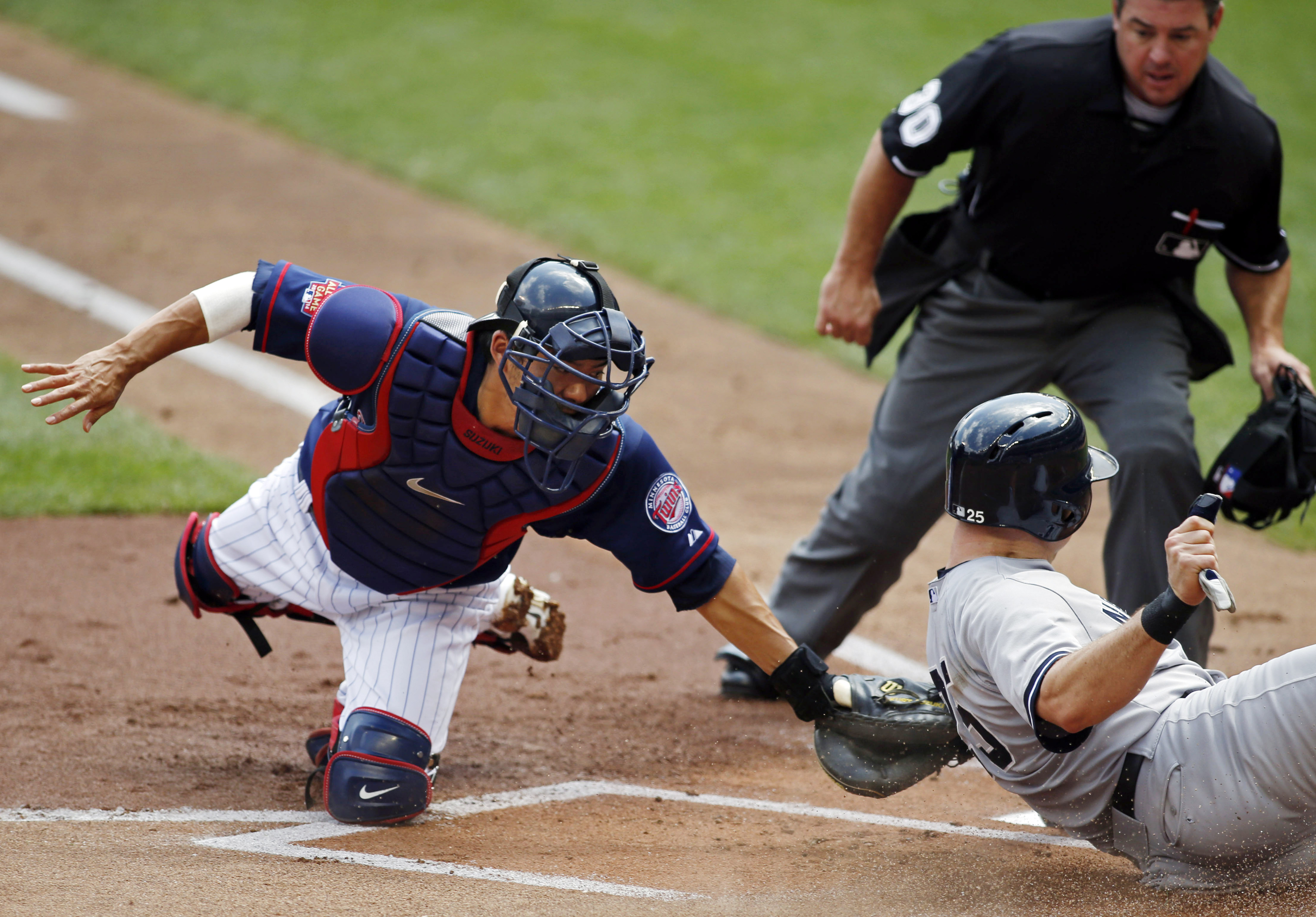 Kurt Suzuki has gone the way of Terry Steinbach, becoming a fan favorite in Minnesota after his time with the A's. -- Photo credit: Bruce Kluckhohn-USA TODAY Sports

JL: He's a great energy guy with a positive attitude -- something that we've been desperate to see more of these last couple years -- who has shown a surprising amount of defensive versatility. Santana has a nice arm but he's the only true shortstop in the system until Niko Goodrum (who may not pan out) and, below him, this year's fifth overall pick Nick Gordon. Everyone else, including Jorge Polanco, is better-suited for second base. So it was a surprise to see him playing center field. But he's been more than adequate.

The offense is a surprise and unsustainable. Santana has plus contact skills, but that means he fights himself to take a walk. I'm not sure if it's an issue of being too aggressive, or if he just has too much faith in his ability to make contact.

4. We feel like we know Sam Fuld, but really the A's have only had him for 13 games this season. Is there anything we should know about him that we may not yet have picked up on? What would be your scouting report for an A's fan who hadn't yet seen him play? Who will take his at-bats in Minnesota now that he's gone?

JL: Just think to yourself: outfield Nick Punto. You've got it down. (Editor's note: That's exactly how I described him when Oakland signed him in April!)

The guy taking his at-bats for the Twins is Santana. In Minnesota, Fuld held down center most of the time with Santana spotting him and then getting starts at shortstop, but without a true center fielder on the roster. (Aaron Hicks isn't ready, obviously, and Byron Buxton won't be ready until next year and isn't on the 40-man roster anyway.) Danny is all there is.

It's amazing. Right now our starting and backup center fielders are actually shortstops.

5. How do Twins fans feel about the acquisition of Tommy Milone -- excitement, indifference, disappointment, etc.? Do you think we'll see him pitch in this series?

JL: Casual fans are indifferent, and those who delve a bit deeper understand that Milone is great value for Fuld even if he's just "another" Twins-prototype hurler. Having a lefty with multiple years of team control has value, even for a team desperately looking for talent more than depth in the rotation.

It will be interesting to see how the organization shakes down the rotation for Opening Day next year. Ricky Nolasco, Phil Hughes, Kyle Gibson, Alex Meyer, Trevor May, and Tommy Milone look to be the top six options to return, but there are a number of peripheral guys (not the least of whom is Mike Pelfrey) who will all have to go somewhere. It wouldn't actually surprise me to see the Twins shop Milone for a bat over the winter.

6. A's fans might not be familiar with 30-year-old minor league journeyman Yohan Pino (Thu starter) or 26-year-old almost-rookie Kyle Gibson (Fri starter). What is the scouting report for each of those pitchers?

Who starts Saturday for the Twins?

Who starts Saturday for the Twins?

JL: Pino was always a fringey prospect that the Twins flipped to Cleveland for Carl Pavano in 2009. That was a good trade, but Pino came back over the winter on a minor league deal. He had a fantastic season and finally made his Major League debut when Minnesota needed a couple of arms and wasn't ready to bring up Meyer and May. He's a soft-tosser but has plus command, and he has a good slider and decent curve that mean he gets quite a few chase swings when he's on his game. He leans on his off-speed stuff quite a bit, which is probably for the best with a fastball that sits 88-89.

Gibson has been feast-or-famine all season, and luckily it's been more of the former. His strikeout rates are surprisingly low for a guy with a minor league history of striking out eight per nine innings, but superb ground ball rates make it difficult for teams to string together big innings -- he's given up just eight homers in 121 innings. His best two pitches are a low-90s two-seamer that generates some good movement and a mid-80s slider. He also features a four-seamer that he can dial up to 93 or 94 and an upper-70s change. He'll show a curve, but it's a show-me.

7. Closer Glen Perkins made his second straight All-Star Game this year, and deservedly so. Who else should A's fans look out for in Minnesota's bullpen?

JL: Casey Fien has had another really good season, flying under the radar as a shut-down set-up man. He's very competitive and likes the big moment -- not bad for a spring training invitee from 2013.

Brian Duensing has had another good season, even if the strikeout and walk rates aren't as strong as they've been in years past. He was a dark horse to be dealt by the deadline and he could still go in August due to the money he'd be due through another year of arbitration this winter. Caleb Thielbar has been good as a third lefty out of the bullpen. Jared Burton's flash-in-the-pan looks like it's fading.

8. Can you please write us a haiku or a limerick about Joe Mauer?

JL: I'll write four, with a combination of cynicism, self-deprecating humor, and the soulful malaise of a Twins fan that has built up over the last four seasons.

Twenty-three big ones
still sitting on the DL
We deserve this, right?

It could still be there
Time seems to fly too quickly
Come back, Golden Boy

Thank you, Jesse, for participating in the Q&A!

The series starts tonight. First pitch is scheduled for 7:05 p.m., Lester vs. Pino. Jed Lowrie is still out, so Eric Sogard is starting at short again. Coco is leading off, and Fuld is not in the lineup. 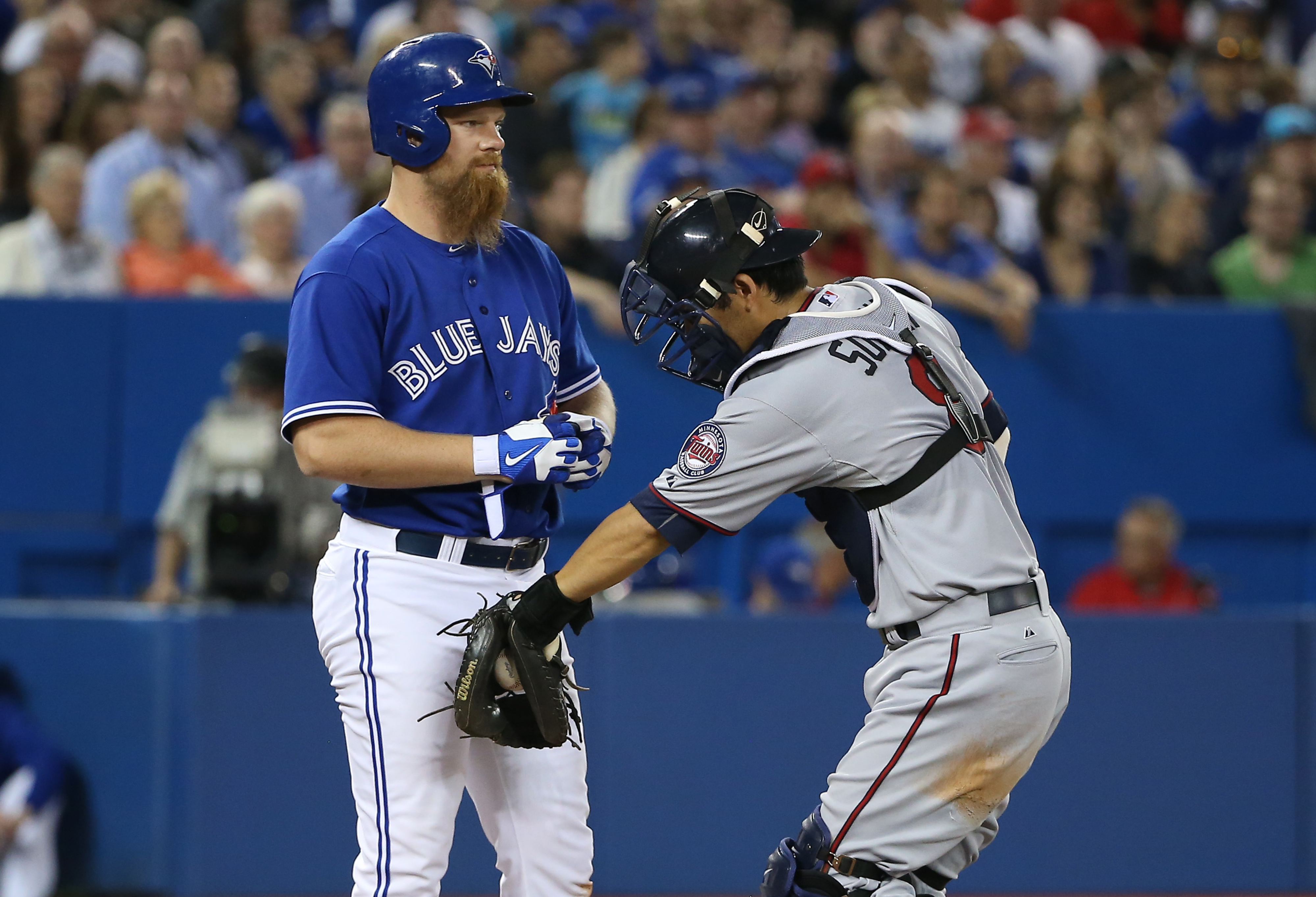