Billy Beane's Athletics are all-in like we've never seen before

The A's have gone for the gold in the past under Beane's management, but never to this extent.

This is it, folks. Billy Beane was sitting at the final table with a pair of jacks, and he felt pretty good about those cards. But he needed to win this hand, and the three cards he got on the flop didn't make his standing any better -- he was still in good position, but no longer dominating like he was with his high pocket pair. So, he went out and acquired a third jack. Sure, there's still a chance that someone else could complete their flush on the turn or the river to beat his three-of-a-kind, but you can never guarantee victory in life. The only thing you can do is give yourself the best odds before you go all-in with every chip you've got.

If you don't play poker, then here's the more literal form of that analogy. After 16 seasons at the helm, six trips to the postseason, two 100-win campaigns, two Executive of the Year awards, a best-selling book about his greatness, and an Oscar-nominated movie about the book in which he was played by Brad Pitt, Beane is still yet to even reach the World Series. After tasting some success the last two years and deciding that his squad could continue to compete, he traded most of his farm for a win-now squad in 2014. Those moves resulted in the best team in baseball through the first half of the season, with a monster run differential that suggested the club was as strong as that record appeared (if not stronger). There's your pocket jacks. However, the Angels and Mariners are right on their heels and figure to get stronger as buyers at the deadline, and the A's had legitimate concerns about the longevity of their starting rotation (and the lack of depth to call on in case of injuries or ineffectiveness). There's your unhelpful flop, providing three cards which might help the A's opponents overcome them by the time the hands are revealed. Unsatisfied by the status quo, Beane traded his final top prospects in exchange for veteran starting pitchers Jeff Samardzija and Jason Hammel. There's your third jack (totally not a thing you can do in poker, but just go with it), and there are all of your chips going into the pot for one big chance at glory. 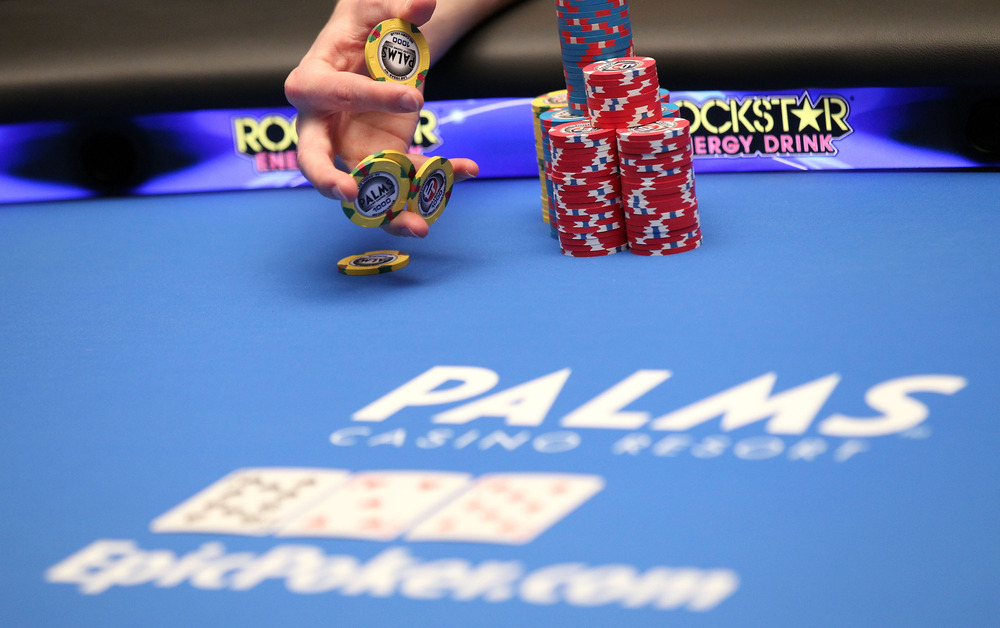 Taking the metaphor home. Imagine Beane pushing these to the middle of the table. -- Photo credit: Jeff Bottari

We've seen Billy go for it in the past, but never to this extent. In 1999, when he was new on the job, he supplemented his young, upcoming team by acquiring veterans like Kevin Appier, Omar Olivares, Randy Velarde and Jason Isringhausen for spare parts. However, that was back when Beane completely controlled the prospect world and was able to get value for guys who never panned out; there was no uber-prospect, no Mulder or Zito or Tejada or Chavez going away for a shot at short-term gains.

In the next couple years, he strengthened his core by adding stars like Johnny Damon and Jermaine Dye for essentially nothing. That was back in the day when the Royals employed general manager Allard Baird to more or less sit in the corner and eat gluesticks (yes, Dayton Moore is not the worst GM they've had in the 21st century). In fact, Beane actually got back the best prospect in the Damon deal as well in the form of Mark Ellis. In 2002, he added Ray Durham at the deadline and I'll give you 100 pies if you can name the player who went to the White Sox in return without looking it up.

These were back in the days when Beane could do whatever he wanted, because there was just nobody on his level. He rarely had to sacrifice to improve his Major League roster, partly because his Moneyball strategies weren't yet the public knowledge that they are today and partly because minor league prospects just weren't followed as obsessively or valued as highly as they are now. Erubiel Durazo and Jose Guillen came fairly cheap in 2003, and old closers were simply flipped for new ones. Carlos Pena was acquired for a couple of quality names, but he himself was the best prospect in the deal and indeed went on to have the best career. Ted Lilly cost Jeremy Bonderman, but Beane apparently didn't believe much in his teenage right-hander so it didn't feel like he thought he was paying a premium.

Things didn't go quite so easily the next time around. Beane had to part with Andre Ethier, then a promising and nearly MLB-ready hitting prospect, to score the Milton Bradley he needed to reach the ALCS in 2006. Ethier entered that year as the No. 89 prospect in baseball, and he's accrued 145 home runs and nearly 20 bWAR in his career while earning himself a contract worth nearly $100 million from the Dodgers (that's $50 million when adjusted to a normal MLB team, sort of like normalizing a hitter's stats in Coors to neutralize the park effect). In 2009, he spent big to get Matt Holliday from the Rockies; many A's fans still lament the loss of Carlos Gonzalez, who has racked up two All-Star bids, three Gold Gloves, a Silver Slugger, a third-place MVP finish, and 19 bWAR before age 29. Those trades hurt, but they didn't devastate the franchise because there were still plenty of prospects left in the system. 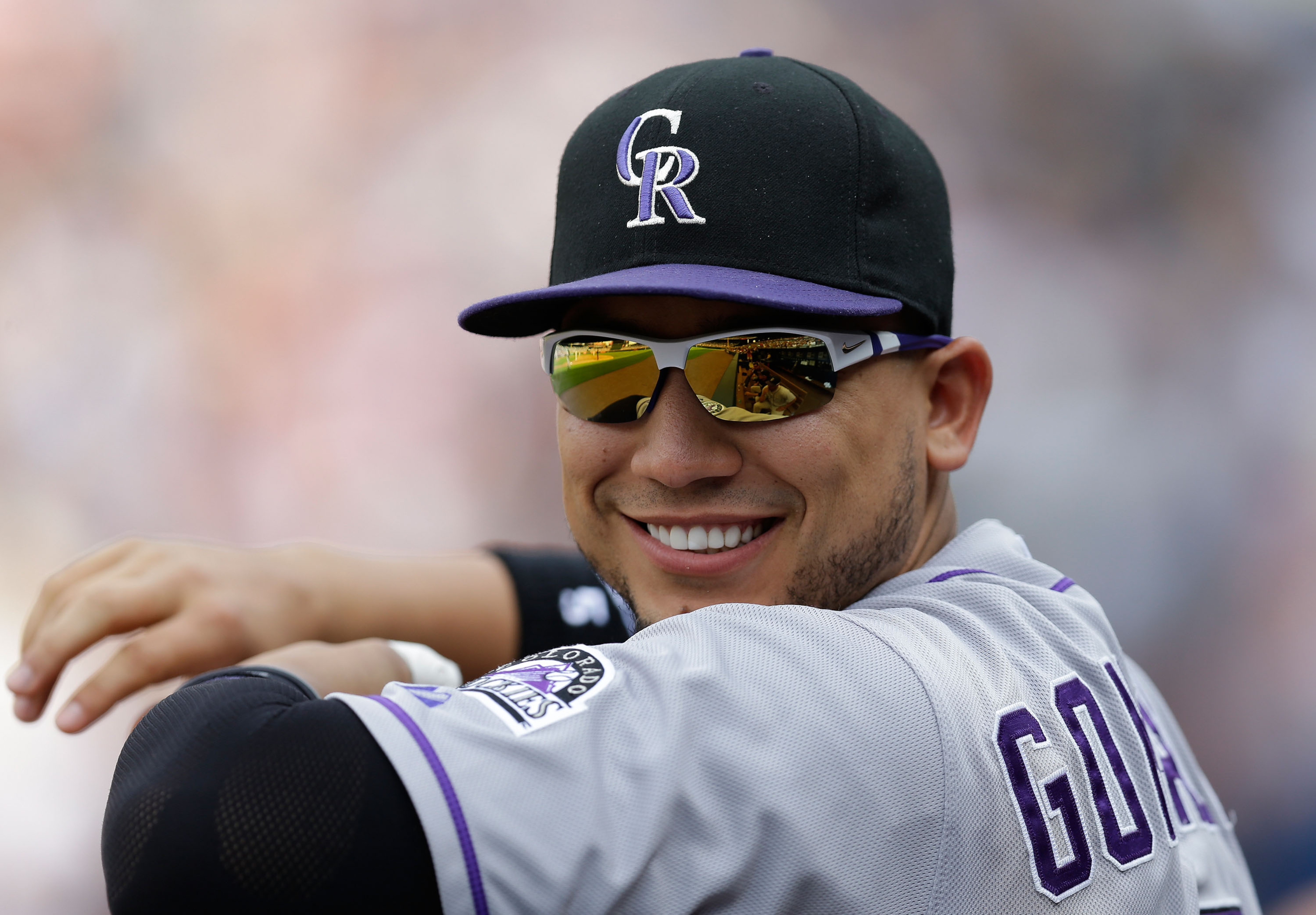 He may have been partly a product of Coors Field, but you can't deny that CarGo would have looked good in green and gold. -- Photo credit: Mike Zarrilli

This time around, Beane has had to use both quality and quantity to make improvements: A.J. Cole, Ian Krol, Blake Treinen, Chris Carter, Brad Peacock and Max Stassi, among others. He dumped a couple of former first-round picks in Grant Green and Jemile Weeks for short-term role players, but that was more because those two were deemed duds and didn't have places in Oakland's future. Michael Choice went away for Craig Gentry, but even that seemed OK because the Major League squad had a stacked outfield under control for a few more years and Choice was clearly unlikely to become a superstar slugger. In all cases, the prospects were either moderate-at-best or were high-ceiling guys who were probably not going to hit those ceilings (Cole excepted). Furthermore, the players who came back (Lowrie, Jaso, Gentry, in particular) generally had three or more years of team control, so they weren't exactly short-term rentals. Those deals put the A's in the position they were in as recently as Friday morning.

But holy cow. He's never done this before. In fact, I'm not even sure that Beane has ever had a prospect like Addison Russell, a guy who could legitimately become the league's next superstar, five-tool, two-way shortstop. There is no reason to doubt the youngster's potential for greatness, so this isn't the A's deciding they've stopped believing in a guy and moving on. This is the A's recognizing that a player could be great, and banking that prospect value for wins today. Beane is usually on the other side of this deal, and we simply haven't seen him pay a price this steep, ever. On top of Russell, he also sent away Billy McKinney and Dan Straily. It's possible that he's soured on Straily and his disappearing velocity, and the right-hander is clearly the third-best pitcher in this deal. But there was no reason to doubt McKinney, who is off to a good start in his pro career.

There was no beating around the bush this time. Beane dealt an elite prospect and another great one even though he likely believes in their futures. And between the guys he got back, Hammel is a three-month rental and Samardzija has one more year of control before cashing in for a nine-figure contract. There will still be gas left in the tank in 2015, but that's the furthest out that this deal will reap rewards. Beane had previously made trades with the potential to sting, but this one has the potential to burn the whole house down if it backfires. That is uncharted territory for a guy who always seems to have a backup plan. 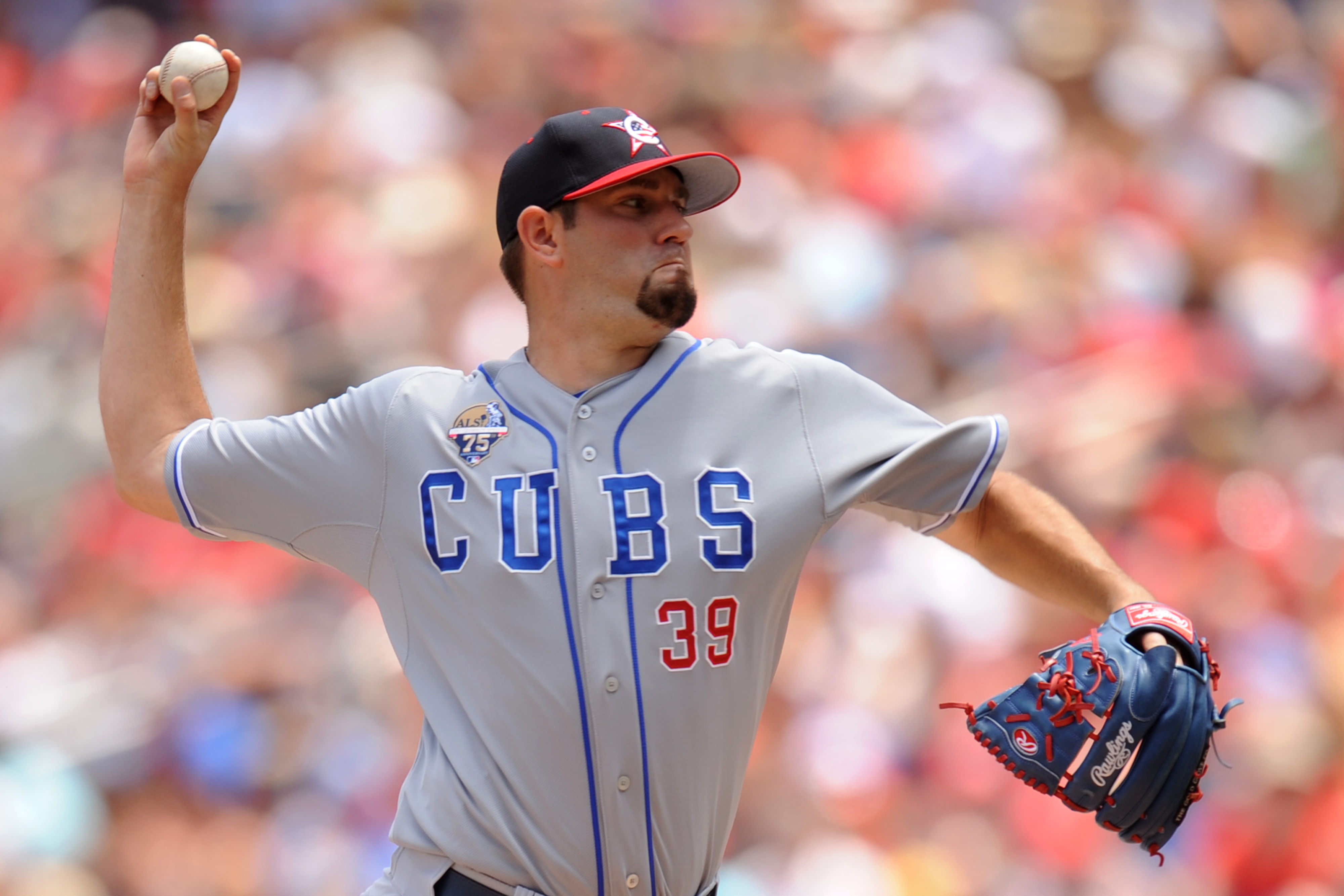 Half of the third Jack. He's gone after October, one way or the other. -- Photo credit: Mitchell Layton

Ah, but the stakes are high. Beane isn't doing this to make a premature Hail Mary for a long-shot title. He's doing this because he feels like he's almost there. He has the team today, but he wants to make sure he still has the team in three months, that he won't fall short of his goal because a couple of key performers (most likely inexperienced starting pitchers) break down at the worst possible moments. He wants to make sure that he's not the 2013-14 Golden State Warriors, watching their starting center go down to injury in the final days of the regular season and dooming them to get pushed around by a bigger team in a disappointing first-round playoff exit. He's seen what can happen to a rotation in the blink of an eye -- Brandon McCarthy going down and Bartolo Colon getting suspended late in 2012, Jarrod Parker and Sonny Gray getting hurt in the 2013 playoffs, Parker and A.J. Griffin vanishing with UCL tears on the same day this past spring, etc. You can never have too much starting pitching, but you can definitely have too little. Billy had too little, and now he doesn't for the time being.

It's hard not to look at this and wonder if it's a product of Billy's experience in the league. With every permutation of his win-now teams, he gets more and more bold, more and more willing to mortgage the future in favor of the present. Is there perhaps a bit of frustration in these moves, a feeling that he needs to go ridiculously over-the-top to absolutely ensure victory? Or is this what he would have done in, say, 2003 if he'd had the chance? Would he have done this if he had a 2002 ring on his finger and the pressure to seal his legacy wasn't quite so high? Those answers are neither clear nor necessarily relevant, but they could shed some light on how he can be expected to operate in the future. Not that there's ever any way to know what Billy might be into next year, since his strategies and philosophies seem to change constantly.

Billy Beane looked at his team and realized that he'd already thrown 80 percent of his chips into the pot. If he didn't win this hand, he'd be left with a short stack for future hands and nothing to show for his previous gambles. Instead, he decided push in all his chips, to stop dipping his toes in the water and jump in feet first. You may agree or disagree with what he did on Friday, and you wouldn't be wrong either way -- the A's gave up a lot and they got a lot in return, and those two quantities will be realized at different times and to different degrees. But you can't argue that this was a bold move with a sensible purpose, and you can never again blame him for holding back when opportunity knocked in favor of hedging his future bets.

Billy Beane has gambled before, but he's truly all-in this time. It's something we've never seen him do, and I hope to the baseball gods that it works.