Let's not freak out about Jason Hammel

The other pitcher the Athletics got in the Shark trade is off to an inauspicious start in Oakland.

Share All sharing options for: Let's not freak out about Jason Hammel

The Oakland Athletics spent big to get Jason Hammel. Sure, he was just tagging along behind the larger haul of Jeff Samardzija, but he did not come cheaply. So, it comes as no surprise that A's fans expect a lot from him. Unfortunately, he has stumbled out of the gate in his first two starts in green and gold; he was behind Oakland's only loss to the Giants, and he got smoked in his subsequent effort against the Orioles. That shaky first impression has a lot of folks second-guessing Beane's decision to bring the right-hander aboard, especially since his presence is now creating a rift between the organization and deposed starter Tommy Milone.

I'm here to tell you not to worry. I know it looks bad. Hammel has allowed seven runs in only seven innings of work over two starts -- that's a 9.00 ERA! He's walked five guys, given up three homers, and he lost to the Giants. Unforgivable. The stats look ugly, just like they do on April 8 when a guy gets off to a poor start to the season. But here's the thing -- it's only been two starts. Anything can happen in two starts.

It can be easy to forget at times, but baseball is not a sport that can be measured in small samples. Stats fluctuate, short hops or close calls don't go your way, you don't have your best stuff that day, you run into the wrong team at the wrong time, etc. Success is achieved when you average out more positive than negative; even Clayton Kershaw had a seven-run disaster start against the terrible Diamondbacks this year, but we know he's great because it proved to be an aberration.

Not only has it only been two starts, but they've been two weird ones. In the first, Hammel had just been traded to a new team, in a new league. The previous week, he'd been a ringer on a cellar dweller, and now he was suddenly thrust onto a title contender playing a highly emotional series against a heated geographic rival. Then he had to sit down for 10 days before pitching again, thanks to the All-Star break -- remember that starting pitchers are well-known for being creatures of routine who don't like being thrown off their five-day schedules. Neither of those outings can be described as anything resembling normal conditions. It doesn't change the fact that he lost both games, but it throws a confounding variable into the hypothesis that Hammel is a bad pitcher because he was bad in those games. 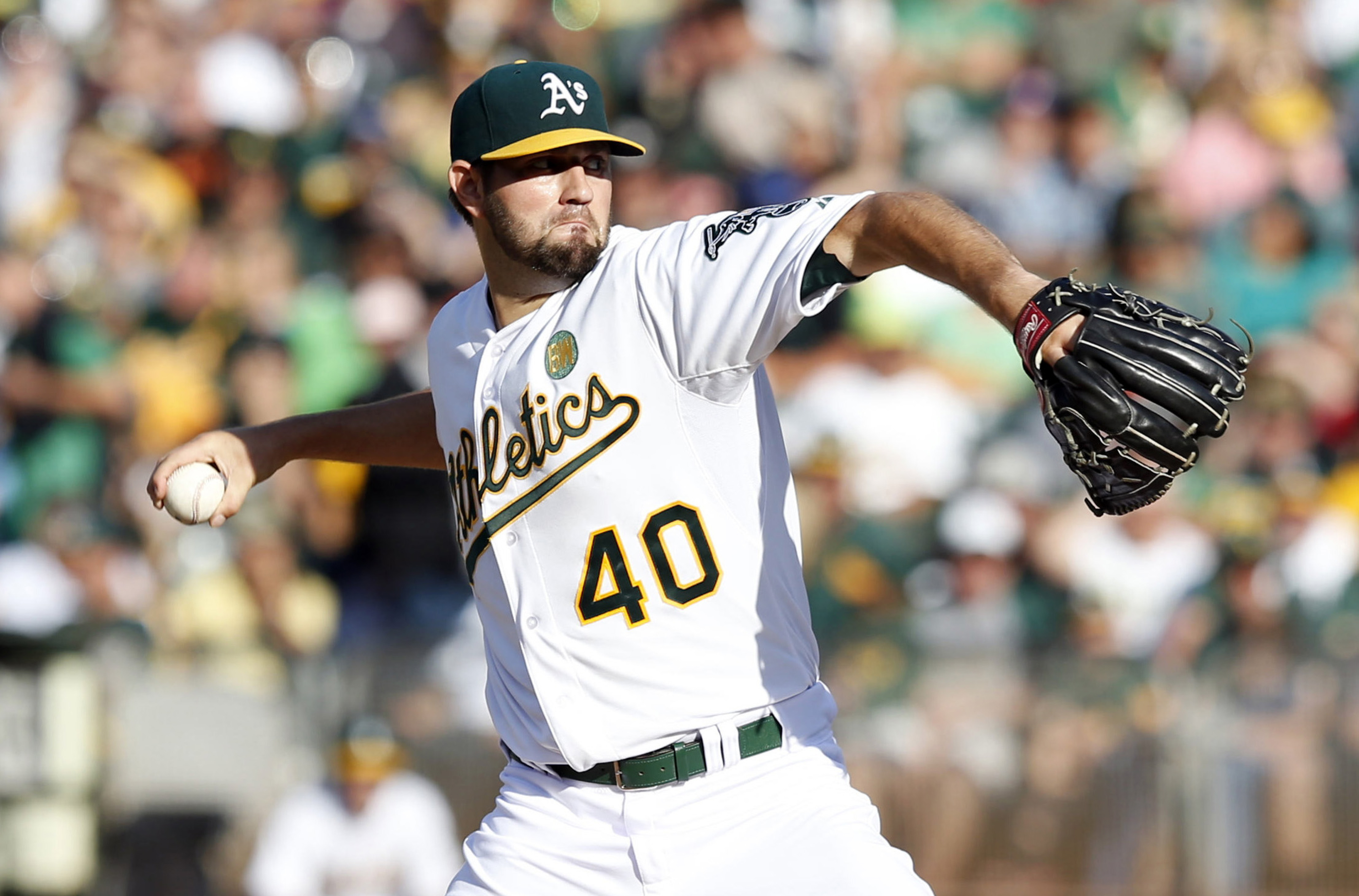 In fact, was he even that bad in the first game? He only allowed three runs, and one of them was entirely due to an error by Yoenis Cespedes. Some shaky defense all around led to him throwing a lot of extra pitches, and he nearly had to leave when his glove hand started cramping up. And through all of that, he still made it through five innings and kept his team in the game. There are no excuses for his disaster against Baltimore, but it really sounds like we're talking about one bad start and one that was just "meh." And those three homers? Hunter Pence, working on his seventh straight 20-homer season; Adam Jones, who just competed in the Home Run Derby, is working on his third straight 30-homer campaign, and hit another pair of jacks against the Angels two days later; and J.J. Hardy, who seems to have broken out of his weird slump and who has five 20-homer seasons of his own. Not exactly Donnie Murphy and Rajai Davis.

Here's a fun exercise. These are the worst back-to-back starts by some other members of the A's staff.

Well, except to make this point. Guys have bad days. Sometimes, they have them twice in a row. These things happen. If Hammel puts up a couple more stinkers, then things will obviously be different. They will no longer be isolated instances, but rather signs of a trend. But there's just no reason to assume that yet. Heck, Hammel himself gave up eight runs in 11 innings in a pair of consecutive starts in June, and then he reeled off three straight quality starts leading up to the trade. There are ebbs, and there are flows. That's what you get from a guy who is a mid-rotation starter rather than ace, and at no point did anyone suggest that Hammel is an ace.

The next question, then, is what he needs to do to turn things around. Looking at his career numbers, there is one glaring difference between his good years and his bad years: strikeouts. Specifically, that they go up and the hits go down (which is partly thanks to reduced contact rates). Hammel has had two really good seasons -- 2012, and the first half of 2014. Those were also the only two years in which he struck out at least eight batters per nine innings. When he can do that, he's an above-average pitcher. When he's stuck around six-to-seven strikeouts per nine, he's a tick below average. And where did those extra whiffs come from? Prior to 2012, he was throwing his four-seam fastball the majority of the time and mixing in some sliders and changeups. In '12, he started switching over to a sinker and also upped the use of his slider. It worked! Then it didn't work in '13. Then it worked again this year! Hey, two outta three ain't bad, and he was having elbow trouble in that bad year. So far in Oakland? Five strikeouts in seven innings, or 6.4 per nine. Let's see if those K's come back once he gets comfortable in his new digs, especially since all of his success has come in his most recent seasons after a large change in his pitch repertoire.

One other suggestion I've heard is that Hammel may be suffering due to his switch from the NL to the AL, and from facing opposing pitchers to opposing DH's. I do believe there's something to that, if only because logic dictates it must be tougher to face an AL lineup, all other things equal. Heck, we just had the displeasure of watching some NL baseball during the A's recent interleague bouts, and we saw first-hand how the pitcher's spot can ruin rallies and suppress big innings. But I don't think we're talking about anything more than a half-run difference at the absolute most (say, 3.50 ERA instead of 3.00). And there's a dirty little secret to that, too -- Hammel's best season came in the AL. In fact, it came in the AL East, in a hitter's park (Camden Yards), in a year when both the Yankees and Red Sox ranked top-nine in MLB in scoring. And he also survived over 500 innings with the Rockies, posting a 4.63 ERA and an ERA+ of exactly 100 while keeping his average under 5.00 in Coors itself. I'm not worried about him being soft when it comes to tough environments.

Look, I'm not saying that Hammel is definitely going to be good. Nobody can say that about any player. Even Josh Donaldson goes 0-for-33 sometimes. But to write off Hammel already, after two games, only one of which was really that bad, is ludicrous. What we have here is a pitcher who got completely and utterly thrown off of his routine, served up a few dingers to legit power hitters, and had a couple bad days. The most likely scenario is that he rights the ship in his next couple outings and reverts back to the solid pitcher that he was three weeks ago, before his world got turned upside down.

When it comes to pitching, there is one important thing to keep in mind: Trust in Billy Beane. Always.