The A's finished June with (barely) their best monthly record yet. Unlike the previous April-June previews, I'm going to spend most of the time today on just the two main contenders in the A.L.West to see where they stand and just how far the A's need to be looking over their shoulder.

Share All sharing options for: Athletics' July Preview: A deeper look at the A.L. West contenders.

First, some A's records and stats.

The A's came tantalizing close to making it the second best start in Oakland history with the non win vs Detroit yesterday.  As it is they are right with the best teams ever.  With the A's depth plus a few expected upgrades along the way, the A's could break the best overall record ever in Oakland history with 105 wins. (1988 with 104). The A's would need to play .675 ball (54 wins) the rest of the way, something they achieved over the last 80 games of 2012.

Looking at the first part of the month ahead, the A's face what I think is their toughest two week stretch of the year. I'm highly looking forward to the A's testing themselves against the best teams in baseball. A few of those teams might not be in first place at all very soon.

UPDATE: How about a little Schadenfreude for your day?  The Giant's have given up a 9.5 game lead in just three weeks to the Dodgers, the gnats now sitting 0.5 games back.

Coming out of the break, the A's play the #3 wildcard team and then both Texas teams. The Rangers are talking about how everyone on the team is for sale. They may be missing a few good-great players by the time the A's get to them.

The Astros are doing better of late with some top prospect call ups. They have gone 19-15 if I cherry pick their last 34 games. They had a .315 winning percentage in 2013. So far this year, .429 and not the worst team in baseball. (Arizona and others). The Astros still have some good players they will probably trade away this year for prospects, but it might by the last year they do that for awhile.

Just about everything has gone well for them this year just as teamrankings.com predicted earlier in the year. Offense, bench, starting pitching and health have all been good to great for L.A.

Their relief pitching has been terrible, but they also didn't make any trades or spend any money on good free agent money relievers to upgrade that spot this off-season. That's probably going to change. One of the reasons I would be in favor of the A's trading for a closer would be to target the Angels first choice. (Say Houston Street for $7 million this year and seven million team option for next).

That is a win win for the A's. I don't know about you, but I would rather not put in a pitcher with a ERA over six (2013 Anderson) at any point in this years playoffs if I can help it. The A's could also have one of the most complete lefty-righty bullpens known to MLB history. First of all, left handed closer are rare. But the A's could do lefty-righty all the way down. Take a quick look:

Worst case scenario the Angles overpay if the A's lose out.  With an already weak farm, one of the worst in MLB (they only have two grade B prospects in their system), that may force the Angles to give up a platoon player having a good year or choose trade options that will have less of an impact for them. Off on a tangent. Back to the Angels.

Middle of the pack in runs against at #13 best but that was #24 last year. #8 in starting pitcher WAR.

Conclusion: The Angels are going to try and batter their way into the playoffs but will be hard pressed to really upgrade their roster this year. A normal injury curve and lack of pitching depth could also derail them. Finally, the Mariners really might be better than them.

The Washington State Mariners of Seattle 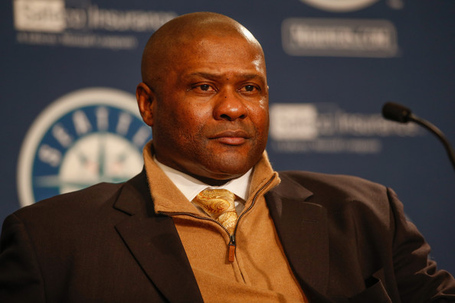 Pitching. As of today, the Mariners lead MLB with only 3.4 runs given up a game. Oakland has slipped down to #4 in a virtual three way tie with STL and WSN.

Offense. Seattle has been middle of the road somehow with 4.0 runs a game, #17 in MLB.

None of the breakout candidates have broken out. Logan Morrison and Nick Franklin have been mediocre and Corey Hart injured most of the year. This can happen when you spend over half your total budget on just two players. I'm still not sure how they aren't worse at scoring runs after looking at their roster.

Conclusion: The Mariners are going to try and pitch their way to the playoffs and be quite dangerous if they get there. They could possibly have better pitching in the second half. Unlike the Angles, the Mariners have minor league prospects to trade and also are sitting $25 million dollars below their historic payroll high of $117 million in 2008. I think the Mariners are my choice for the most dangerous of the two in the second half and are no worse than the 2012 A's at this time in 2012.

I don't know about you, but the thought of the Angles and Mariners having to use Garrett Richards and Felix Hernandez in a 162 or 163 play in game before facing the A's would be fine by me. A number one seed could make a lot of difference. Of course if the A's maintain the number one seed, Detroit will probably end up winning the wild card game with the Royals winning the central.