Oh how I love beating the Angels

There are few things better than pummeling the Angels at home for a three game sweep.

Share All sharing options for: Oh how I love beating the Angels

I've often heard it said that the A's don't quite have a true rival. Giants fans point to their rivalry with the Dodgers and point out that we do not have a comparable mutual hatred. Well, no, we don't have a rivalry where fans of both teams literally kill each other after games, but I think we have a pretty damn healthy rivalry with the hated Los Angeles Angels of Anaheim and I just love beating the tar out of them.

The Angels sucked for so long that they were a complete afterthought, but Disney actually turned them into a somewhat relevant team. The rivalry really blossomed in the late 1990's, when the A's and Angels were competing for division titles year in and year out for a decade-plus. There were a lot of great moments on both sides. We've seen the sulk-off and last year's 19-inning victory. We've also seen the Angels celebrating division titles on our field. It goes both ways, like any good rivalry. And like any good rivalry, there is ample reason to irrationally hate the other side.

I hate their name. Look, I like the concept of real angels as much as anyone, but it is a terrible name for a sports team. And then there's the whole Los Angeles Angels of Anaheim thing. Really? Why is this still a thing?

I hate the colors. Red and white. So ugly. Look, even Canada, land of the red and white flag, has the Maple Leafs and Blue Jays wearing blue. They know it looks terrible. When they wear their red jerseys, you can't even read the damn numbers: 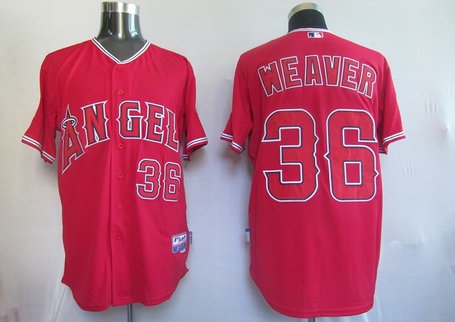 I saw an Angels fan this weekend wearing this abomination at the ballpark: 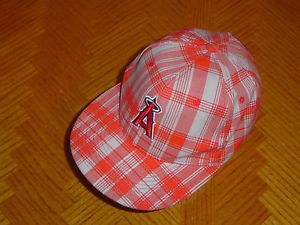 I hate the location. Once, when I was living in Los Angeles, I decided to go to an A's-Angels game. It took me 2.5 hours to drive to this vapid southern California sprawl-pile. Yes the Coliseum is in a "bad" location. But at least it's in a real place and easily accessible via public transit. I'd rather be in a place that looks like Oakland than a place that looks like any other place.

I hate the atmosphere at their games. If there was one word I could think of to describe Angels fans in their home stadium, it would be "quiet." If I had more words, which, thankfully I do, I would also describe them as polite, boring, predictable, and unnoticeable. You go to a game there and you cheer like you're used to at the Coliseum, you will be heard. Whether cheering or booing or making signs or heckling...A's fans are doing stuff. Angels fans are watching stuff. No one gave me any crap for cheering on the A's there. I went to Yankee stadium in A's gear and got heckled by a 7 year old kid.

I hate the stupid rally monkey. I cannot believe this gimmick has lasted so long, but I suppose in the land of selling gimmicks people are ready to buy them. These past few years of Angel suckitude have been a blessing because the rallies are few and far in between. But man that is a sorry and tired gimmick.

On the same note, I hate that they brought thundersticks to baseball. That was horrible. It was a way to make a crowd loud who didn't know how to cheer. It sounded awful. I think those might have disappeared to the NBA only...but if they are still around in baseball, you can blame the Mickey Mouse team for that.

I hate the stupid rockpile. I mean it's a pile of foam or plaster or something that's not rocks that's painted to look like rocks, with a waterfall that isn't a waterfall. Only in Anaheim would they think to make a rockpile with something other than rocks. And as far as contrived crap displays go, the rockpile isn't even good. It looks so completely fake and out of place.

I hate that they sign whoever the hell they want and then they get Mike Trout in the draft. On the flip side, I love that their GM and Manager seem to not know what to do with their embarrassment of riches.

On the subject of redeeming qualities, I hate that I have to grudgingly admire Trout and Pujols for their vast baseball talent, and Arte Moreno for being an owner who clearly gives a damn. Moreno seems like a guy who gets things done. If we was our owner, I'm pretty sure we'd have a new stadium by now...but whatever, Angels still suck.

I also hate that they won the 2002 World Series. Part of a rivalry is sour grapes. If there's one thing to be jealous about, the hated Angels winning the 2002 World Series and us A's meekly bowing out to the Twins in the ALDS. We won 103 games that year and got a damn book and movie made about us. Even better, that movie wasn't Angels in the Outfield, a terribly trite formulaic Disney film (co-branding, baby!). Alas, they came up big and won the series that I wish was ours. Yes, it still stings watching that Mickey Mouse franchise celebrate anything. On the bright side 1) they beat the Giants and 2) that gave Scioscia a long leash as manager. I freely admit that I am envious of that World Series though...but to me that makes the rivalry that much more interesting. One-sided rivalries are boring.

That's why I love beating the Angels. I thank the A's for their complete demolition of those annoying, whiny, overpaid losers. Friday was amazing. A grand slam in the first inning? Incredible. Saturday, after celebrating our franchise's 70's titles (I loved rubbing their faces in our history, especially because the Angels' history is basically nothing until 2002), Cespedes dominated and the A's poured it on in the 7th and 8th to run away with the 11-3 win. Sunday was a top-to-bottom team effort that showcased Oakland's philosophy of depth and versatility triumphing over stars and scrubs. The Angels came into this series with hope. And the A's mercilessly stomped it out of them.

Sweeping the Angels gives me a warm, fuzzy feeling inside. It's like all is right with the world. Everything is in its rightful place.

What this rivalry is missing, though is a playoff series. That's natural when teams are in the same division, but now with the two wild cards, anything is possible. What better way for the A's to taste postseason victory again than by celebrating on the rockpile while Trout pouts and Scioscia sulks? The glow of such a victory would never fade. I imagine it would look something like this: 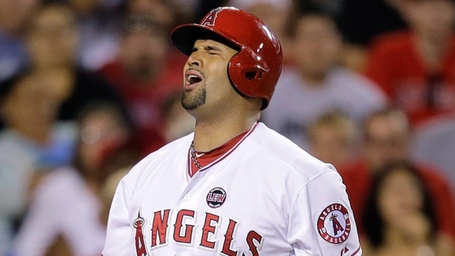 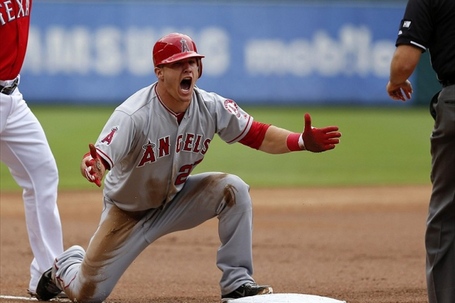 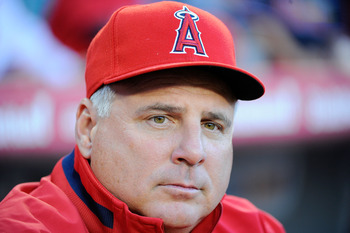