Share All sharing options for: The Athletics' June Preview

In The Athletics' May Preview, the Los Angel's Angels were seen as an up and coming team based on their run differential being #2 in MLB up until that point. The Angel's did make a nice run, getting as close as 1.5 games away from the first place A's.

One mighty smack-down sweep later, the Angel's now sit 4.5 games back and are forced to lick their wounds until Mike Trout and his back come back healthy. Before the A's look too far ahead however, the Angel's are still #4 in run differential with ( +.6) runs per game. The Angel's are also going into an easy month on paper while the A's are going into their hardest month on paper so far.

Some A's team stats from the first few months.

On the good side, there is only two teams on their June scheduled that have a positive run differential.

The A's will also play 58% of their June games on the road. Road games have been an A's strength this year as the A's are currently #1 in MLB with a .642 winning percentage in road games.

5/31/2014: #4 SP Michael Pineda (back) has suffered a setback in his upper back and will be shut down indefinitely, Bryan Hoch of MLB.com reports.

5//31/2014: 1B Mark Teixeira (wrist) will be out of the lineup both Sunday and Monday, with an evaluation slated for Tuesday, Bryan Hoch of MLB.com reports.

6/1/2014: OF Carlos Beltran (elbow) will spend the next three days at the Yankees' spring training complex and could return to the lineup as early as Thursday, Ken David off of the New York Post reports.

3B Yangervis Solarte- The breakout rookie has contributed nicely in place of A-Rod to the tune of a .835 OPS and 131 wRC+. Here is a detailed look at Solarte: Future star or flash in the pan?

Jacoby Ellsbury has been average so far this year with a .727 OPS, 99 wRC+ and negative defense.

OF Nelson Cruz: x-rays came back negative after Cruz left Sundays game, MLB's Brittany Ghiroli reports. Cruz has been having a great season thus far with career high's in OPS ( 1.056) and wRC+ (185).

2B Jemile Weeks got into three MLB games in late April and otherwise has hit .839 OPS and 142 wRC+ in AAA.

Jonny Gomes: Has been average overall but has provided the Sox with a 138 wRC+/ .851 OPS vs LHP this year.

The Met's have been very healthy as a team thus far.

SP Bartolo Colon's ERA (4.73) has been creeping down closer to his xFIP (3.60) after giving up just two earned runs in his last 15 innings pitched.

The Marlins have been one of the biggest surprise team's of baseball jumping out to a hot start before losing their best pitcher to T.J. surgery.

The Marlins acquired reliever Bryan Morris from the Pirates for the No. 39 overall draft pick on Sunday. 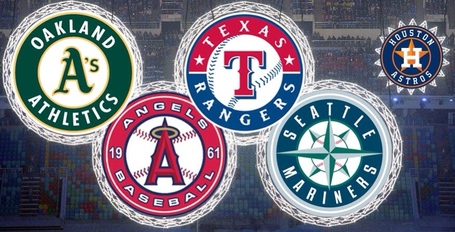 Pythagorean Win-Loss
Expected Win-Loss record based on the number of runs scored
and allowed by the team:

RP Eric O'Flaherty (elbow) will a simulated game in Sacramento on Thursday (5/29) and believes that he could go on a rehab assignment soon thereafter, MLB.com's Jane Lee reports.

The Angles have been relatively very healthy.

6/1/2014: OF Josh Hamilton (thumb) will be activated from the DL on Tuesday, the Los Angeles Times reports. Hamilton had an 261 wRC+ in eight April games to start the year after having a disappointing 104 wRC+ season in 2013.

5/31/2014: SP Taijuan Walker (shoulder) will take the mound at Triple-A Tacoma on Monday, Bob Dutton of the Tacoma News-Tribune

5/27/2014: SP James Paxton has inflammation in his left shoulder and will be shut down until it clears up, MLB.com's Greg Johns reports.

# 2 SP Matt Harrison- 5/16/2014: Harrison (back) made it clear Friday that even if he has to have spinal surgery, he plans to try to pitch again, Fox Sports Southwest's Anthony Andro reports.

# 3 SP Derrick Holland- 5/31/2014: Holland (knee) threw a 70-pitch bullpen session Friday and only needs to improve his performance in agility drills before he's cleared for a rehab assignment, the Fort Worth Star-Telegram reports.

5/22/2014: 2B Jurickson Profar has re-injured his shoulder and will be shut down, Jeff Wilson of the Fort Worth Star-Telegram reports.

Break up the Astro's. On the back's of of Jose Altuve, George Springer, Dallas Keuchel, and Astro's pitching overall, the Astro's went 15-14 in May. They also just had a seven game winning streak (4 games giving up 1 or less runs) snapped on Saturday.

They are no longer the worst team in the A.L. (Tampa Bay Rays) and also are better than the Cubs and the Diamondbacks in the N.L.

Chris Carter. Just like last year, after a horribly slow start, is starting to come around. 690 OPS, 92 wRC+.