This off-season, Athletics Nation examined Yoenis Cespedes, Josh Donaldson and Sonny Gray extensions. In addition, Jed Lowrie and Brandon Moss extensions were bantered around a bit and now Derek Norris has also played himself into an early extension candidate. Three games shy of the halfway point in the season (78) let's take a look at all six players.

Team friendly extensions are all the rage among good MLB front offices these days and the A's have to take advantage as much or more than any team in baseball if they want to continue their winning ways. The A's have been very active in early pitcher extensions throughout the 2000's but most A's players worthy of an extension today are hitters.

Right now, the price per WAR on the free agent market is somewhere around $6.5 million dollars and sporadically going up around $500,000 per year depending on new T.V. contract roll outs. In the year 2020, one WAR may be worth around $9-10 million dollars a year on the free agent market. A market the A's rarely play in unless the player has serious flaws depressing his value. 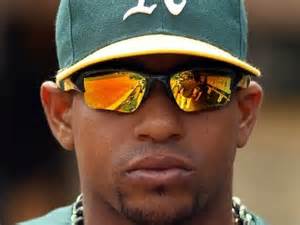 Cespedes has finally seemed comfortable in LF after playing CF in Cuba. Leading the world in OF assists will help do that but I doubt it's sustainable. I'm not saying Cespedes has been exactly lucky with his cannon arm, but at least three of his outfield assists this year have been on balls he misplayed to begin with. Players may expect a deke now. He probably still needs to show he is more capable on offense (like his rookie year OBP) to really earn the biggest bucks.

Cespedes may actually be that rare bird who is actually clutch when it matters. With a .920 OPS/159 wRC+ in the playoffs and his Home Run derby chops, probably more than one GM is going to overpay. Several 4+ WAR seasons will make that for sure. Many rich teams overpay on the back end expecting inflation to catch up.

Unfortunately, I think Nico summed it up nicely this off-season:

Well, my theory is that the only way it makes sense for the A's to extend Cespedes
is if they can do it before he establishes how good he is (assuming he will ever be that good). If he has a great 2014 season, then I don't see an extension happening simply because the price tag will be too high. But now there's ample risk that could keep the cost relatively reasonable.

Quite simply, Cespedes overall complete play and flair for the dramatic may have played himself out of the A's price range unless he loves playing for the A's so much he is willing to give them a big discount. Of course even that discount (back to say 5/100) may be well out of the A's price range as $13 million (Coco's vesting year) is the highest salary they have committed to thus far. Unfortunately, I think A's fans may need to enjoy Cespedes why they can the next year and a half. 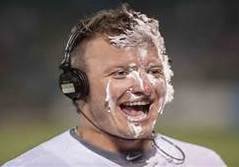 Josh Donaldson was next:

Donaldson is different than Cespedes in that he won't be hitting free agency for 4.5 more years at age 32, not 1.5 more years at age 30. Not a lot of leverage comparably.  He has probably shown now that he isn't a one year wonder and seven WAR players are several standard deviations rarer than 5 WAR players. Only four players in Oakland A's history have had better WAR seasons than Donaldson's 2013 and he is making a nice bid to repeat it this year ( latest slump not withstanding).

Another MVP type season out of Donaldson in 2015 could slam that cheaper door shut and put him out of range just like Cespedes. For reference, Mike Trouts extension pays him $33 million per over his last three years. Trout will be younger (age 26-28) those three years but a lot of pundits also thought he gave the Angels a nice price break in 2018-2020. One of the reasons keeping Donaldson potentially cheaper than other superstar players is he has a large amount of defensive value, something the F.A. market tends not to reward near as much as offensive value. 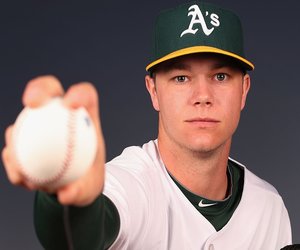 Sonny Gray is up next:

Gray hasn't looked quite as dominant as his 1/3rd rookie year but still has placed himself into a number #1 starter category of pitchers so far this year. I thought if the A's wanted to gamble they could get a cheap cheap early extension on Gray just like the Astro's just did with Jon Singleton. (Contract breakdown link).

After another half season of health and dominance, I think Gray's price has gone up and an extension will now cost more. However, with the rash of T.J. surgery's, pitcher extensions overall may end up becoming cheaper as the market adjusts to that injury reality and some pitchers decide not to gamble as much with making it to free agency. 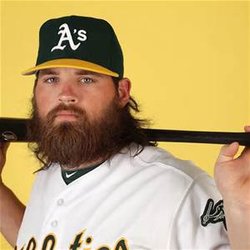 How about the biggest riser this half-season in Derek Norris:

Norris now solidly breaks into the mix as an early extension candidate to control his arb costs and maybe get another option year or two in his early 30's. Probably the biggest thing holding Norris down the last few years was his production vs RHP. This year he has thus far raised his wRC+ vs RHP 100 points from 33 to 133 while being twice as good as the average player vs LHP.

Catchers break down quickly but right now with Jaso and Vogt on the roster this year and next it should really help Norris keep his body fresh. The Giants don't have the benefit of the DH but right about now they probably wish they had played Buster Posey 50 games each year at first instead of only 25. (Kurt Suzuki also says hi).

Norris may be able to be extended today for something like 4y/$20million + two $12 million options. If he in fact does end up around 4 WAR this season, expect that price to be higher this off-season. As we have seen above, waiting a year (or even a half year) to extend a star player could end up costing the A's tens of millions of dollars. Or costing the A's that player all together by not being able to afford him at all. 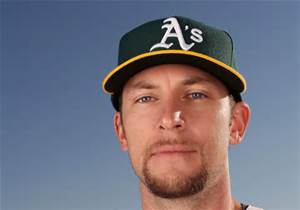 Next up on the A's is Jed Lowrie:

Lowrie is the one player in this mix who has played himself out of more money this year. Because of his career year; age and injury history, Lowrie was never really expected to resign with Oakland beyond a possible one time Q.O.

Jed's defense has been better, but he is currently in a slump with no end after a nice April. Lowrie has been getting unlucky on BABIP but it's really his power that is way down. He is hitting 50% less HR and 25% less 2B than last year.

Mid-season update:  No QO.  Prediction: Will not resign with Oakland.

Lowrie may need to sign a one year $8-$10million dollar pillow contract in a hitters park to rebuild his value. Steven Drew did that after leaving the A's in 2012 for $9.5 million. Drew had more prior career value but had a mediocre 2011 and bad 2012 with injuries parts of both years. 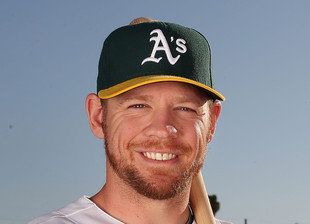 Wrapping it up we look at Brandon Moss.

Moss may be the most risky of the candidates. Slow defensively challenged sluggers don't age well and extending him into his 33-34 years could be wasted money.

However, he has shown he is in the conversation for a top 5 1B/RF. The Defensive metrics also seem to think moving him back to the OF at least half the time is a good idea with his defensive UZR being high this year.  But Moss' UZR and thus WAR is inflated.  I think no one believes Moss is much better than an average OF defender.

If the A's think they could get a few 2-3 WAR seasons out of him at age 33-34 and Moss' demands are reasonable, pulling the trigger on extending him may be a fine idea at $10-13ish million dollars each. They can also possibly save a few million each on his arb 3-4 years as arbitrators like Moss' skill set.

Looking at the A's 25 man roster I didn't see any other extension candidates. A lot of these extension estimates take the player through their age 34 year. The A's may be able to make that last year vested only with health ( games played) in some cases. Waiting till this off-season to see if these player improvements hold true could cost the A's more. Some of these players will also (hopefully) have even better second halves as the early season cold weather is gone.

League wide, I also think some (25% or so) of the extra T.V. money in the teams player budget wasn't spent this year (so all the teams on average are sitting on a little extra) and that will be used fully this off-season as teams get less conservative after a year of being in a new market. Draft cost reductions from salary caps and extra cost restrictions on I.F.A. spending will also leave some more money for veterans this off-season.

What do you think Nation? While extensions and early extensions can be risky, they can also be lucrative for the low- budget team wanting to extend its window.  And just like the Brett Anderson extension, even if the player drops off in production (or the team does) the A's can still trade them for value.