A changing of the guard in the American League?

There are two new first place teams in the AL. Has the old guard passed the torch to some new contenders?

Share All sharing options for: A changing of the guard in the American League?

The following is a list of the last eight American League champions:

For several seasons, there were clear heavyweights in each division. Ownership of the AL West had been passed from the Angels to the Rangers, and Texas looked like they'd be unbeatable for years to come. The Central was the territory of the Tigers, both because they were excellent and because the rest of the division was happy sitting in the corner and eating paste most years. The East was a dogfight between the Red Sox and Yankees, with the Rays establishing themselves as a factor in the annual race.

Say what? Each division seems like it's been turned on its head. Of course, the A's aren't exactly new to the postseason party, having won the West each of the last two seasons. However, the transition seems fully complete now that the Rangers have fallen to 35-37, with enough injuries that they are relying on their fifth-string first baseman and their 10th or 11th starting pitcher. The Rangers could easily bounce back next year and contend again, but for now their run of success is over and sole possession of the division belongs to the A's (Angels' application pending).

The Central and the East are different stories. Now that the Pirates made the playoffs last year, the two longest active postseason droughts in MLB belong to the Royals (1985, 28 years) and the Blue Jays (1993, 20 years). Neither team has won 90 games since '93 ('89 for KC), and the Royals have only two winning seasons since 1995. It's tough to say which path is more frustrating -- being consistently embarrassing, like Kansas City, or being consistently mediocre, like Toronto, never good enough to compete but never bad enough to fully rebuild.

In the East, the Yankees and Red Sox seem to enter every single season as favorites. Amazingly, though, four different East teams have reached the playoffs in the last two campaigns. While this would seem to paint a picture of parity, the ascension of the underdogs is only a recent phenomenon. The two Evil Empires have combined to win the last three division titles, four of the last five, 14 of the last 16, and 16 of the last 19. When someone else sneaks in a crown, it's usually the Rays. The Orioles last won the East in 1997, but even they have tasted a little bit of success in the last couple years.

This year, it's all Jays. The Yankees' latest free agent crop has not been as bountiful as expected, and they seem to finally be paying the price for past glory with a burden of deadweight money that makes them think twice before spending. The Red Sox are having a World Series hangover, the Rays have tanked, and the Orioles don't look any closer to jumping from "good" to "great." Meanwhile, the Blue Jays have a powerhouse lineup, a solid rotation anchored by two prominent names and an underrated youngster (Drew Hutchison), and a lights-out closer. What's more, the improvement didn't just come out of nowhere; the Jays built on a strong core with a lot of big acquisitions prior to 2013, and this year's renaissance is merely a delayed-reaction result of those moves. The Jays have the only positive run differential in the division at plus-33, and there isn't anyone outside of Mark Buehrle who is obviously playing over his head (and even he won't necessarily fall that far). It's difficult to predict the long-term future in the East since the power of the free agent dollar can change the entire landscape in the blink of an eye in any given offseason, but for now Toronto is the class of the division for the first time in 20 years right when the two usual suspects seem as vulnerable as they've been in that time frame. 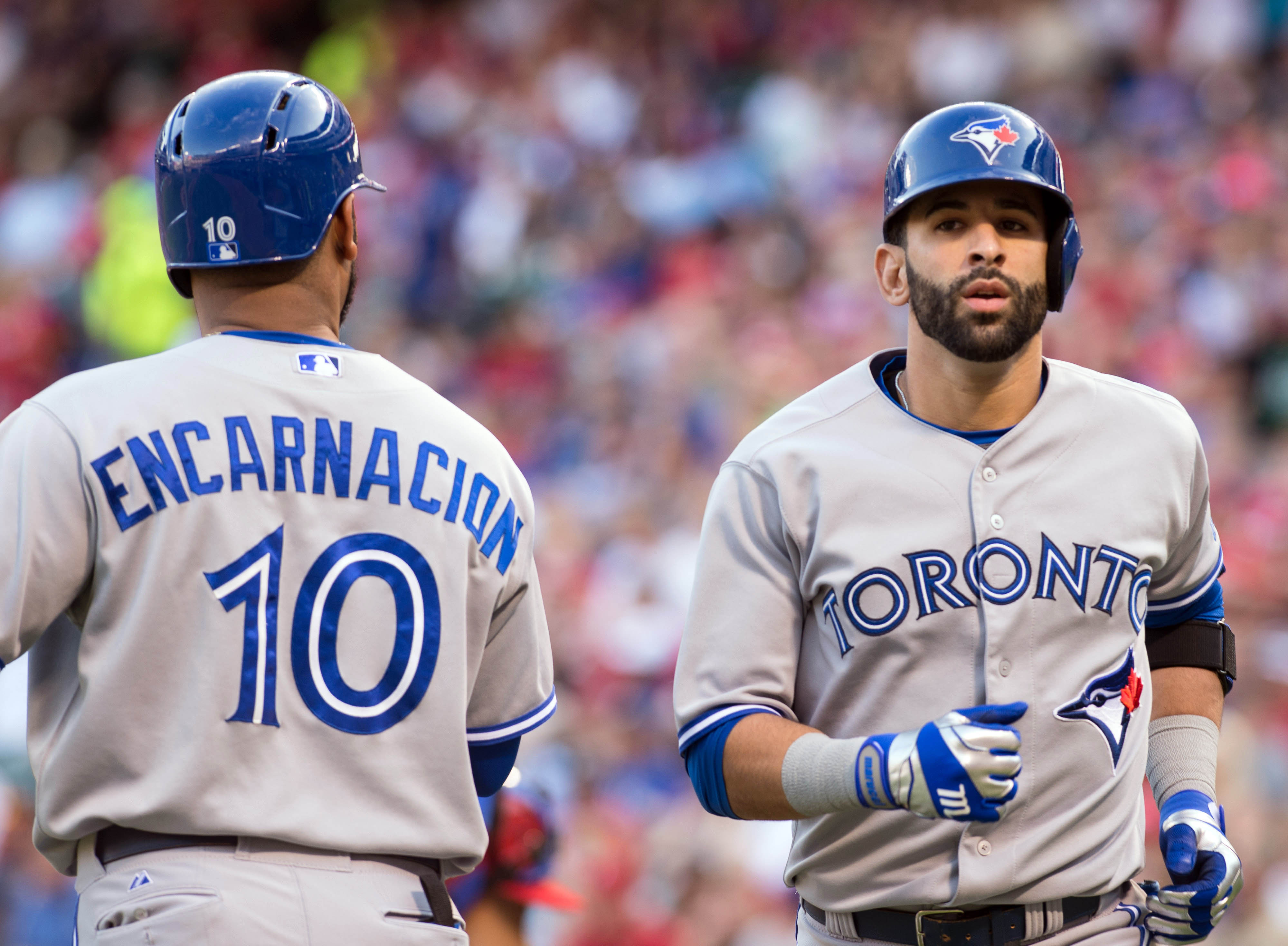 In the Central, the Twins had a brief run of success at the end of the '00s, but it's been all Tigers during this decade. They've won the last three MVP awards, two of the last three Cy Youngs, and played in the last three ALCS's. However, the armor is starting to crack. Justin Verlander is not his old self, and the supporting cast around Miguel Cabrera is either gone (Prince Fielder, Jhonny Peralta), declining (Torii Hunter, Austin Jackson), or injured (Jose Iglesias). Victor Martinez is having a career year and Ian Kinsler has been a big addition, but Detroit's stars-and-scrubs roster is now leaning too far toward the "scrubs" side. And, with a lot of money tied up in aging/declining players and Max Scherzer entering free agency, the shortcomings won't be easy to fix.

We're all rooting for a Brewers-Royals series, no?

We're all rooting for a Brewers-Royals series, no?

Meanwhile, The Process may finally be working in Kansas City. Eric Hosmer and Mike Moustakas never blossomed, but Alex Gordon is an under-the-radar superstar in the mold of Josh Donaldson -- not that they have specifically similar skills, just that they are two of the best players in the AL without the national recognition to go with that distinction. Salvador Perez is Derek Norris' only competition for best catcher in the league, and Lorenzo Cain and Alcides Escobar are former toolsy prospects who have panned out into above-average big leaguers. Their starting rotation has been the epitome of a best-case scenario; James Shields is his normal fantastic self, Jason Vargas and Jeremy Guthrie are throwing lots of above-average innings, Danny Duffy is staying healthy, and Yordano Ventura is panning out as a good starter. Greg Holland is a dominant closer, and Wade Davis could crack the All-Star team as a set-up man (1.15 ERA, 31⅓ innings, 52 strikeouts, 13 hits, 13 walks). Like the Jays, the Royals are the only team in their division with a positive differential (plus-19).

The Royals' success may not be particularly sustainable after this year since Shields (and the under-performing Billy Butler) will be a free agent and some other best-case performances may not be repeated, and even one key injury could sink them in 2014. Heck, considering that it took a 10-game winning streak by Kansas City just to take over the division lead, the Tigers could be back in first next week. But Dayton Moore's team is definitely the best in the Central right at this moment, and even that is a big deal (and a weird sentence to write). And even if the Royals don't manage to hold on throughout the dog days of summer, the point is that the aging Tigers no longer own this division. Gone are the days of "Detroit and then everyone else." The AL Central is completely up for grabs with first and last place separated by only six games, utterly open for either a changing of the guard or a revolving door of new winners. 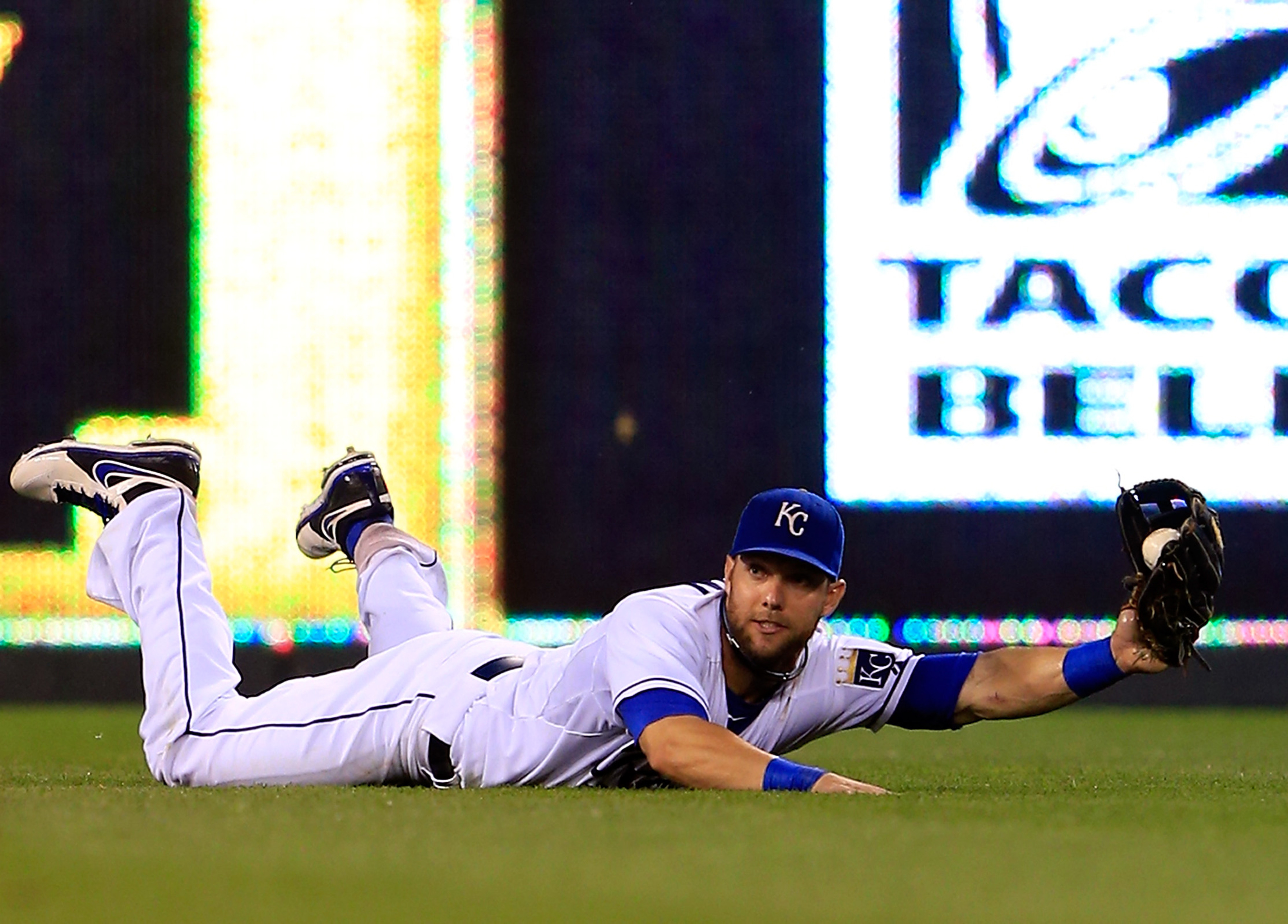 Forget everything you thought you knew about the AL. We've had front-row seats to Oakland's transition into divisional dominance, but the East is no longer controlled by New York and Boston and the Tigers no longer have a stranglehold on the relatively weak Central. It's a whole new ballgame out there.