Sonny Gray faces John Lackey at Fenway Park to salvage a game from this three-game set. Alberto Callaspo is out of the lineup after 24 consecutive starts.

On Saturday, the Oakland Athletics put up three runs in the ninth inning against Boston Red Sox relievers Chris Capuano and Koji Uehara, showing some encouraging signs of breaking out of their Fenway funk. Sonny Gray pitches for the Athletics against the Red Sox today on the heels of his shutout last Monday against the Texas Rangers. The Red Sox will put John Lackey on the bump, who himself is coming off consecutive 8-inning starts. 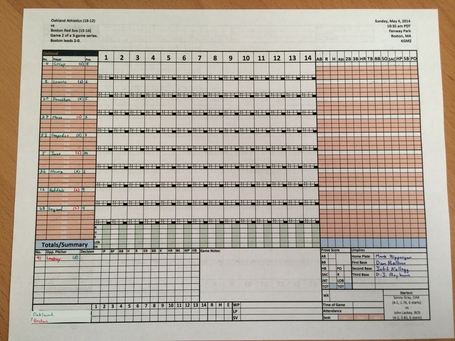