How replay SHOULD work, and why

If you read Athletics Nation, you probably know that I'm not a fan of instant replay in baseball. However, replay is here and likely here to stay and so today I will make the case for how it should work. It is, to put it mildly, very different from how it is currently employed and this is because I think there are numerous flaws in the current implementation.

Share All sharing options for: How replay SHOULD work, and why

Let's start with the absurdity that there is a difference between the process in the 5th inning and in the 8th inning. If it makes sense, or doesn't make sense, for a manager to have a potential challenge in one inning then it makes sense in another inning. Replay needs to be mainstreamed to work one way throughout the game.

2. "Whispers From The Clubhouse"

Part of the problem with managers challenging is that by the time they make a decision around challenging, they actually have more information than the umpires do. Then they act as figure-heads based on views neither they nor the umpires have seen, thanks to phone conversations between a coach and a guy in the clubhouse who is watching video.

So now we no longer have the good old-fashioned "I know you won't change the call but I'm gonna get my 2 cents in" arguments, or the pleadings to gather other umps, and see what perspective they might add to the view the manager and ump in question had. Now the manager goes out and stalls until some guy in a clubhouse tells a coach to tell the manager to tell an umpire to ask some guy in New York about it.

3. The adjudicators are the last to see what we already know

By the time rulings come down from New York to the crew chief, fans at the stadium watching on a Jumbotron, and viewers of both teams watching telecasts of the game, have seen several replays, formed a conclusive opinion and made a sandwich, while the actual judges in New York, and the real umpiring crew, are not yet ready to rule.

I imagine that while waiting for the ruling, the crew chief is on hold listening to elevator music that is occasionally interrupted by "Your correct call is important to us..." I'm not sure whether calls are ruled on in the order they were received or whether they are recorded for quality control.

Ultimately, with the current system weeds are being pulled by the tops

I have always believed that the replay system is largely a way of pulling weeds by the tops instead of from the roots. The root of the problem is that umpires have been insufficiently accountable for making the right calls a high percentage of the time. The current system is a small step in the right direction in that at least umpires are being publicly called out for bad calls, but this small step is being accomplished at the expense of all the inefficiencies and nonsense noted above. Power should stay with the umpires -- and with power should come accountability.

I do not think managers should be able to challenge or should have to challenge. I think managers should be able to argue bad calls and to urge umpires to choose to ask for a review -- and "ask for a review" should mean asking a neutral arbitrator located in the press box, who has access to both telecasts and their replays, to review the same replays shown on telecasts and to signal the confirmed or overturned call. From watching countless games on TV I can tell you this is about a 20-30 second process that offers "clear and conclusive evidence of the right call" 95+% of the time.

Umpires can elect to ask for help from upstairs (literally, not figuratively) or they can decline because they are confident their call is correct and that a review is not warranted. However, the stakes should be high for the umps. Umpires should be rated by the league on:

- What percentage of the calls they make are in fact correct?

- What percentage of calls are incorrect but they get it right  in the end by allowing for a review?

- What percentage of calls are incorrect and stand as incorrect because they will not allow for a review?

Each ump should get a rating based on these factors and umps who fall below standard, be it on an absolute scale or a curve, should be fired. This gives umps incentive not only to get calls right but also to ask for help when they may be wrong.

Lose the "first to know" clubhouse video guy, lose the "last to know" crew in New York, take the power away from the managers and put the incentive to get it right on the umpires. And let's play ball instead of standing around." 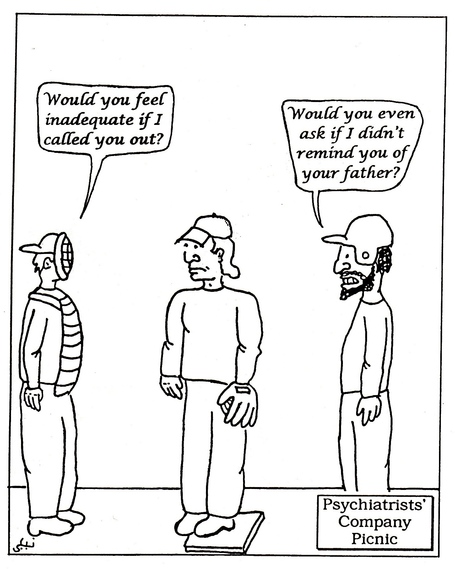