How do the 2014 Oakland Athletics compare so far to some of those great teams from Oakland's past? After 40 games, quite well.

The Athletics have a relatively short but storied history in Oakland. 24 teams have been in existence as long or longer than the A's have been in Oakland (including the four 1969 expansion teams). Only the New York Yankees have won MORE World Series victories than the A's in that time.

After the Yankees and St.Louis Cardinals;  the A's have the third most W.S. appearances, with six. There have also been plenty of good Oakland teams that never made it that far as well. Let's see which teams were best after 40 games.

Let's take a quick look at the six Oakland A's teams as good or better than the 2014 A's at this point in time. 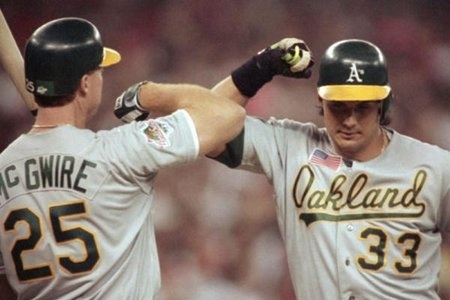 Jose Canseco lead the A's with 7.6 WAR and Dave Stewart lead all pitchers with 5 WAR.

In 1988, the elephant was restored as the symbol of the Athletics. 104 wins represents the Oakland single season record.

The A's defeated the Boston Red Sox in the ALCS, but lost the World Series to the Los Angeles Dodgers in five games.

The dramatic, walk-off home run by the Dodgers' Kirk Gibson in game one was a back breaker but Orel Hershiser was the real reason the A's lost. Hershiser pitched 18 innings and gave up two runs;  winning games 2 and 5 . 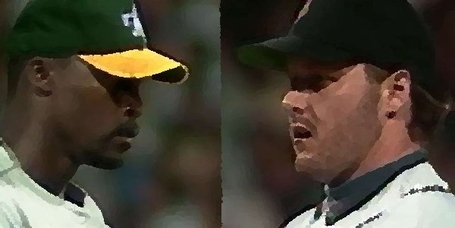 Harold Baines and Willie McGee were notable additions for the A's that year with only one month to go.

It was the third consecutive year in which Oakland finished with the best record in all of MLB. The Athletics swept the Boston Red Sox in the ALCS before being swept themselves by the (heavy underdog) Cincinnati Reds in the World Series. 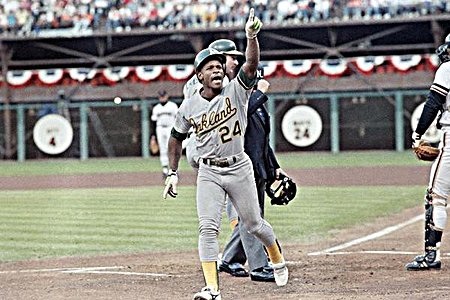 Rickey Henderson was traded by the New York Yankees to the Oakland Athletics.

The team defeated the Toronto Blue Jays in five games in the ALCS, then swept their cross-Bay rivals, the San Francisco Giants. As a fan, I felt a bit cheated since the earthquake-marred World Series understandably overshadowed A's glory. 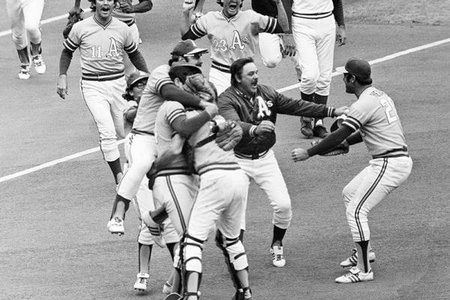 Starting in 1972, the team nickname was officially "Oakland A's."

At a time when every other team forbade facial hair, Finley offered $500 to any player who grew a moustache by Father's Day, something every single player accomplished.

In the playoffs, they defeated the Detroit Tigers in a five-game ALCS.  They would play the Series without their star right fielder Reggie Jackson, who was injured (pulled hamstring) successfully stealing home in the final game of the ALCS against Detroit. A  2-1 win.

This was followed by a seven-game World Series, in which they defeated the Cincinnati Reds. In perhaps the greatest World Series of all time, all four A's Series victories were by a single run. Six of the seven total games were decided by one run. 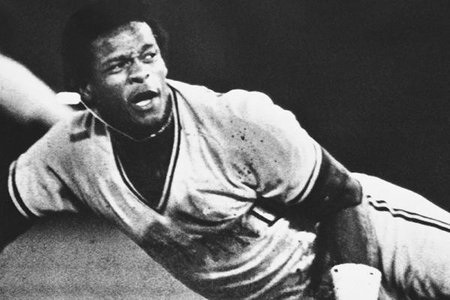 Athletics owner Charlie O. Finley's wife sought a divorce and would not accept part of a baseball team in a property settlement leading to the A's sale.

Manager Billy Martin was given the additional title of general manager.

The A's began the season with a then-record 11 consecutive wins. Their 17-1 start (through 18 games) remains unmatched.

They finished the season with the best record in the American League (#2 in MLB). They swept the Kansas City Royals in the AL West playoff, and were swept by the New York Yankees in the 1981 American League Championship Series. Krazy George Henderson purportedly introduced "the Wave" to the Athletics' crowd during the series' final game. 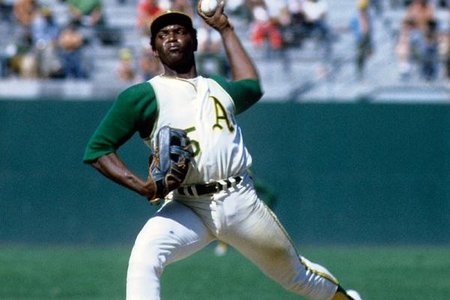 Vida Blue had arguably the best pitching year ever in Oakland at 8.7 WAR.

Reggie Jackson and Sal Bando had 6.2 WAR.  In their first postseason appearance of any kind since 1931*, the A's were swept in three games by the Baltimore Orioles in the A.L.C.S.

After 40 games the A's record seems to puts them in great company. I will leave it up to others to compare the teams above, I just wanted to show a general overview of what has come before.  As to whether or not this team is better than any of those teams, only time will tell.

These are good times right now in Oakland. I urge you to sit back; take a big breath; and smell the coffee.