The Oakland Athletics just completed a nice month in spectacular fashion with the three game sweep of Texas. The A's finished at 18-10, outscored Texas 25-4, and put a major beat down on their best pitchers. Aug. 12-14, 2008. The last time Rangers starters pitched less than 5 IP and gave up 4+ runs in 3 straight starts against the same opponent. This 18-10 record was expected by Athletics Nation. How about the month of May?

Share All sharing options for: Oakland Athletics May Preview

The Athletics May Preview

In my April preview; The First 30 Days, 50% of Athletics Nation voters thought the A's would win 17 or 18 games in the first month. It was nice to confirm what we all hoped and thought as the A's settle into another playoff bound 2014. A lot of the expected contenders in 2014 have not treated their fans so kind.

Before the A's start getting comfortable however, they need to remember that April may be the easiest month of the 2014 schedule. The teams they played in April had a 2013 winning percentage of .453. Texas and Seattle had multiple starting pitcher injury's (three each). Texas also had multiple starting fielder injury's (three starters). It was a good month to play both those teams.

Those same teams ended up with an April 2014 winning percentage of .450. Team Rankings had the A's April schedule as the 2nd easiest in MLB.  How about the month of May? I am going to break down May's rivals by a combination of runs scored differential, current ESPN Power Rank, odds predictive ranks (teamrankings.com), and April winning percentage.

When I first looked at May's schedule this off season, May looked like a tough month. Looking at it now, May seems littered with under-performing teams. Boston and Tampa were the favorites of the A.L. East. Cleveland was a 2013 playoff team. The Rays and Indians are currently last in their divisions. Boston is under .500. Even though the teams the A's play in May (.483) are cumulatively better than April (.450), May no longer looks particularly daunting.

Another thing I noticed is how far off ESPN currently is from Vegas on the two A.L. West teams. This is mostly based on run differential.  Look for the Angels to make a move this month as they are currently #2 in run differential in MLB. The Mariners also could make a move as they ought to be receiving multiple starting pitching reinforcements soon.

Oakland went 18-9 in April, marking the team's 11th consecutive winning month dating back to June of 2012, which ties for the second longest such streak in Oakland history (July, 1989-May 1991)

Boston's offense has started out slow only scoring 4.1 runs a game. ( 5.3 lead MLB in 2013). Jacoby Ellsbury and Steven Drew leaving hasn't helped. Boston's 4.6 runs against ( 4.0 in 2013) is also keeping them down. The Red Sox have probably been one of the biggest disappointment in MLB so far this year coming off a WS victory. The A's will see a tired Boston team on Friday since the Red Sox play a double-header Thursday.

Washington is in an unexpected dog fight. Atlanta; like the Athletics, had multiple pitchers go down with Tommy John surgery but have still chugged along nicely with the second best record in the National League this year. The N.Y. Mets and Florida Marlins have also surprised by playing over .500 ball.

#1 Starter Chris Sale- 15 Day D.L. Sale could need a rehab start or two before returning from the D.L. this week. Because of his herky-jerky unconventional delivery, many felt an arm injury was inevitable. A flexor muscle strain in his left arm will mean the Sox will proceed extra cautiously, perhaps missing the A's.

Cleveland has been healthy but ineffective. After making the playoffs in 2013 the Indians had a quiet off-season signing no one of note. They also lost SP Scott Kazmir and Ubaldo Jimenez. They did make one notable minor league signing: Aaron Harang. Harang didn't make the 25 man roster and opted out of his contract for the Atlanta Braves. Harang currently leads MLB starting pitchers with a 0.85 ERA.

The Rays went for it this year by spending over $80 million dollars for the first time in franchise history. This is something the front office admitted wasn't sustainable. They assembled a club that was a favorite to win it all this off season but early results have been less than stellar. #2 starter Matt Moore was lost to T.J. surgery. Ex Athletic Grant Balfour started off the year well, but has since gone down hill quickly with a 6.10 era/7.18 fip and has not pitched since blowing a huge lead off a Jose Abreu grand slam last Friday.

Another team that had a quiet off season. The J's are healthy and can score. Their SP has been average, but the J's bullpen is the third worst in MLB this year. 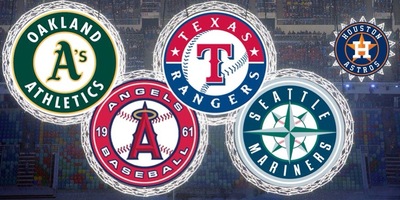 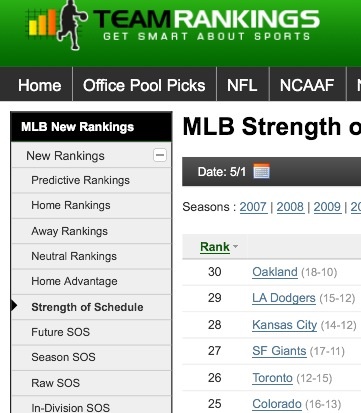