The first month of 2014 is set up to be the best month on the Oakland Athletics' 2014 schedule. Multiple Texas and Seattle injury's will help. Ranked by 2013 winning%, the teams the A's face in April will be the weakest. Half of the A.L. West games are also against LH starting-pitching; that will help the A's as well. Lets take a look at the who and why of it.

Share All sharing options for: The Athletics' First 30 Days

Craig Gentry and Nick Punto are going to help the team be a little better on offense; and a lot better on defense compared to the very good 2013 team. Thats important because Pythagorean expectations (predicting winning percentage by using runs scored and runs against) do not care whether it is a run scored or a run saved.

In effect, a solo home run = a solo home run robbed as far as the A's are concerned. Gentry and Punto are going to (metaphorically) rob a lot of solo home runs this year. But what about Texas and L.A.? How will they fare vs LHSP this year? Texas was great vs LHSP last year with a .628 winning percentage, but they subtracted these five players from their previously list of good hitters vs LHSP in 2013:

Texas, with Fielder, is no better at 1B vs LHSP. Baker signed for less than $2 million dollars a year with the Marlins. Texas will pay $138 million for Fielder over 7 more years. Fielder and Choo are also going to (metaphorically) give up a lot of solo-HR's this year.

What else have the Angels been up to? Can THEY take advantage of American League West LHSP?

In the Athletics First 30 Days, the door has been opened wide for a big month. Oakland just has to walk through it. 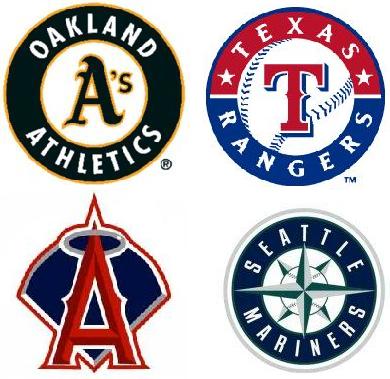 Athletics-
Thanks for sticking around. Here's a little extra for those who did.
Bonus: The Last 30 days-

"One of the things that revolutionized the 100 meter dash was a theory that instead of running your fastest split the 1st 50 meters and then slowing consistently down to the finish (which it turns out is what was happening to most sprinters since forever because even elite athletes get fatigued subtly giving max effort over 100 yard) you try to run the same split for every 10 meter increment, giving consistent effort. Study showed this led to faster times. One of the things that happened was that at the end, it looked like the consistent effort sprinter was surging forward when in reality the other runners were simply slowing down.

I’ve felt this way about the Athletics for some time now. The depth, particularly in pitching, allows them to be consistent in the quality of their baseball all through the year, but it really shows up as the season goes on and other teams without theirdepth start to use replacement players.

Anecdotally, it’s seemed like the Athletics have consistently had solid advantages in pitching match ups over each 3 or 4 game series as the season goes on. So many teams are forced to run out 6th and 7th starter options that are sub-replacement. Yeah it’s cliché to say you need a lot of pitching. But watching how pitching depth actually operates as a season winds on has been interesting here in Oakland." Oaktown Steve.

The Oakland Athletics had the best record in MLB in September 2012-2013. If the Athletics start off hot, the rest of the American League West may have a very difficult time catching up. How do you think the Athletics will do this month?