The Athletics lose to the Astros for the first time this season, though they nearly pull off another ninth-inning comeback.

The Athletics showed they wouldn't give up after what many would consider a demoralizing four-run eighth, but their ninth-inning rally came up short as the Athletics lose to the Astros 7 to 6. 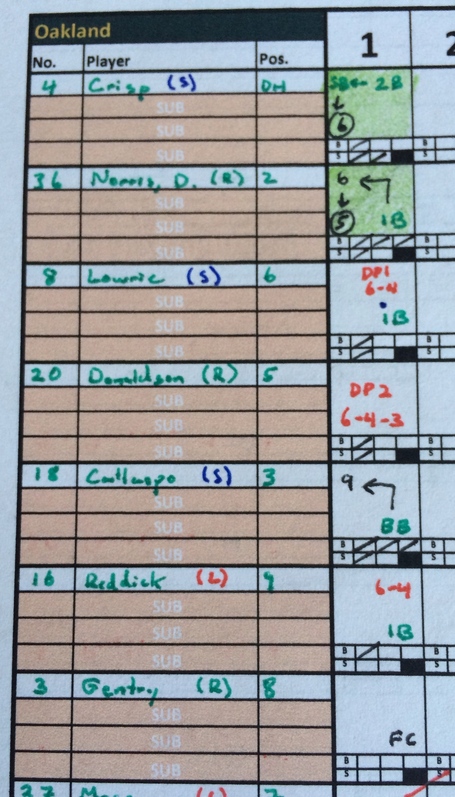 The game began with the Athletics getting off to a hot rally off of Dallas Kuechel. Coco Crisp, today's designated hitter, led off with a double. Derek Norris singled, moving Crisp to third. Jed Lowrie followed with a single, scoring Crisp and moving Norris to third. Josh Donaldson unfortunately bounced into a 6-4-3 double play, but the second run scored from third. With the bases now empty, Alberto Callaspo walked on five pitches. Reddick singled sending Callaspo to third. However, the runners would be stranded as Gentry grounded into a fielder's choice. All of that took only 23 pitches, and the A's led 2-0 with the Astros coming up for the first time.

After the first, the A's did not get much going for awhile. Dallas Keuchel recorded 16 outs between the second and the seventh while only giving up a third-inning lead-off double to Derek Norris. Keuchel recorded 13 consecutive outs after that double.

With the Astros batting in the second, Dan Straily conceded a five-pitch walk to Marc Krauss, who entered today batting 7 for 50 (.140). Chris Carter promptly launched an 0-1 pitch over the wall just to the right of the Crawford Boxes to take the lead. Astros 3, A's 2.

After that, Straily settled down well, facing one over the minimum through the sixth inning, with no inning exceeding 17 pitches. One of those outs was an absolute laser from Josh Reddick to Josh Donaldson on the fly to throw out Astros rookie George Springer, which one commenter described as throwing the baseball 300 feet on the fly to a target the size of a bowling ball. 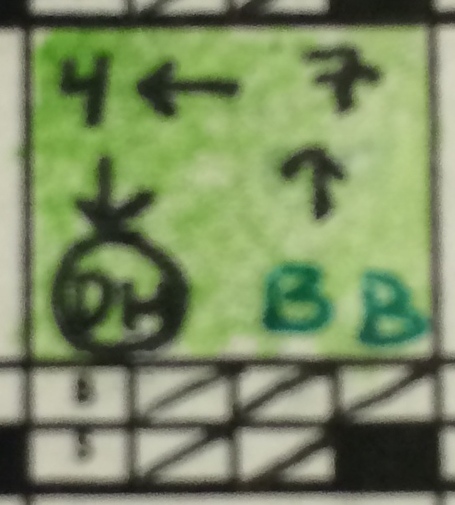 In the top of the seventh, Houston starter Dallas Kuechel did something to draw the attention of Houston's coaching staff and trainers. Kuechel apparently convinced them that he could remain in the game, having thrown only 78 pitches through six nnings. Down 3-2, the Athletics' Craig Gentry worked a walk, and Brandon Moss singled to move Gentry to second. Kuechel's day was done.

Punto singled moving everyone up ninety feet, loading the bases with only one out. Coco Crisp hit a sacrifice fly to left, scoring Gentry.

With the lefty Kuechel out in favor of right-hander Jerome Williams, A's manager Bob Melvin elected to pinch-hit John Jaso for Derek Norris with the tie game and a runner in scoring position. However, the Astros still had a left-hander remaining in their bullpen. Jaso struck out to end the seventh, and the game was tied 3-3.

Straily appeared for the bottom of the seventh in a rare third trip through the order, having thrown just 81 pitches through six innings. Marc Krauss flew out to right, but Chris Carter walked on five pitches to end Straily's day. Ryan Cook came out to get the next two outs in just 7 pitches, and the score remained tied.

The A's mustered little against Jerome Williams in the top of the eighth. For the bottom of the eighth, Bob Melvin elected to go to left-hander Sean Doolittle with switch-hitter Marwin Gonzalez, righty Jose Altuve, and switch-hitter Dexter Fowler coming up. Doolittle would not have a good day.

Luke Gregerson did his best to salvage the outing. With the infield in, George Springer grounded to Jed Lowrie who had to move to his left, and might have had a close play at the plate but elected the safe out at first. Gregerson then threw a wild pitch that moved Jason Castro from second to third. Marc Krauss grounded to third, allowing Castro to score and closing the book on Sean Doolittle. Chris Carter, bless his soul, struck out. Astros 7, A's 3.

And so the A's headed to the ninth, and one wondered, "How would the Astros manage to lose this game?" They did their best.

With the Astros bullpen heavily used in recent days, Jerome Williams went out for his third inning of work with no one warming up. Josh Reddick singled and Craig Gentry walked to bring Brandon Moss up. Brandon Moss knocked a 3-run dinger to right (where else?): Astros 7, Athletics 6. Now Bo Porter got his bullpen going. Meanwhile, Nick Punto singled.

Coco Crisp came up, with nobody out against a clearly tiring Williams and worked the count to 3-and-1. And then he did the silliest thing. He offered a bunt attempt for a hit at ball four and missed. On 3-and-2, Crisp just avoided grounding into a double play, but now there was one out with him at first instead of nobody out with the tying run at second.

With John Jaso coming up and no catchers available, Porter brought out his sole lefty, Raul Valdes. Jaso had been 0-for-3 against left-handers thus far this year, and did not disappoint his statistics, striking out swinging. Jed Lowrie was the final chance for the Athletics, but he too could not put the ball in play, striking out swinging to Valdes. 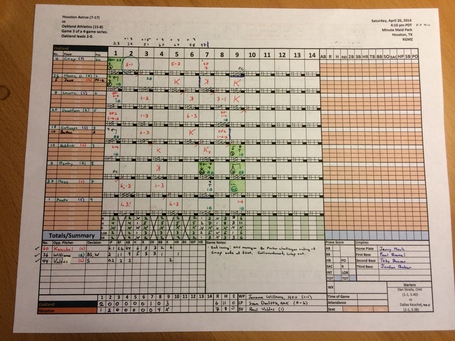 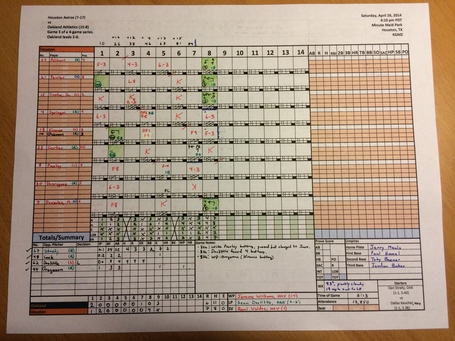