At this point, walk up music is as much a part of baseball as 7 minute replay challenges and 6 year stadium searches. It's inseparable from the game we know.

The walk up music announces the batter to the crowd; fans hear it for each batter multiple times every home game, and ideally it pumps up the fans and the player. At its worst, it can be a severe annoyance, and momentarily be a buzzkill in the middle of a rally.

I'm just looking at the main starting position players, because they come up 3-5 times per game, so we hear it a lot over the course of the season. 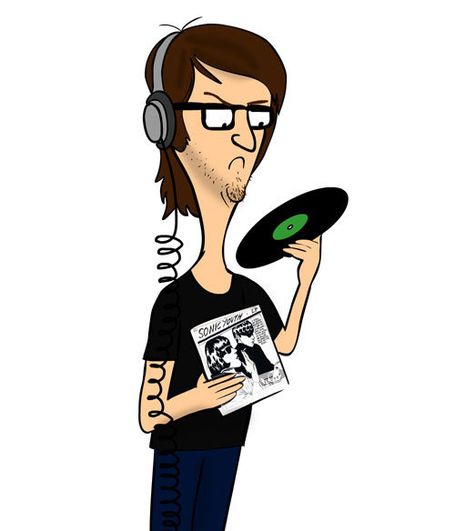 It pains me to say this is a classic hip hop song, because it wasn't classic when it came out and I first heard it; in fact I might have called it fresh. Which in and of itself dates it. Still, it holds up well over time. I don't really know much about DJ Kool other than this song, but this song is a certified hype song. Any song that's basically a hype man yelling to hype up a dance floor (or a baseball crowd) is pretty much made for entrance music. I mean he just yells "Here we go now!" like 8 times in a row to start the song. Plus, Coco is always the first batter of the game, and this song sets a fun party vibe with the tried and true horn sample. Also it's kind of a fun nonsense song, and family friendly; fans of all ages can get into it (and curmudgeons of all ages will of course hate it). I enjoyed Coco's old school choice of last year, Eric B & Rakim's "I Ain't No Joke" but this is a step up.

Also, while looking for this, I came across the awesome remix video featuring Biz Markie and Doug E. Fresh.

This song is a classic, no question. Rush is a great band, probably around a dozen big hits and inspired millions of air drummers worldwide. But (and you knew there was a "but" coming), it's kind of a weird song (like all Rush songs). It comes in with that spacey riff, Geddy Lee's got his strange high pitched voice, and like all Rush songs it's way overproduced.  However, it's a good song, so I can't knock it too much.  I might have been higher on it last year but going on 2 years now, it's time for a change. Tons of awesome classic rock songs are out there, why go Canadian?

Maybe Jed saw a baseball connection with the opening verse:

I would have thought this was a near-unanimous win, but then I read mendelbob's fanpost railing on Josh Donaldson for using Regulate as a walk-up choice. Mendelbob made a passionate argument, that mainly centered on the fact that this is a classic SoCal song that is very LBC-centric, and the fact that the song is about Warren G getting punked and seeking revenge via a drive-by.  Mendelbob, you are right on both points.

However, the song just oozes the G-funk vibe, which, if you remember, united Northern and Southern Cali. If you're my age, you may recall growing up with "Westside" and not this Norcal-SoCal division we see today. It was East Coast vs. West Coast. Also, Nate Dogg (RIP) might have turned in his greatest performance ever. As for the lyrics, (1) it's still a good story, and telling a story through a song is usually gonna get my love and (2) the music and Nate Dogg's gangsta crooning are so smooth and funky that it manages to be a feel-good song despite the lyrics. Lastly, you only hear the first 30 seconds or so, and you don't get into the lyrics anyway.  This song was of the style that was huge up and down the West Coast (and only the West Coast) in the 90's. It is something Oakland fans can connect to despite the story taking place in Long Beach (which, by the way, is another gritty port city).

If that wasn't enough, the song, starts off with "REGULAAATOOORRRS!! Mount up!" and I think that's a pretty awesome intro to an AB. Inspiring, even. Sorry Mendelbob.

Definitely the most improved player. There's not even a close second. Last year he was rocking "Boys 'Round Here" by Blake Shelton, a.k.a. the "talk about trucks" song. I mean, I know a lot of country music is about trucks. I get it, I really do. But a country song about talking about trucks, that was too much. And beyond that, Blake Shelton is more pop than country anyways. It falls in the category of cheeseball radio music.

To go from that to AC/DC is truly a giant leap in taste. Also I noticed when they play it at games, it starts on the first riff, at 0:24 in the video. It's maybe not the best AC/DC song, but it's solid rock and roll. And who among us hasn't snuck in a flask to an A's game to make their own whiskey on the rocks? Way to go Brandon. You done good.

Cespedes started off his MLB career with this song, and hasn't really changed it. In 2013 he did for a little while switch to Clyde Carson's "Slow Down" and for him to adopt a local Bay Area song was cool. Unfortunately, he went into a horrific slump and I think he figured he needed to switch it back. It's a really happy song, but I don't know Spanish beyond some key phrases here and there and for all I know it could be about tying people up in basements or something. Hopefully not, because it is a fun song.

The live video is pretty epic, it starts off so dramatically and then immediately transitions into happy horn-blowing reggaeton. I do have to give this song props for not sounding exactly like other reggaeton songs.  And it does get people smiling as he's walking to the plate. I do think he could stand to change it, but I also have found myself looking up this video multiple times over the past few years just to listen to the song. Catchy as hell.  It really is a good way to "brand" yourself, as it were.

Here's where we get our first clunker. What? How can I hate on Hendrix?

Well, whoever's been in the stadium knows what I'm talking about. You get like three almost inaudible twangs of the guitar. Slow, quiet, and boring, and then Jaso's up to bat. Listen, I love Jimi Hendrix. This song is fine. It is kind of a slower straight ahead blues song, not a track where Hendrix' talents are on full display, but a good song nonetheless. However, a cardinal sin of walkup music is having a couple guitar twangs. It just doesn't play well over the loudspeaker (let alone the decades-old loudspeakers we have at the Coliseum).  I like that Jaso is willing to dig into the deep cuts but something more audible and more "Jimi" is in order.

Walk-up rating: 1/5 (3/5 overall). Come on, man. Give the fans something to grasp on to. Jimi's got a few songs where he amps up the electric guitar, or so I've heard.

After the untimely demise of WWF wrestler the Ultimate Warrior, Josh Reddick changed his walk-up music as a tribute to him. Honestly, any music meant to intro a wrestler is probably good intro music. I've never been that into wrestling, but a tribute to someone you love + a song that sends wrestling fans into a frenzy is a recipe for walk-up music success. Also note, since that time, Reddick has turned his season around. Coincidence? Maybe. Astros? Probably. But perhaps it's the Ultimate Warrior smiling down from the ultimate ring in the sky.

Walk-up Rating: 5/5 (2/5 Overall). Not something I'd really listen to on its own, but perfectly deployed for its intended use.

Arcangel seems to be hugely popular in Venezuela, based on a sample size of 2 (Fernando Abad and Alberto Callaspo). I heard this song a number of times and I kept thinking it was a female vocalist. But actually, it's a dude who grew up in NYC and moved to Puerto Rico to become a Reggaeton star. And it worked! So good for him.

This song apparently is the title track from his album Sentimiento, Elegancia & Maldad (Sentiment, Elegance & Malice). I feel like if I knew the lyrics I could judge it better. Going solely based on sound, it's kind of blah. I think there are better tracks on the album (for example, the one Abad uses, Dios te Bendiga). The A's website does list two other songs as possible walk-up music, but I haven't heard them at a game yet.

There's something truly endearing about Harry Potter/Keebs/#Nerdpower/#FaceofMLB using Welcome to the Jungle as his walkup music. It's a great song and I believe was performed at the Coliseum on the Metallica/Guns 'N Roses tour way back when. I seem to remember YouTubing that tour before, as much as I could anyway. The speaker stacks are legendary.

Anyway, the song is great. Are there arguably better GNR songs? Of course. But musically, the tempo, familiarity, and the lyrical highlights ("You know where you are? You're in the Jungle baby!") are perfect. And it starts off with that awesome guitar intro, then builds up to the verse. Also because Sogard is probably the least intimidating player ever, I feel like it shows a good sense of humor.

Walk-up Rating: 5/5 (Overall 5/5). Way to turn the order Sogie. Your vision may be impaired, but your hearing is just fine.

Overall, the A's really put together a solid core this year. Got a little bit of everything, no slow country songs, no terrible flavor-of-the-month rap songs, no "active rock" (i.e. rock trying so hard to sound hard but not be metal, which seems to be hugely popular among ballplayers).  Another reason I'm happy that I'm an A's fan.

If I could make one humble suggestion, it would be for more of the A's players to tap into the rich Bay Area music tradition and pick some local tracks. I enjoyed Jonny Gomes walking up to Too $hort, for example. Rancid and Green Day would have some great songs as well. Just do me a favor and don't go Third Eye Blind.

If you want to check out the full list including backup players and relievers (can't vouch for accuracy), here you go!