The Trading A's: Are the A's pursuing an "age" Sweet Spot?

Part 2. In The Trading A's Part 1, I looked at the Jed Lowrie, John Jaso, Billy Burns, Brett Anderson, Jim Johnson and Michael Choice trades. Today, I examine if there is an "age" sweet spot the A's are pursuing. I also look at the trades of Seth Smith, Chris Young, Grant Green, Kurt Suzuki, Tyson Ross, Cash Trades, minor trades, DFA's and an overall analysis on how the A's have done with trades the last few years.

Share All sharing options for: The Trading A's: Are the A's pursuing an "age" Sweet Spot?

First let me complete the rest of the trades the last few years: 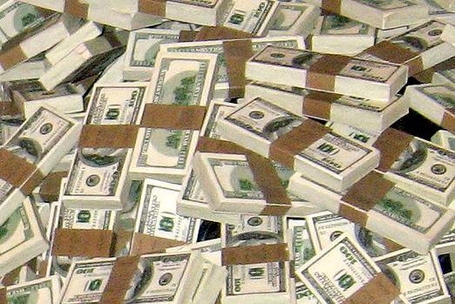 Is there an age sweet spot the Athletics are pursuing? Thats the trades over the last two years. The A's seemed to be building for the future with the Gio/Cahill/Baily trades, a future that came unexpectedly early. It now seems that the A's front office mostly has traded/obtained youthful veterans the last few years. Lowrie (30), Jaso (30), Kazmir (31), Callaspo (31), Gentry (30), Chavez (30), Moss (30) Johnson (31), Gregerson (30) are all 30/31 now. Is this a coincidence?

I think the A's have done a great job with trades the last few years. Of course they sacrificed a large amount of prospects and youth. But the goal was is to win the division. This year. And to win the World Series. THIS YEAR. This front office has proven time and again they know what they are doing. They have a good plan, and they know which players fit that plan.

A.J. Cole may work out, but he still could flame out. Jaso is not the greatest catcher in the world overall, but with Norris, he works out quite well in a platoon. (Best C platoon in MLB). *Primer: The Hardball Times: Best Platoon Players by position.

Other than A.J.Cole, I would be hard pressed to really complain about any trades by the A's the last few years were the A's have lost someone of importance above and beyond what they gained in return. Ross would be nice to take back, but for a winning team with his option situation they did what they had to.

All things being equal, home field advantage is better than not having it. It may be a small advantage. It may not work out. But it’s something. If you haven't gotten through the first round for two years, get better. Being utterly dominate got the A’s to three world series in a row in 88-90. Back then the A's had money to throw around.

I like seeing the A's try and employ that strategy again. This time around there is little money to throw around. But there are still prospects and for this franchise at this moment in time, prospects are cash. I am firmly in the camp for the A's to upgrade the roster through trade's even more. There are still plenty of A's prospects that I will probably not ever miss.

If the A's traded three or four more prospects this year (#5-#30 range), they can still improve the team on the back end. Trade early ( better 1B platoon to name one), trade often, (whatever is needed mid-season),  trade late (could the A's land another Steven Drew type trade in August?). I say Carpe Diem. Seize the day.

*I had to have missed a few players, please feel free to point them out.

Bonus: Two 1/2 years ago. What an off-season that was. It turns out all of those pitcher trades were also win now but no one knew it at the time. 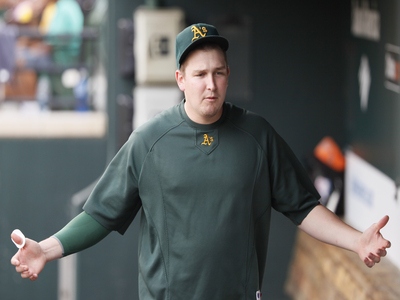 A blast from the past; the OmahaHi way back machine archive: Why the A's should trade Cahill AND another Starting Pitcher.