Share All sharing options for: The "Closer by Committee" Needs a Nickname

Athletics Nation has a long and rich tradition of bestowing nicknames on A's players. Eric Sogard was given the name "Keebs" for his Keebler elf-like appearance and stature. Chris Carter was granted the name "Trogdor" as in the Burninator. Derek Norris has alternately been called the "Chemisterizer" and "Norrisaurus" (the latter being a logical extension of his nickname Dno, the former being a reference to his winning ways), and the list goes on.

"Closer by Committee" is one of the most banal terms in baseball. It doesn't even make sense, because by definition a closer isn't a committee. It's a stupid system of one guy pitching the last inning of every relatively close game. We can do better.

Here are a few ideas that I humbly present to the community (click on the pics to enlarge): 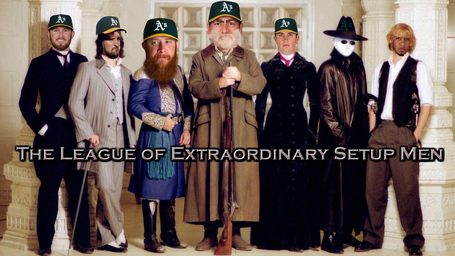 The League of Extraordinary Setup Men: This one is kind of low-hanging fruit. A bunch of interchangeable parts, working as a team, with different skillsets, but all pretty extraordinary. Also allows Jim Johnson to hide behind a mask and stay out of the picture. 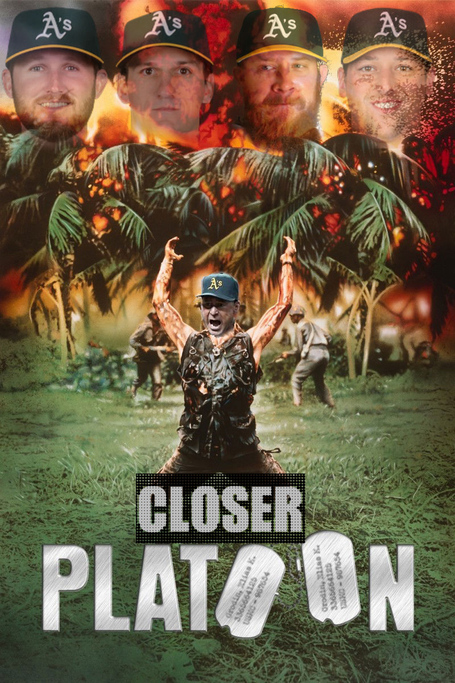 Closer Platoon: Bob Melvin, a.k.a. "The Mad Scientist" is onto his craziest experiment yet! What form of bullpen hellfire will he rain down on the next victim? So many choices...in the CLOSER PLATOON. (Credit on the name goes to jfkoo). 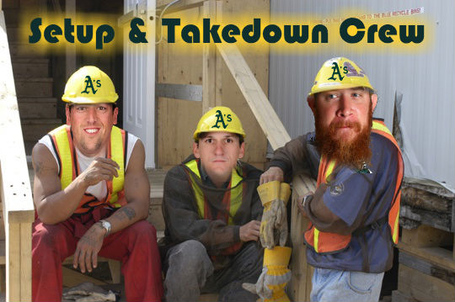 Setup and Takedown Crew: Just a bunch of guys putting in an honest days work. No egos, just gettin' the job done. Alternate name: "The Lunchpail Gang." Side note: Any excuse to use the blank stare of Dan Otero. 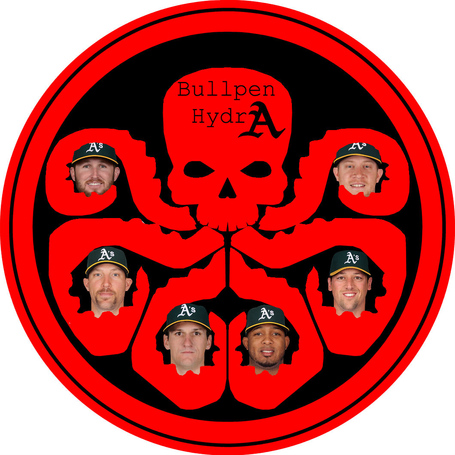 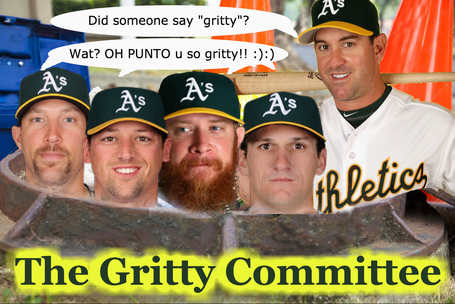 The Gritty Committee: Now this is a "committee" I can support. The term "grit" has a special place in baseball lore. What symbolizes grit and the O.Co sewage better than dudes sticking their head out of a manhole? I guess Nick Punto but that's about it. Bonus on this name is that if they start to falter, change a couple letters and the name still works.

AN as a group is much more powerful than just me alone, so I invite you to throw out your suggestions for a potential monicker for our late inning guys. Looking forward to seeing the zany ideas you guys come up with!