The A's have some new faces, as usual, and the team is well-positioned to compete for a third straight division title.

The Oakland Athletics are coming off back-to-back AL West titles, and they will try to mix and match their way to a third straight division crown in 2014. The A's lost a couple of key players in Bartolo Colon and Grant Balfour, but replacing departed stars is a familiar task for Billy Beane. The additions of Scott Kazmir, Jim Johnson and Luke Gregerson should help keep the pitching staff stable in light of the aforementioned losses as well as the season-ending injury incurred by Jarrod Parker. On top of that, virtually the entire cast is returning from last year's offense, which ranked fourth in MLB in scoring. The A's have question marks, as they always do, but they are well-positioned for a run at a third consecutive playoff appearance. 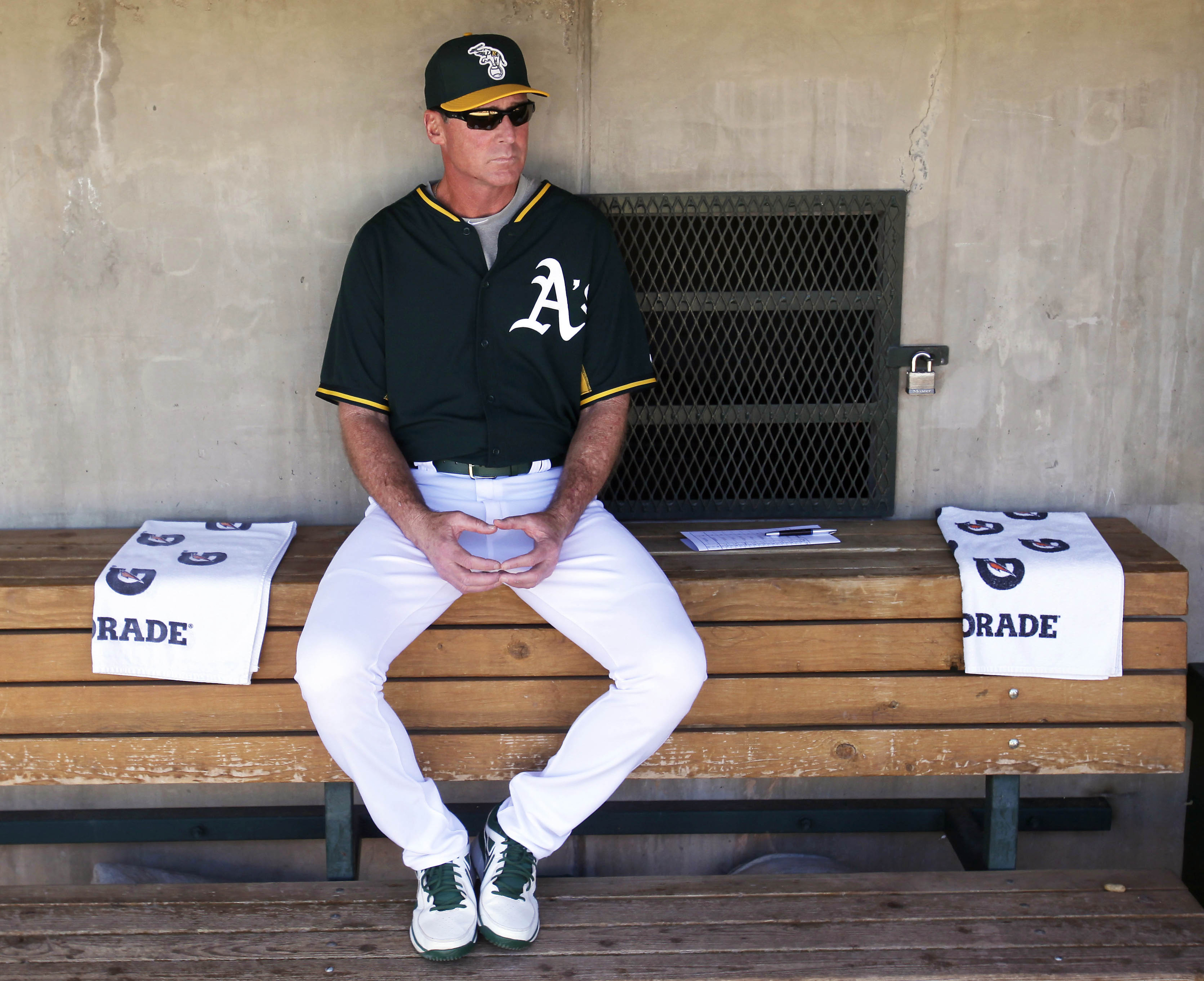 The mastermind behind the machine.

* Filling in for Craig Gentry, who will start the season on the DL but should return April 5.

* Arnold Leon, Josh Lindblom and Drew Pomeranz are expected to be next in line to start.

** Filling in for Ryan Cook, who will start the season on the DL but should return April 5.

2014 Season Preview: Why the A's Will Win The Penn

Gray and Kazmir turn in huge seasons, and Chavez emerges as a legitimate No. 3 starter. Griffin comes back healthy, but he has to go to Triple-A because there's no room in the stacked rotation once Pomeranz breaks out. Donaldson repeats his huge 2013 and finishes top-3 in the MVP race, but this time Cespedes helps him shoulder the load with a .900 OPS and 35 homers. Reddick reverts to his 2012 form and finishes with 30 homers and a Gold Glove. Lowrie and Coco stay healthy all year, and Addison Russell reaches the majors. Lew Wolff finally calls a plumber and the Coliseum's pipes get fixed. The team wins 100 games and runs away with the AL West, sweeps the Tigers in the ALDS, beats the Rays in the ALCS and defeats the Dodgers in the World Series. Nick Punto does his best Marco Scutaro impression and wins the World Series MVP after hitting .500 in six games. Bud's Blue Ribbon Committee comes to a decision, and it's favorable for the A's. Moneyball 2: The Platoon Advantage is announced by Columbia Pictures, with Christopher Mintz-Plasse playing Eric Sogard.

Kazmir gets hurt, and Griffin's tendinitis turns into Tommy John surgery. Gray stumbles in his first full season, and Chavez flames out as a starter. Donaldson falls back to Earth, and Cespedes posts another sub-.300 OBP. Lowrie gets hurt and plays only 20 games, and Punto does his best Andy Parrino impression at the plate while starting 150 contests. Somehow, Yuniesky Betancourt ends up on the team. Reddick repeats his 2013 numbers and Jaso misses the season after getting another concussion behind the plate. Coco is injured when the dugout toilet explodes during a rain delay and sprays him with crapnel (that's shrapnel from a crapper.) Brett Anderson and Bartolo Colon finish first and second in the NL Cy Young voting, Jemile Weeks hits .320 for Baltimore, and Michael Choice blossoms into a star for the Rangers. The A's win only 84 games and miss the playoffs entirely. The Giants win the World Series by defeating the Angels. Bud's Committee decrees that the A's will move to Portland and switch their name to some really obscure local bird that you've never heard of.

The A's are going to the playoffs again. It may be as the division winner, or it may be as the Wild Card, but this roster has what it takes. Specifically, I think Kazmir will stay healthy and have an above-average season, Cespedes will figure it out and have a big year, Pomeranz will emerge in the second half, and Chavez will be a success. Beane will patch holes and replace injured players as the season goes along, just like he is so good at doing. It's going to be a really fun season in Oakland.