How the A's Secret Weapon Will Win the West

The Athletics are the MLB poster child for effectively leveraging obscure numbers into wins. But what you may not know is one particular platoon advantage will be leveraged by the Athletics like never before in 2014. It's simple and its complex and its interesting all at the same time. It's a hidden baseball Easter egg, perfectly constructed for 2014.

Share All sharing options for: How the A's Secret Weapon Will Win the West 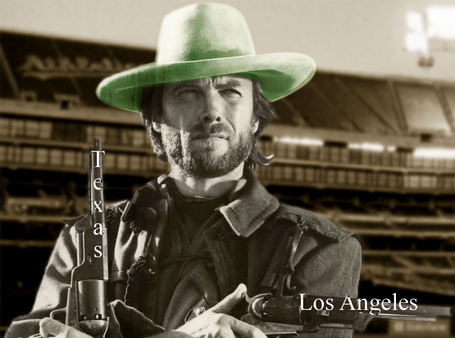 HOW THE A'S SECRET WEAPON WILL WIN THE WESTDo the Athletics have a new secret weapon? We already know the Athletics love to use platoons and crunch statistics. Bob Melvin used platoons to maximum effectiveness in 2013 with a platoon advantage in 70% of Athletics plate appearances. We also now know the Athletics use hidden platoons ( *high FB% hitters among others) to find any little advantage possible. What are the Oakland Athletics up to this year? Let's see.  * (The New Moneyball- Andrew Koo.)

1) Teams that are great vs Left-Handed Starting Pitching (LHSP) usually make the playoffs.Lets take a look at a 2013 team leader-board:Team winning percentage vs LHSP.  Top 5.http://www.baseball-reference.com/leagues/MLB/2013-standings.shtml

Notice anything? There are a lot of very good teams. Playoff teams.  Is it just an anomaly?  Not lately. If a MLB team was one of the top seven teams in MLB vs LHSP in the last three years (2011-2012-2013), they made the playoffs 86% of the time.  And 72% of the time, they were a division winner.  It worked for the Athletics in 2013, and the Athletics will be riding this wave again in 2014.2) The 2014 Athletics team is built to be elite vs LHSP.The Athletics have changed from the 2013 team that was equally good against either handed starting pitching.  In 2013, they had a .593 winning % vs Right-Handed Starting Pitching ( 64-44 ) and they also had a .593 winning % vs Left-Handed starting pitching (32-22). While they are still expected to be very good vs Right-Handed Starting Pitching (RHSP) ( losing Seth Smith is the only change), the 2014 Athletics team has been built to be the most dominate team in MLB against LHSP.  New teammates Craig Gentry and Nick Punto are mostly why.  It turns out they both fit doubly perfect into the Athletics platoons. 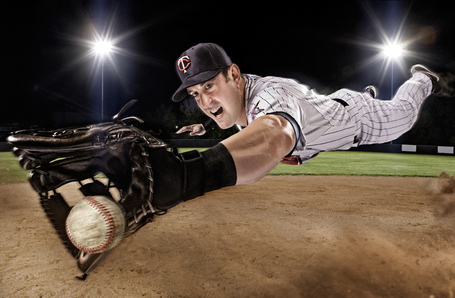 On offense, Gentry and Punto are also much better than the 2013 version of Chris Young, Adam Rosales, Grant Green, Andy Parrino, Jemile Weeks and the others vs Left-Handed Pitching (LHP). Alberto Callaspo also helps quite a bit over a full year. By comparing the top 10 players vs LHP from 2013 to 2014, I project the Athletics to score 5% more runs this year vs LHSP.

*Splits vs LHP are extremely volatile.  Many Athletics starters have played only a few years.  I used a wRC+ split, averaged over the last two years and simply regressed. This projected many of the Athletics best players vs LHP to be worse than in 2013. (Josh Donaldson, Derek Norris, Jed Lowrie). More on Lies, Damned Lies, and Statistics in part 2.Conclusion:

What next? I then crunched those numbers into a new expected winning percentage using Pythagorean Expectations. Pythagorean Expectation is a formula invented by Bill James to estimate how many games a baseball team "should" have won based on the number of runs they scored and allowed.The original formula has since been refined ( I used the formula baseball reference uses) and it is considered very accurate. If you plug in the Athletics runs scored/against in 2013, the Pythagorean Expectation (P.E.) comes out exact at 96-66.

More information on Pythagorean Expectation here: http://en.wikipedia.org/wiki/Pythagorean_expectationAnd the final results? The Pythagorean Expectation shows that the Athletics go from a .593 winning percentage to a .659 winning percentage (+.066) vs LHSP in 2014. Small numbers (5% more, 10% less) big results.3) The Athletics are going to play more games vs LHSP than any other team in MLB.The MLB average is 47.  I project a hearty 57 for the Athletics in 2014. (+10).  So the Athletics will leverage that .659% in a year they will play against an abnormally high amount of LHSP.The "versus LHP"  team will also be like a group of elite Spartan warriors, called in only when needed in the big battles. Versus the N.L. this year, the Nationals / Braves / Giants have 30% LHSP. The Marlins / Mets / Phillies are only 20%. Versus A.L. East favorites Boston and Tampa, it's 45%, vs the rest of the American League East; it's only 25%. But the best is yet to come. 4) Most of those extra games vs LHSP will come against the Athletics main division foes.

Expected innings pitched in 2014 by LHSP:

There's most of the +10 games right there. (In 2013 L.A. and Texas LH starters pitched only 38% of the innings). The Athletics will (by design, chance or fate), on average, only use their best team; the versus LHSP team, against only the best MLB teams. It seems like the weaker teams are being left for the versus RHSP team to feast on. 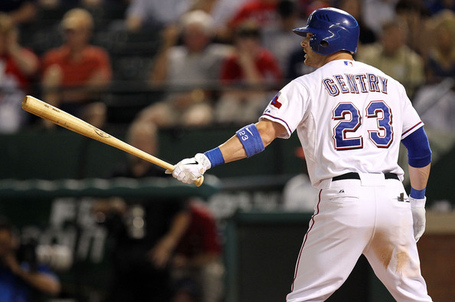 So where were we?

Advantage Athletics.Before you fully consider that, consider that the Athletics are not done fully leveraging all the versus LHSP advantages that break their way this year. Let's look deeper at Texas and L.A.5) The A's main division foes have done everything in their power to help the Athletics and hurt themselves.The Oakland Athletics and their main foes in the American League West have made a lot of changes this off-season.  They have changed their teams identities in subtle but quantifiable ways by taking different roads. As it turns out, all roads lead to Oakland winning the American League West.Texas Rangers- 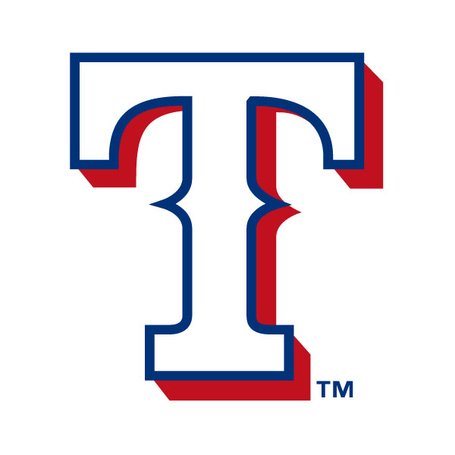 The 2013 Rangers team was built to win by being great against LH Starting Pitching ( .527 vs R, .628 vs L ) but the 2014 Rangers team is built to win by being much better against Right-Handed Starting Pitching with the additions of Prince Fielder and Shin-Soo Choo.What about that great 2013 Texas team vs LHP? It's gone. They subtracted five very good players vs LHP (Jeff Baker (wRC+ vs L, 183), Ian Kinsler (122), Nelson Cruz (122), Craig Gentry (119) and Lance Berkman (110) from that 2013 team.  (100 is league average). Their new defense     (again Fielder and Choo) is also much worse, hurting their own pitchers.Of course if you have to choose, being much better vs RHP is the way to go with 110+ games a year against them.  But the Athletics will have their cake and eat it too this year. But where the Athletics have changed to take advantage at exactly the right time, the Rangers are caught in the middle of changing their identity at the wrong time. Texas will play more games vs LHSP and be worse at it in 2014.  Advantage Athletics.  *More on the Texas offense in part 2.L.A. Angels- 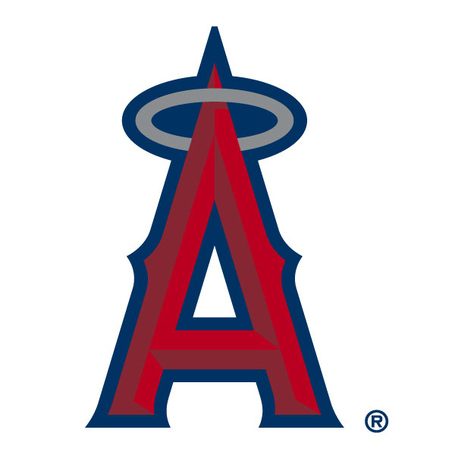 What did the Angels do this off-season? Walked right into Beans trap that's what. The Angels both helped the Athletics AND hurt Texas at the same time by trading for LHSP Tyler Skaggs and Hector Santiago this off-season. Their #2, #4, #5, #6 and #8 projected starters are all LH.Why are the #6 and #8 guys important? If any LH starters go down, other worse LH starters may take their place; helping the A's advantage. Any RH starters go down, other worse LH starters may get more innings and/or take their place; helping the A's advantage. *more on L.A.'s offense in part 2, hint: the news doesn't get any better for them.It turns out Texas did the exact same thing with their starting staff.  The Rangers  #2, #3, #4, #6, and #7 starters are all LH. Even with injuries to their #1, #2(L) & #3(L) starters to open the season, the Athletics will still face LHSP at least 3 out of every 5 games with them the first month.If things further break right for the Athletics, it could be 4 out of every 5 games with these teams at times this year.  It seems Billy Beane ( or perhaps one of the Assistant G.M.s David Forst or Farhan Zaidi ) may have pulled a Jedi mind trick on both Western teams. *The only other MLB team with 3 LH starters is the Chicago White Sox.The Athletics advantage can be summarized by this: 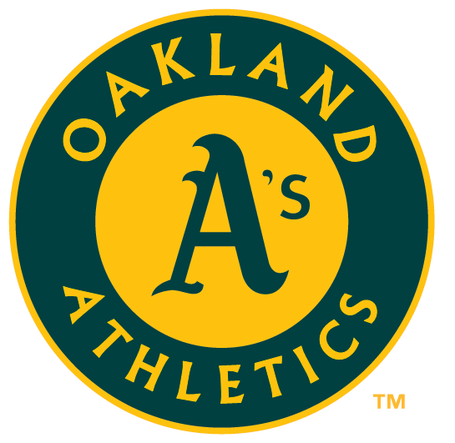 What's does it all mean?With this highly leveraged advantage, ( plus a few more I point out in Part 2), I'm going to go on record as saying the American League West title is not even going to be close.  That the Athletics will win by at least 5 games over the Angels rain or shine. That the Rangers injury bug means Texas will start slow and be stuck at least 5 back at the end of 2014 and maybe never make it close at any point.I also think both of those teams may be incapable of being a wild-card team if the Athletics do as they are built to do. What does that mean? All else being equal ( injuries, pitching, and luck of course ) the Athletics would be expected to win 37.5 games vs LHP.  Many ( if not most ) coming at the direct expense of Texas and L.A.If things further break the Athletics way with health, unexpected performance or a trade to bolster this particular advantage even further, the other teams in the West may be incapable of putting up any fight at all.  Even if the 2014 Athletics are slightly ( -5%) worse vs RHSP, the Athletics could still end up with 100 wins (37 + 63).

Of course the games still need to be played and advantages could evaporate with long multiple injuries or bad luck.  However, knowing the A's, this particular advantage may be the tip of the iceberg on what they have worked out this year with their own proprietary metrics. Final Thoughts:Is this advantage just a string of perfect coincidences or was this the plan from day one? Probably a bit of both, but I believe teams make their own luck. In my January article, Notorious Outlaw: Billy the Beane, I stated I may have spotted one of Billy Beane's gambler "tells". THIS advantage is THAT tell.