The Astros have made enough improvements to their roster that they should have a good chance of keeping their losses in the double-digits for the first time since 2010.

The Houston Astros lost 106 games in 2011. Then they lost 107 in 2012. Then they lost 111 in 2013. So, things haven't been going well. But they've spent that time identifying which players might be talented enough to be on the next good Astros team, and they've built arguably the best farm system in baseball. It will likely be another long season in Houston, but this year's team should be just regular bad instead of completely embarrassing and there is finally hope on the horizon. 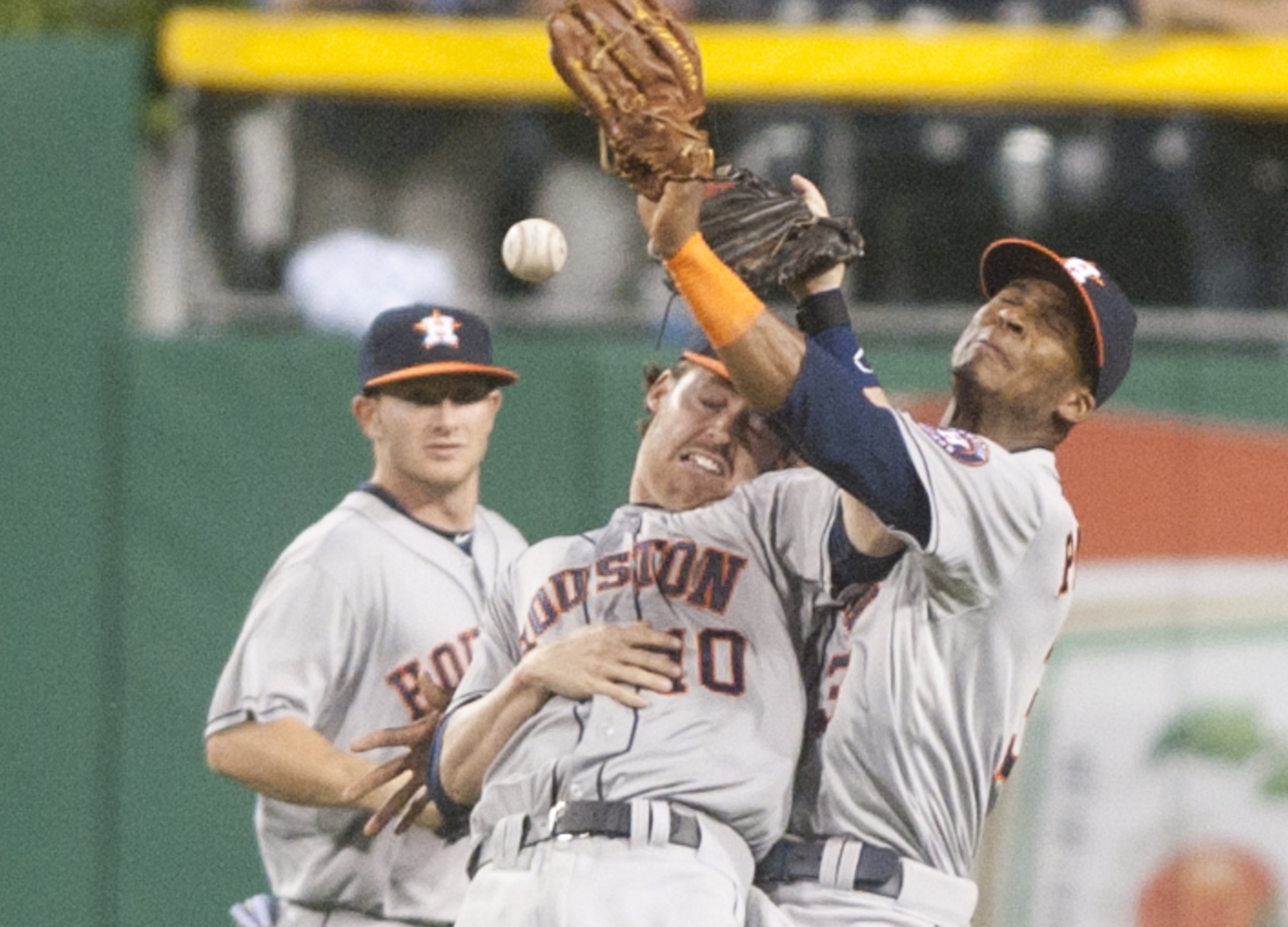 A visual representation of the Astros' 2013 season. The bad news is that the guy in the middle is on the A's now.

* Top prospects George Springer (outfield) and Jonathan Singleton (first base) will likely make the majors at some point during the season.

* Brad Peacock and Jerome Williams will begin in the bullpen, but could see starts as well.

2014 season preview: Why the Astros will win

2014 season preview: Why the Astros will win

Everything clicks. Castro and Altuve play like All-Stars, Fowler and Grossman get on base at the top of the order, and Carter swats 40 homers to knock them in. Springer and Singleton debut and they both contribute. The team settles on five adequate starting pitchers from their large collection, and Cosart and Peacock in particular turn their potential into results. In a display of baseball karma, Jimmy Paredes shows up now and then to run into opposing defenders while they are trying to catch fly balls. The Astros go on a Cinderella run and reach the .500 mark, representing a 30-win improvement over 2013. They shock the world by finishing in third place, ahead of the Mariners and Angels.

Everything falls apart. Again. Carter keeps striking out and shows no improvement, Fowler can't hit outside of Coors Field, the young starting pitchers either post ERAs over 5.00 or tear their UCL's, Crain never suits up for the team, and the whole group just generally treads water. Jason Castro is traded at the deadline when it becomes clear that more rebuilding is needed. Springer and Singleton struggle in Triple-A and only get cups of coffee in September. Orbit the Mascot pulls a Steve Bartman and gets in the way of Altuve trying to catch a foul ball for the final out of a game, leading to an eventual blown save and loss. The whole season is one long LOL Astros GIF. The team loses 113 games, somehow managing to get worse for the fourth straight year. In 2015, the Astros are re-assigned to the Bush League, a new, third league created just for them; they still manage to finish second despite being the only team in the BL.

I think there are a lot of reasons to be optimistic about the 2014 Astros, and Crawfish Boxes does as well. They're still bad, and they'll still be in last place when all is said and done, but I don't think they'll be a joke anymore. They have the talent to win 70 games if everything breaks just right. Due to playing in the tough AL West, I'll peg them at around 67-95, but if they manage to win 70 or even find their way to fourth place I won't be shocked. Specifically, I think Peacock will break out, one more starter will have a big year, Carter will break 30 homers as a full-time DH, and Springer will open eyes when he bursts on the scene. The worst is over in Houston.

(Evan Drellich of the Houston Chronicle has a great rundown of the Astros, if you'd like to familiarize yourself with their players.)