Nico's Advice To Surviving A Season

Share All sharing options for: Nico's Advice To Surviving A Season

This post is about the cognitive and emotional part of a baseball season, so there will not be any pie charts, bar graphs, or line graphs. Except for this one because it's the final Sunday cartoon for the off-season: 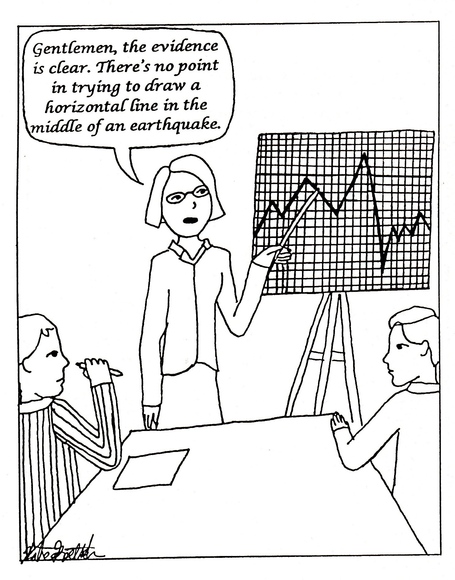 Anyhoo, when you love your team beyond belief and all reason it can be challenging to maintain a sense of perspective and sanity. Here are 5 key principles that may help you get through the next 6, and hopefully 7, months:

There will be games where the A's look like they can't do anything right, and there will be weeks where the team endures a 3 or 4 game losing streak. Even if Oakland wins 97 games on its way to a World Series title. A bad game, a really tough loss, a series swept? All not indicative of long-term trouble.

However, when you feel he pulls a pitcher too soon or leaves him in too long, plays the platoons too strictly or opts for the wrong reliever, remember that we are blessed to have a manager who is really smart and knows his team. I would not have written this from April 2007-June 2011 when a struggling village was deprived of its idiot for nearly 5 years.

Yoenis Cespedes looks lost at the plate? Tommy Milone is serving up gopher balls like they're going out of style? The entire offense is in a collective funk going on 10 days now? It's difficult, during these times, to imagine that a player or a whole team could go from looking that bad to looking not just ok but actually great, in the blink of an eye, but that's what often happens.

#4: Fans are irrational by nature.

You may be relatively calm and measured in your fandom and be irritated by fellow fans who are prone to panicked, knee-jerk, or extreme reactions. That's just passion in action. Allow me to get out my trusty "A's Fan To English" Dictionary and offer a few key translations:

"That's three subpar starts by Straily to start the season. Maybe we should send him down to AAA" = "I love this team so damn much!!!"

"Lowrie's bat is killing this team; last year was clearly a fluke" = "I love this team so damn much!!!"

"That's 2 blown saves in a row for Johnson. I think he's hurt; maybe give Gregerson a shot at closing?" = "I love this team so damn much!!!"

Keep the dictionary handy, especially during game threads, and you might save yourself some unnecessary aggravation.

Weather permitting, it all starts for realsies tomorrow night! I'm optimistic because not only are the A's facing "someone other than King Felix," but Oakland has a pretty strong track record of winning on Opening Day in years ending with a 4.