The Mariners made a big splash this winter, but they are probably still a year or two away from contending in the division.

The Seattle Mariners had a rough go of it over the last few seasons. However, their rebuilding phase yielded a strong, young pitching staff to go with King Felix Hernandez, and the team spent big this winter to bring in offense in the form of Robinson Cano and Corey Hart. There is a lot of upside on Seattle's roster, but the Mariners have a poor track record for turning talent into success in recent years. This is the most difficult team in the division to project -- if the hitters all fall flat then the M's will crash and burn again, but a couple of breakout years from a group full of breakout candidates could lead them into the Wild Card hunt. 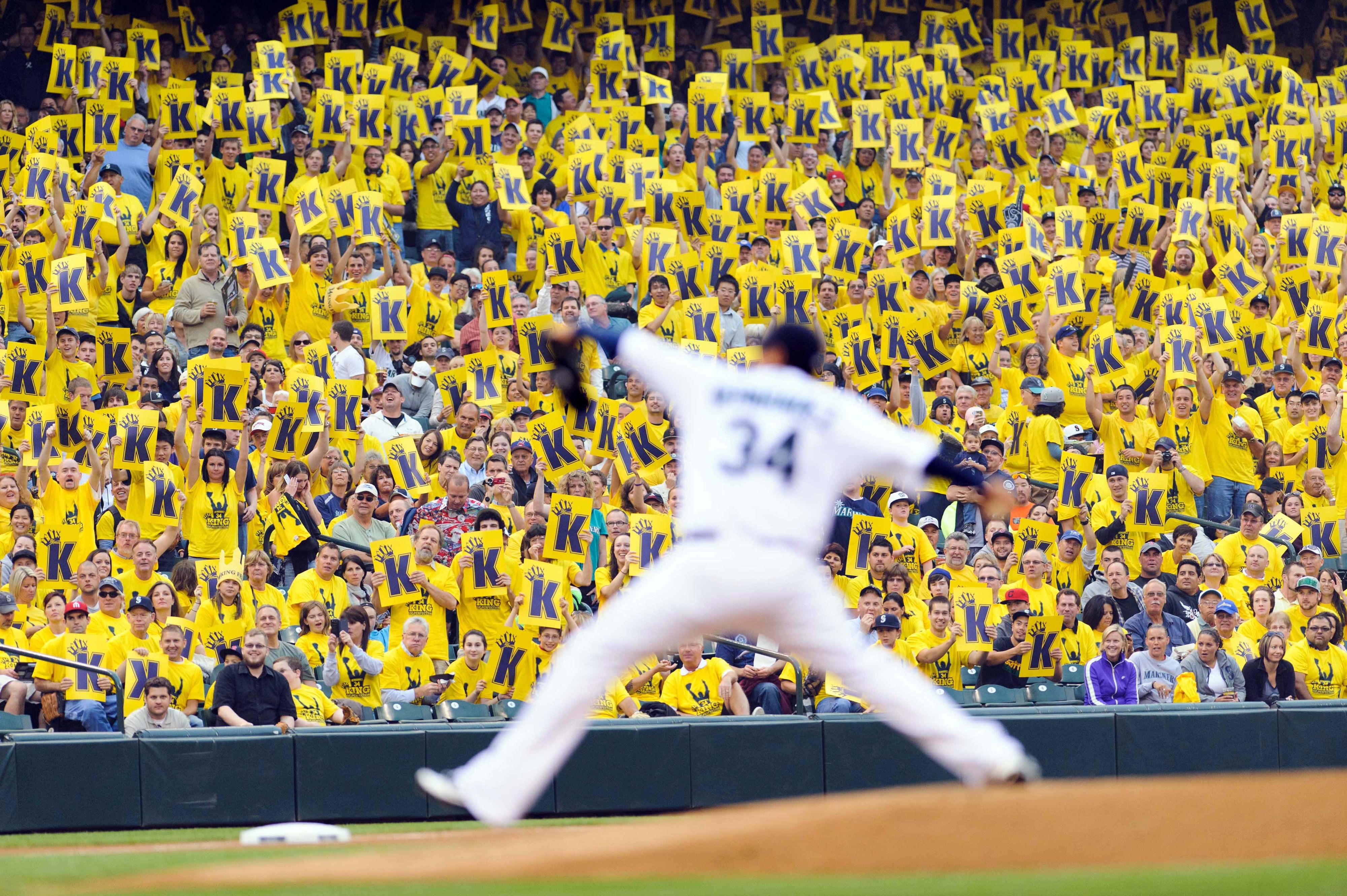 It's good to be the king.

Why the Mariners could MAYBE make the playoffs

Why the Mariners could MAYBE make the playoffs

Cano doesn't miss a beat and goes .300/30/100 with a Gold Glove in his first season in Seattle. Felix wins the Cy Young, and the rotation, despite its early-season injury woes, leads the AL in starters' ERA. Smoak and Ackley finally have their long-awaited breakout seasons, Hart bounces back after missing 2013 and the offense is above-average for the first time in years. Rodney stabilizes the bullpen, which had been 29th in ERA the previous season. Injuries slay both the Rangers and the Angels, and Seattle finds itself in the thick of the Wild Card hunt. Ichiro, having been cut by the Yankees, returns to the Emerald City and hits .320 down the stretch. Willie Bloomquist drives in the game-winning run in the Wild Card play-in game. Randy Johnson and Edgar Martinez are both voted into the Hall of Fame at the end of the year.

The 31-year-old Cano is underwhelming in his first season in Seattle and begins his decline phase early. The injuries to Iwakuma and Walker take longer than expected to heal, and both miss substantial time. Hector Noesi makes a start for the team in May after Young goes down with a sprained everything. Hart plays in only 40 games, and the team scores 624 runs for the second straight year. Seattle loses 95 games and finishes behind the Astros in last place, leading to the firing of every relevant front-office decision-maker. Felix finishes only fourth in the Cy Young voting. Nick Franklin, dealt to Toronto early in the year, puts up better numbers than Cano in 2015.

The Mariners will finish in fourth place, but they will either reach .500 or get close to it. I think Cano will be good in his first season with the team, but Iwakuma will fail to replicate his 2013. The Mariners did improve their offense, but it can only become a strength if some of the graduated prospects finally do something. In the end, the middling hitting and the shaky bullpen won't support the rotation enough for the team to make any serious noise, but 2014 will be seen as a step in the right direction.