The Angels have a lot to prove after their 78-win disaster last year.

The Los Angeles Angels suffered through a nightmare of a 2013 season. Everything that could go wrong did -- high-priced superstars Albert Pujols and Josh Hamilton didn't hit, Pujols didn't stay healthy, ace Jered Weaver made only 24 starts and the entire pitching staff was terrible (24th in MLB in ERA). However, where there is Mike Trout there is hope. They re-tooled over the winter and dealt from a position of strength (the outfield) to address multiple positions of weakness. The team still isn't as good as its name-power suggests, but a natural bounce-back should always be expected after a worst-case season and the offseason additions should help even further. At the very least, the Angels should break the .500 mark in 2014. 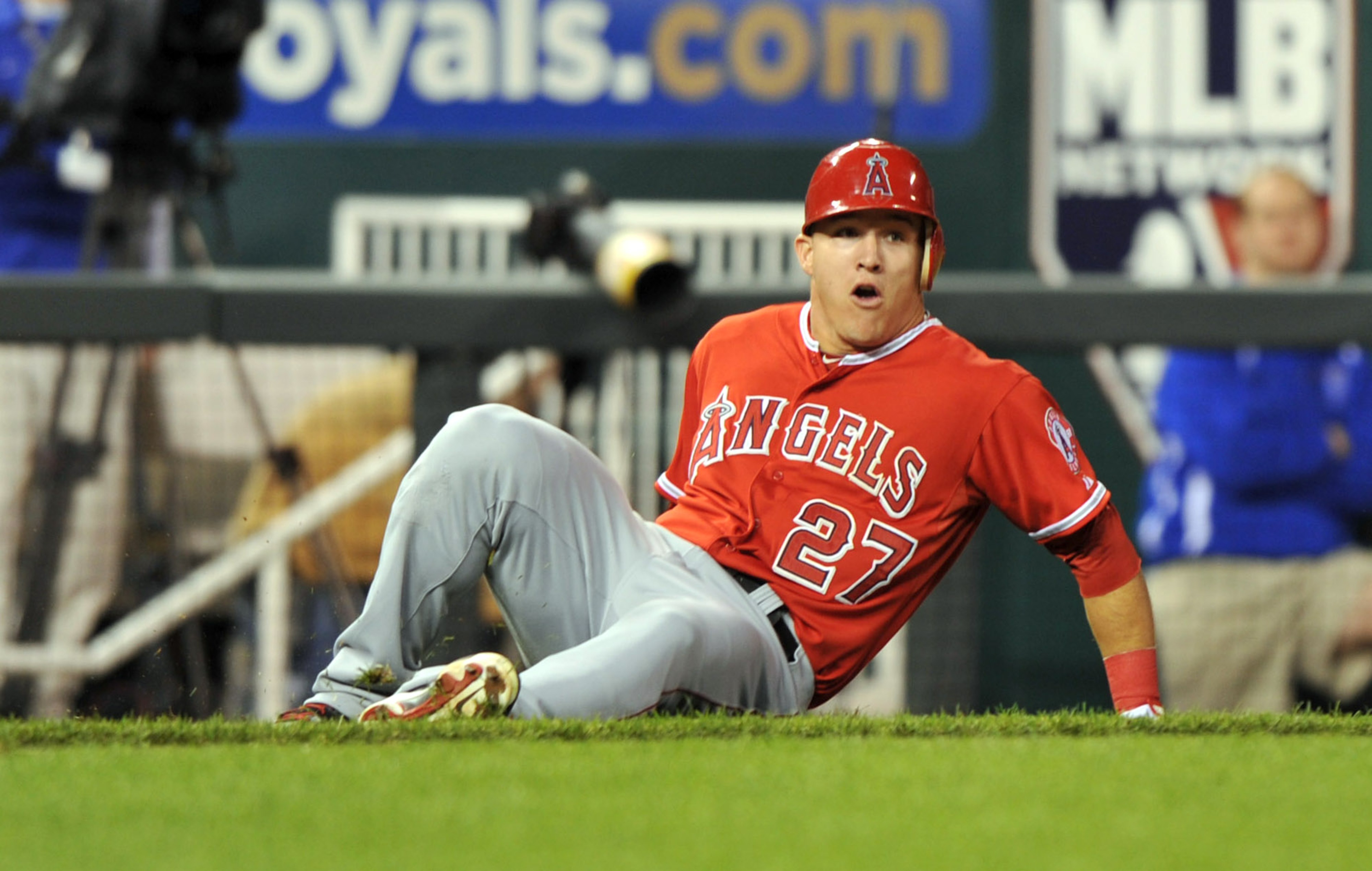 If the Angels want to contend, they will need contributions from someone else besides Mike Trout, seen here falling down on his butt.

Pujols bounces back and posts one of his vintage 8-win seasons to complement Trout's routine 10-win effort. Hamilton remembers how to make contact, and Weaver and Wilson stay strong all season. In other words, the big stars play like they're supposed to. Meanwhile, the back of the rotation keeps the team in games and the revamped bullpen, led by newcomers Joe Smith, Brandon Lyon and Fernando Salas, becomes a strength with its high-strikeout assault. Grant Green and Collin Cowgill play key roles off the bench, just to troll A's fans. Raul Ibanez coughs on opposing outfielders before every series, causing them to miss every fly ball that comes their way. The team, which manages to keep several fragile players healthy all year, puts last year behind them and runs away with the division title.

It's deja vu all over again. Pujols can't stay on the field and Hamilton fails to put up a .300 OBP, or vice versa. Santiago and Skaggs flame out of the rotation like Joe Blanton and Tommy Hanson before them, the bullpen is a mess, and there is no one waiting in the wings to replace any of them. Freese plays in only 40 games, and his successor, Green, posts the worst UZR in the history of third base. Wilson is suspended by the league when he refuses to hide his beautiful, flowing hair under a gross, sweaty baseball cap. Raul Ibanez somehow commits a fielding error while serving as the DH, and Mike Trout puts up only seven bWAR -- seven! Manager Mike Scioscia is still not fired, and his contract is actually extended through 2020. Meanwhile, Mark Trumbo hits 40 homers for Arizona, and Blanton catches on as an effective fifth starter for the Dodgers. The Angels languish well below .500 again, and they finish in fourth place behind a resurgent Mariners squad.

They can't be as bad as they were last year. They just can't. Either Pujols or Hamilton has to give them something. I think that they did an admirable job addressing their weaknesses, adding a pair of quality starters, a few high-upside relievers and an adequate (if fragile) third baseman. If they suffer a bunch of injuries then they're screwed, because there is still no depth and no farm system to call on. If healthy, though, there aren't any glaring weaknesses on this team like there were last year. That should be enough for them to at least reach .500, and I think they'll end up like the 2012 squad -- in the Wild Card race, but just a half-step behind the division leaders.