The Rangers will have to overcome a barrage of early injuries in order to contend this season.

The Texas Rangers have been one of the best teams in baseball over the last two seasons, but they have nothing to show for it. They managed to miss the playoffs despite winning over 90 games both years. They are returning a strong team in 2014 along with the additions of Prince Fielder and Shin-Soo Choo, but a series of injuries to several key players has put a damper on their early hopes of contending. If the injuries prove to be a minor bump in the road, then this team can easily win 90 games again. If they turn into something bigger, then this roster could fall apart quickly. 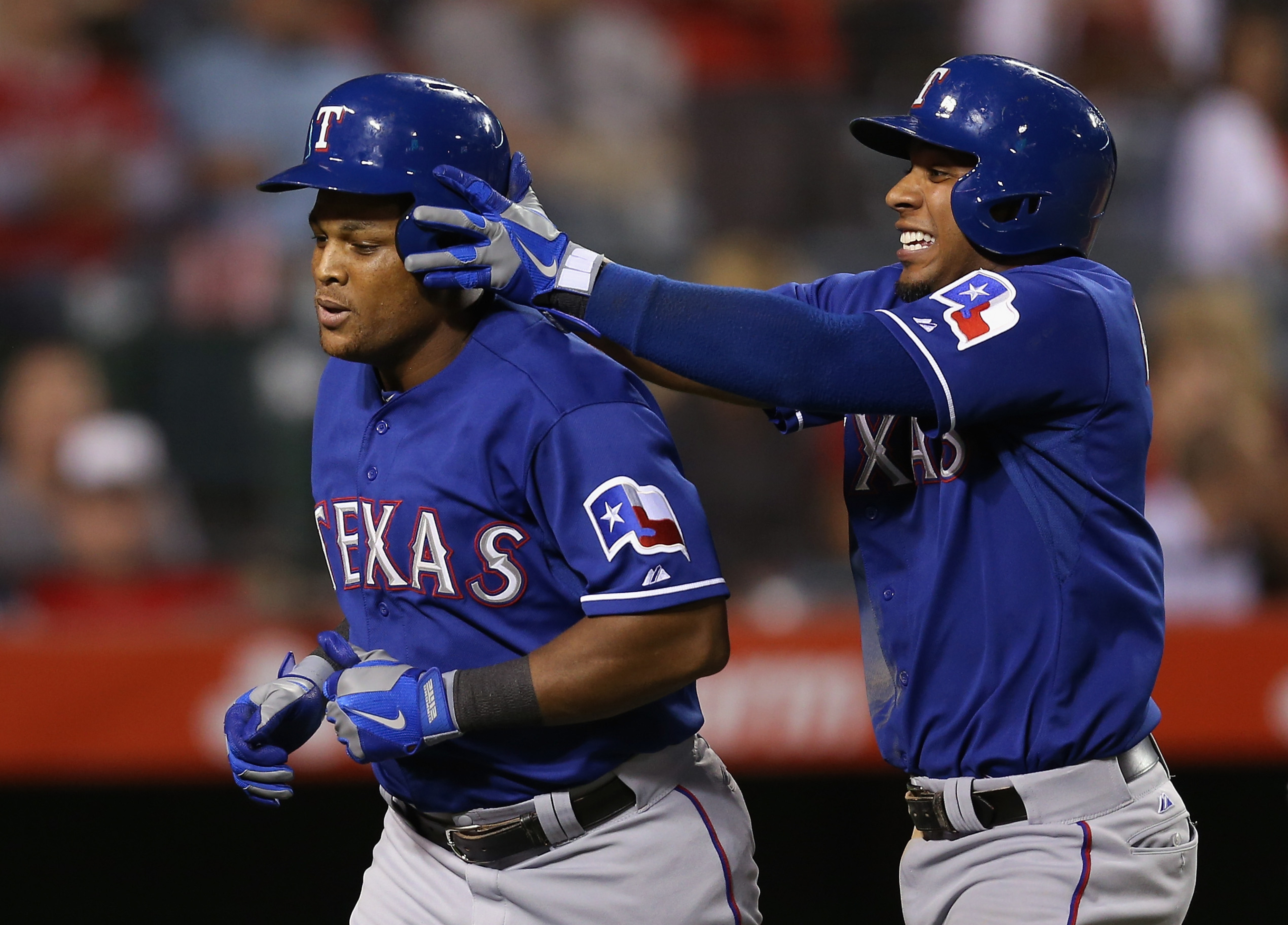 Adrian Beltre and Elvis Andrus will once again lead the Rangers from the left side of the infield.

* Yu Darvish may or may not start season on DL
** Matt Harrison is expected back in mid-April
*** Colby Lewis is still in the picture, and healthy

Why will the Texas Rangers win the pennant?

Why will the Texas Rangers win the pennant?

Darvish and Harrison return as expected in April and the rotation plays like the strength it's supposed to be. In other words, Joe Saunders doesn't have to make more than a few starts. Fielder mashes in the friendly confines of The Ballpark, and Choo, whose contract was widely panned as an overpay, proves worth his salary in his first season in Texas. The team goes wild on the basepaths, with Andrus, Martin and Rios each stealing 40 bags and Choo adding another 20. The reinforcements arrive mid-season (Holland, Profar, Soto), Beltre hits like he's supposed to, Rios swats 20+ homers and the role players do their parts. Arencibia somehow posts a .311 OBP, but is offended that everyone is too shocked to notice his 28 dingers. The Rangers win 95 games and the AL West.

The injury parade continues. The short-term injuries linger and cost Darvish and Harrison several starts each, and a couple more key players go down. Fielder's diminished numbers from 2013 are not a fluke, and he barely breaks an .800 OPS. Choo is exposed against lefties and loses another half-step on his already shaky defense, Rios has one of his not-uncommon "off" years and Beltre finally falters. Catcher and second base are complete black holes for too much of the season, and the club regrets dealing Ian Kinsler for a glorified DH. Soria's fragile elbow doesn't make it through a whole season as a closer. A 67-year-old Nolan Ryan returns to make a start for the depleted rotation, but spends the whole game throwing fastballs at general manager Jon Daniels in the front row of the stands. The team wins only 82 games, barely breaking .500 and finishing third in the division.

Closer to the best-case than the worst-case. I think Darvish will be fine and that Harrison and Holland will eventually contribute. I don't think Fielder has too many more great years left, but he can muster up one more in 2014. There are enough quality hitters for the offense to be a plus, and Texas has done almost as good of a job developing pitchers as the A's have in recent years. They will be in the hunt from start to finish, just like they have been for the last several seasons, and they will be Oakland's main competition for the division title.