The Face Of Corruption

Share All sharing options for: The Face Of Corruption

So it appears we have only two possibilities to choose from. Either Eric Sogard is truly hated in Southeast Asia or Major League Baseball actually manipulated the vote to make sure David Wright was anointed "The Face of Baseball" by getting a sudden last-hour surge of votes overseas.

I'm no Michael Moore (I have way, way better hair) but I was moved to get to the bottom of this rather than jumping to any conclusions. So I began polling throughout Southeast Asia asking callers if they had anything against Eric Sogard. The most common reply I received was, "Who?" Although this was by telephone, so it's entirely possible some of the respondents were saying, "Hu?" It's a common enough last name and any given caller could have thought I was their uncle or neighbor.

Still, it smacks of conspiracy and dishonesty: The conspiracy part being MLB rigging the outcome to save itself from a bespectacled, cookie-baking, tax-returning elf as its facial ambassador, and the dishonesty part being that I didn't actually make a single call to Southeast Asia. The point is that I could have, and if I had I'll bet you I would have found that there were no such votes cast.

I believe Eric Sogard legitimately won the "Face of Baseball" contest, and that the only way the A's can be defeated these days is through cheating. (Well, that or "playing us in the ALDS".) I'll take it. I'm proud, as usual, to be a fan of the green and gold!

Today I give you my annual "A's boards". I make these boards each off-season right before spring training, one board for the "major league landscape" and one for the "minor league landscape". The boards live on two cupboard doors in my kitchen and are updated as events merit.

This year I decided to limit the minor league landscape to ones I deemed to be the most essential players to know right now -- ones either most likely to see big league action this season or else most likely to be factors down the road. I hope you enjoy. 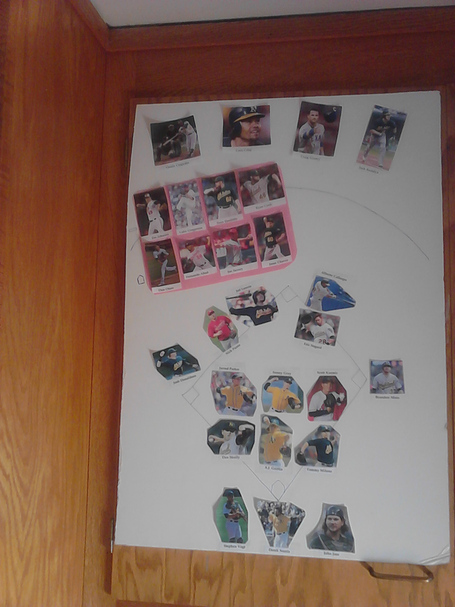 No, the A's relievers are not in short left field. They're in the A's bullpen -- see the little pitching rubber and home plate? 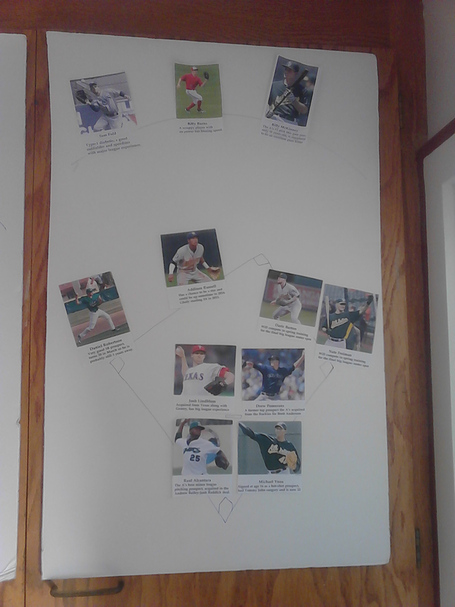 Finally, today's cartoon. Oh, and this thread also serves as your game thread for the A's vs. Angels at noon today from Tempe, with Jesse Chavez vs. Hector Santiago. 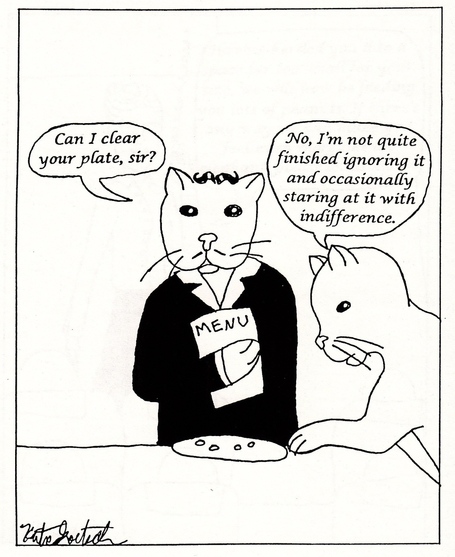