Thursday night I fly down to Phoenix for my annual sojourn to the Cactus League. As you may know, I am not the biggest fan of the flying experience, which I would characterize roughly as follows: 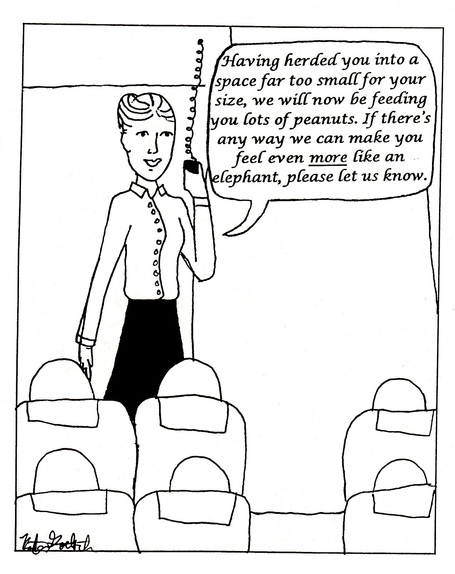 Mostly, though, it's the whole crashing thing that bothers me and so it hasn't helped that recently almost every single flight around the world has crashed, neglected to stop on the runway, or simply vanished over the ocean. Granted, there have probably been a few flights in between that landed safely but I haven't really heard about them.

However, in the off-chance I arrive safely to Sky Harbor Airport I will spend Friday-Monday enjoying Cactus League baseball and hopefully interviewing a couple A's players along the way. It will be an honor to watch the last weekend of baseball at Phoenix Municipal Stadium, where I have memories as a fan from at least 10 different springs and as a broadcaster from another 5.

* Yesterday's 16-15 loss, of which alcoholic nightmares are made, could have been a win had Deryk Hooker not surrendered 2 runs in the 9th. I have several observations to make about this:

- Let's face it: You can't really expect a Hooker to have a clean inning.
- That was probably the 4th maddest I've ever been at a Hooker.
- Hooker sucks, and that's not even a good thing.
- When you call for Hooker you know the other guys are going to be up for a while.
- How can your last name be "Hooker" and it's not even your silliest name?

That is pretty much all I have to say about Deryk Hooker. Ever. He can go away now.

* I saw 3 at bats yesterday from Michael Taylor and I have to say he looked the same to me as always. He may have run into some balls this spring (or was that Hooker?), but that swing is still longer than a winter in Sweden. Nothing to get optimistic about as far as I'm concerned, other than the possibility that his spring numbers might heighten interest from another team before the A's have to outright him at the end of the month.

* Tommy Milone, Fernando Abad, and Drew Pomeranz: Three lefties who, with contrasting styles, combined to shut down the Giants for 8 innings allowing 4 hits and 1 run, striking out 10. Those are three pitchers teams would (or at least should) love to have, and yet they entered camp as the A's #6 SP, #8 SP, and 2nd lefty reliever!

* Yoenis Cespedes. Yikes. Luckily, he's the kind of player whose spring training stats mean nothing and for all I know he will hit .320 in April. But he sure ain't hitting .320 in March. Try .118/.139/.176 in 34 ABs so far. With 0 walks. So in fact he actually isn't even OPSing .320 in March! Hopefully he's getting all the terrible out of his system now and will take a renewed interest in Chili Davis' ongoing plea to shorten his swing.

* Jesse Chavez is supposed to start on Tuesday, which means he should start again next Sunday. If so, I'll get a good "up close and personal" look at him as a SP and look forward to incorporating that outing into my annual "The Eyes Of March" report.

Speaking of Chavez, he and a couple other Athletics serve as a good reminder not to pigeon-hole too quickly what a player can or cannot become, and to realize how huge of an impact one "small" change can produce. Chavez is with his 7th organization, having failed with the first 6, but since he developed the cutter he is truly a different pitcher. Josh Donaldson has credited the timing mechanism of lifting his left foot with vaulting his career forward. Brandon Moss opened his stance and suddenly started opening some eyes. Stuff like that is why I love baseball -- and will never claim to be able to predict it.