What's "BlogFest" you ask? It's sort of the "FanFest within a FanFest". It's a relatively new event wherein bloggers are invited to a press conference within FanFest for a chat-fest with selected A's players and personnel. You just have to bring verification in the form of a bill showing your permanent address to be your mother's basement and you're good to go. This year bloggers chatted, in a suite overlooking the field, with David Forst, Bob Melvin, Jim Johnson and Sonny Gray. Today we hear from Forst, and if at Forst we don't succeed...

Share All sharing options for: Forst Impressions From "BlogFest"

Speaking of first (not Forst) impressions, the aforementioned field. It was an odd sight because there was, well, no field. No grass in the "outfield", no dirt on the "infield" -- just huge hills of mud along some of the would-be base paths, giving the field more of an "abandoned land behind the El Cerrito dump" look. I wanted to ask Melvin, "So looking out at the field, are you worried about bad hops?" But I wanted to be invited back so I refrained. Worry not, of course -- by March 31st, Clay Wood and his merry cohorts will have the field looking beautiful.

Usually in press conference-y interviews, you don't actually learn very much. "Everyone is excited about this year's team..." "He's in the best shape of his life..." "We'll just have to see how it goes with him..." and so on. I have to give props to the A's for the fact that today's interviews yielded some new information and candid answers, along with a glimpse of a couple players' personalities (Jim Johnson has an appealing dry wit and Sonny Gray has a playful side that goes well with his youthful appearance).

Asked about Jaso (by someone who smelled suspiciously like me), Forst was direct and emphatic: "Jaso is 100% medically cleared to catch and he is coming to (spring training) as a catcher," Forst announced as his young son sat next to him being almost criminally adorable. Stephen Vogt is most definitely in the mix, but the notion that Jaso is now a DH is not on the table. Time, and the first foul tip, will tell but for right now the A's have a LH hitting catcher in John Jaso.

Over the years questions have been asked about Coco's afro, dreadlocks, and buzz cuts, so why not ask about his extensions? Forst was queried about the recent "2 year plus vesting option" deal that could keep Crisp with Oakland through his age 37 season.

"We think Coco is a little bit unique in his body type, and that he will continue in his age 34, age 35, to perform" Forst explained. "Certainly when you get to that end of the spectrum, the track record isn't good in how guys have performed, particularly where we are now in terms of hopefully being beyond (PED use). But you always are taking a risk -- I mean, we dealt with it on Bartolo (Colon), dealing with a guy who performed at 39, and 40, how far is he really going to go? So that's a question we really have to take into account every time."

Another of my questions to Forst centered around the A's apparent resolve not to make long-term commitments, and whether this was happenstance or reflective of an organizational philosophy. "It's a little bit of both," he said. "Mostly I think we've benefited a lot from the flexibility over the last few years. Right now, obviously having added Coco in the last 24 hours, other than Yoenis (Cespedes) and Kaz (Scott Kazmir) there's nobody signed for 2015."

In a sense, necessity has been the mother of invention. "We don't necessarily want to recreate the team every year," he said, "because fans like the players who are here and we like the certainty of guys that we know, but that we've given ourselves the ability to (play it year by year) is a huge factor in our success. To commit to a guy like Coco, obviously we know the guy, we know the player, and it was just an opportunity where we felt 'this is the right dollar amount to commit to him beyond the next couple of years.'"

Why did the A's, once averse to drafting high school players because of the high flame out rate, feel comfortable drafting McKinney with their first round pick in 2013? "Really, it's a different time with the high school kids," Forst explained, noting that the amount of data and video is so far ahead of where it was just 5 years ago. "We certainly have a long way to go in how we evaluate, mostly because the actual statistics on those guys are somewhat meaningless as far away from the big leagues (as they are). But I do feel that as an industry, we've figured out how to get a lot more, and a lot better, data and learn a lot more than just sort of looking at the Baseball America state by state list (and saying) 'Well the guy from Louisiana may be as good as the guy from Texas.' If our scouts have seen a lot of (a given high school player), and they sort of 'check enough boxes' then we feel really good about those guys, and Billy fell into that group."

Plus, sometimes it backfires to be too risk averse or narrow-minded, and Forst says the A's learned a tough lesson recently about passing on a player because they weren't sure how to put the data in context. "The last mistake we made is when we didn't take Mike Trout," Forst feels, "(and) it was because we thought, 'This is a cold-weather kid from the Northeast; we're not sure how he stacks up against the rest of the country.' Well, if we had stepped back to see that Mike did the same thing and played those circuits and performed really well, we might have lined up our board a little differently."

So the A's are becoming a bit more open to drafting players from smaller programs (see Dan Straily), more obscure regions, and less advanced levels -- and so far it is paying off. More coming later this week from the skipper, the closer, and the best baby-faced 5'11" pitcher you'll ever meet. (Oh, and if Gray is 5'11" then I'm a 6-footer after all!) 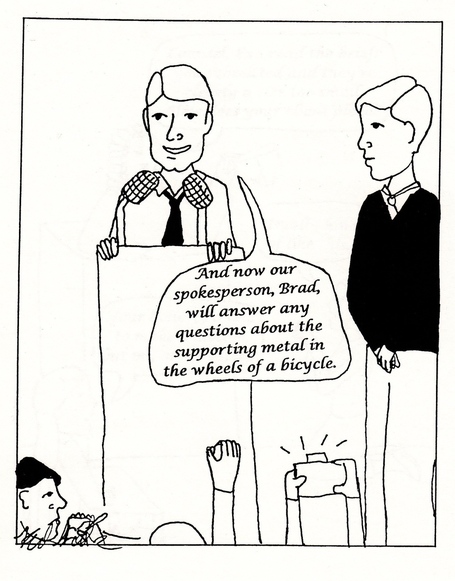