Josh Reddick changes stances more often than I change pants. How might it affect his hitting ability though? The answer may be below. Or not. It's kind of existential like that.

Earlier in the year, I wrote a piece examining Josh Reddick's plate discipline and outcomes.  Since then, with the exception of his two-day explosion in Toronto this weekend, he's still had a rough season.  What with the wrist issue after colliding with the wall in Houston, and its recovery, it seems like he's had some bad luck all season.

At the end of my piece from April, I posted a couple screen captures showing Reddick's hand position during his swing load.  Here they are again:

This is from 05/25/2012 in a start by Ivan Nova.  Notice how his hands are low relative to his head position.  This also leads to him holding the bat much more upright. 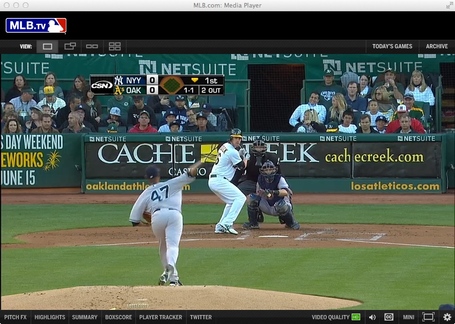 This is from 4/16/2013 in a start by Brad Peacock.  Notice how his hands got much higher, and his bat flattened out: 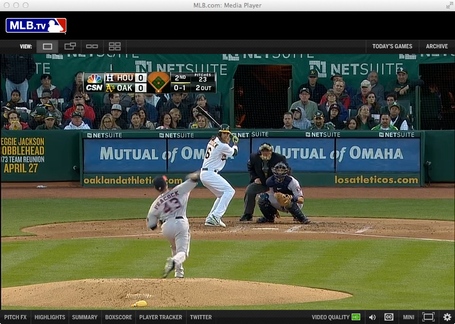 And this is from Monday's game against J.A. Happ.  He's back to the lower hands and upright bat: 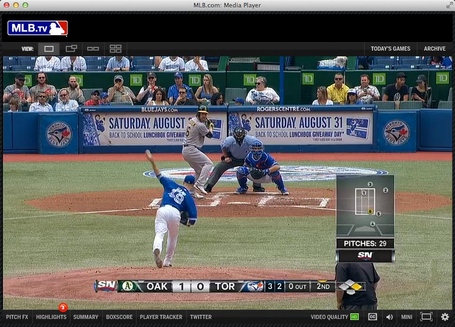 Now, is it just a coincidence that he had relative success this past series, after struggling for most of the second half of last year and the first half of this year?  Perhaps.  That said, he did indicate after his historic home run games earlier that he watched a ton of video from 2012.  One could say that with his high hands, he's bound to get beat on fastballs more often than not.  Again, conversely, if Reddick had better pitch recognition, maybe hand position wouldn't matter that much.

It's hard to know.  As those who have watched games most of the year can attest to, Reddick has a fluid stance, to put it gently.  He's not quite Cal Ripken or Jose Canseco, who never met a stance they didn't like, but he's not consistent.  For example, here are those same games, but on the pitcher setup. 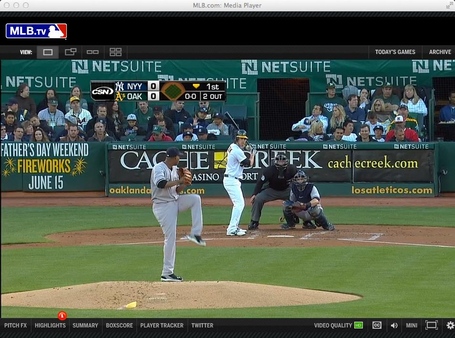 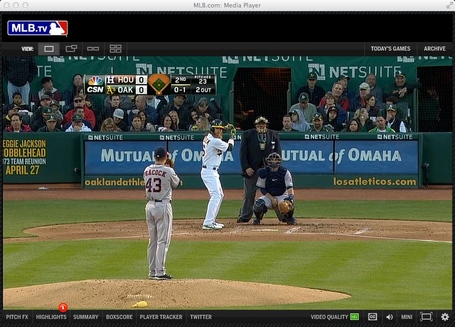 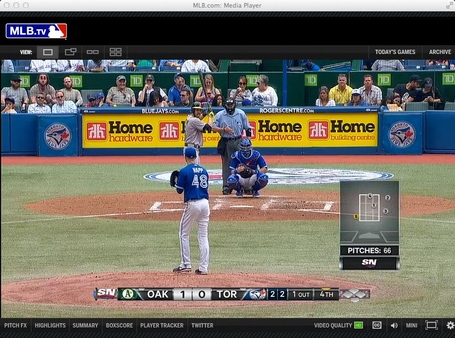 As you can see, he's not very consistent in how he sets up while a pitcher is about to begin his delivery.

So, back to my original question: Has Reddick been (or just is) mechanically unsound as a hitter?  Is he just unlucky but otherwise mechanically sound?  I don't have any good answers myself, except for the obvious:

Clearly, it's the beard's fault.

Thanks to @oakfaninva on Twitter for his invaluable advice on hand positioning.  He's a great Twitter follow, too, especially if you like to compare A's players to cars.  Hint: Eric Sogard is a Prius.

Tonight, the A's finally get to enjoy the Rangers-like fortune of playing teams that are firmly in control of their last-place destiny.  Bartolo Colon will take the mount against some guy from AAA Jordan Lyles.  First pitch is at a much more agreeable 7:05 PM PST.  Lev Facher will have your gamethread.