Addison Russell makes his MLB debut in August and wins the World Series MVP. Wait, too bold. Let's dial it down a notch.

Share All sharing options for: Three Bold Predictions For Oakland's Second Half

Yesterday, I asked three burning questions about the second half of the Oakland Athletics' season. Today, I will make three bold predictions. None of the predictions will relate to the questions I asked yesterday, at least not directly.

I am fully aware that making predictions about baseball proceedings is one of the stupidest things that a human can do, right after buying a lottery ticket and wearing a Giants hat to a game between the A's and Angels. I'm doing it anyway, though. It's a no-lose situation. If I miss on all three predictions, everyone will just say, "Predicting baseball is impossible!" But if I'm right on even one of these things, then suddenly I'm a freakin' genius. Glory, riches, women. All could be mine, if just one of these wild guesses predictions turns out to be true.

These predictions will literally be bold, because I am typing them in bold print. Let's get to it!

#1: Josh Reddick will be Oakland's second half MVP.

Josh Donaldson was clearly Oakland's first half MVP, and Yoenis Cespedes is probably the most physically talented player on the team. I am really, really high on Reddick, though. It turns out that if you crush up his beard hairs and ingest them, they act as a hallucinogen. I tried it out, and this is what Reddick looks like when you're under the influence of his whiskers: 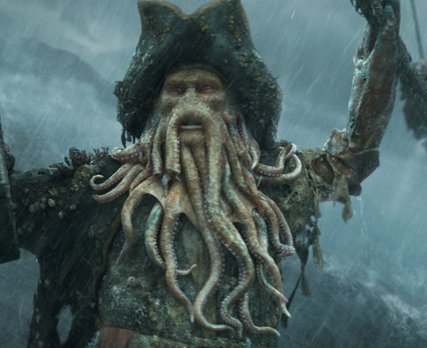 But I'm also the other kind of high on Reddick. As in, I think he's going to go big in the second half. His first half struggles were the result of his lingering wrist injury and some unbelievably rotten luck on his batted balls. The reality is that he is hitting line drives at an high rate, his plate discipline (specifically his BB/K ratio) is vastly improved from last year, and he is just a more mature, patient hitter than he was in 2012.

Since his return from the DL on May 31, Reddick is hitting .266/.326/.414 in 142 PA's with a bunch of extra base hits, 12 walks to 22 strikeouts, and a .298 BABIP. I think that he can do even better. He can hit higher than .266, he can start knocking dingers like he did last year, and he can OPS over .800 for these last 67 games. He also still plays incredible defense in right and is the best baserunner on the team other than Coco Crisp. If he can hit a dozen homers and a bunch of doubles while doing his elite work in the field and on the bases, Reddick could quietly help carry this team.

Far-fetched? Sure, I guess. There are several other players who have a better likelihood of being the second half MVP. But then, it wouldn't be a bold prediction if I said that Donaldson would continue to be awesome. So I'm going with Reddick. Hide yo kids, hide yo wife, and hide yo husband cause he homerin' off errybody in the second half.

#2: A.J. Griffin will be Oakland's second half Cy Young.

Bartolo Colon was the ace of the staff in the first half. Jarrod Parker is probably the most talented pitcher on the team. But Griffin, the 12th coolest pitcher in the entire Majors, is my pick to carry the load in the second half.

Colon is a likely candidate to decline a bit in the second half, and Parker has had his own struggles. Honestly, Parker is probably the best bet to be the ace in the second half, just like he was last year. But again, gotta be bold here. Griffin has had a few disaster starts, but he's also had a few absolute gems - a complete-game shutout against the Reds, eight shutout innings against the Red Sox, and seven scoreless against the Brewers, all within his last eight starts. He's got a 3.36 K/BB rate, he's keeping the hits down exactly like he did last year (eight hits per nine innings), and his only weakness is an elevated home run rate, which is one of the more variable stats in baseball (meaning that the rate can fluctuate without the pitcher really doing much differently). He's also a guy who is often a victim of the "one bad inning," whereby he's rolling along for awhile before giving up a big crooked number out of the blue. That seems like an easier problem to fix than a guy who consistently gives up runs throughout each game he pitches.

Parker is the safe bet here. Colon is a close second. But Griffin now has a full season's worth of MLB starts under his belt, and I think that he's ready to break out in the second half. Look deep into his four eyes, and you will find the answers you seek. 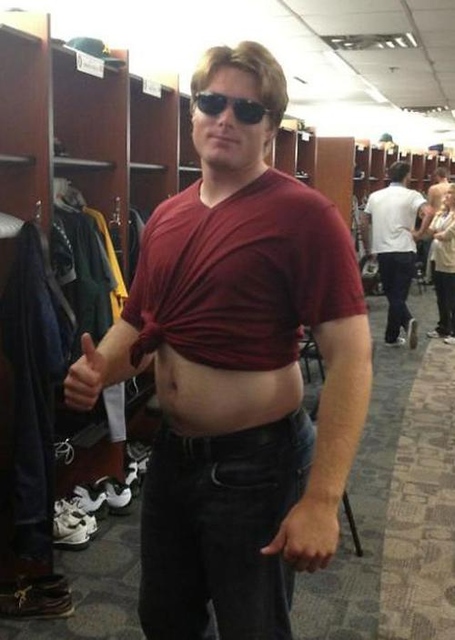 #3: Billy Beane will trade for one of these three players - Everth Cabrera, Maicer Izturis, or Daniel Murphy.

Boy, would it be sweet to have Chase Utley on this team. Really, really sweet. He can do everything on a baseball field, and he would help the A's win two World Series titles in 2013 alone. I also really, really don't think that it's going to happen.

I don't really think that the Phils are going to make the playoffs, but that's mostly because I'm not a Phillies fan. If the A's were in their position, I would want Beane to go for it. Ruben Amaro has shown throughout his tenure that he's much more interested in reaching for the stars than tearing things down and rebuilding. Is he really going to start being prudent and forward-thinking right now, with the playoffs reasonably within reach? I doubt it. And even if Utley were to be traded, it would require an insane package for a two-month rental. I know that championship banners wave forever, but I'm not trying to trade Addison Russell for anything less than a young superstar in his prime.

Besides, when does Billy Beane ever get the biggest prize on the trade market? He much prefers the more subtle move, especially when it means giving up nothing more than a couple of Single-A prospects who no one has heard of. Therefore, I see three legitimate options for acquisition. To be a legitimate target, a player must be on a team which is out of contention and not in the AL West, and the player must at least be entering his arbitration years after this season (i.e., making a seven-figure salary in 2014).

Let's start with Everth Cabrera. He was San Diego's All-Star representative this year, which probably raises his price tag. However, he is also on the Biogensis list, which might hurt his future value quite a bit. Might San Diego be interested in capitalizing on Cabrera's peak value right now, and ridding themselves of a bunch of bad publictity in 2014 if/when he gets suspended? On the field, Cabrera is a switch-hitting middle infielder who is decent-but-slightly-below-average at shortstop. (Note: That is still a huge upgrade over Jed Lowrie's defense.) He derives most of his value from his baserunning; he led the NL in stolen bases last year, and is doing so again this year. In the last two seasons, he's swiped 78 bases at an 86.7% success rate. He didn't hit much before this year, and you could chalk up his improvement from anything from PED's to a high BABIP, but he's also only 26 years old and showed the ability to get on base in the minors - he makes a ton of contact, and it's possible that this is legitimately his breakout year. He's eligible for arbitration after the season, and I wonder how much the Padres want to pay for a player who might be a fluke and who might cause a huge headache next year with his ties to Biogensis.

Next, we have Maicer Izturis. He is also a switch-hitting infielder, and his shortstop defense is comparable to Cabrera's (that is, not great, but better than Lowrie). He's not hitting as well as Cabrera is this year, but he hovered around league-average for the Angels for several seasons, so he'd at least be an upgrade over the in-house options. He's not as prolific as Cabrera is on the basepaths, but he's got a bit more pop and he almost never strikes out. He's also a 32-year-old with two more seasons left on his contract ($3M/yr), so the Blue Jays may be interested in ridding themselves of a bit of unnecessary salary after the failure of their expensive 2013 roster. Jose Reyes and Brett Lawrie are back from their injuries, so the Jays can afford to part with an infielder, and I'll bet that he could be had for a Single-A lotto ticket. Finally, the A's play Toronto from July 29-31, and Beane just loves to trade for guys who are already in the stadium wearing an opponent's uniform on deadline day. Saves on airfare.

Finally, there is Daniel Murphy. He wouldn't solve the shortstop problem, as he is exclusively a second baseman for the Mets, but he could be an upgrade over Eric Sogard as the left-handed side of a second base platoon. He's right around league-average at the plate, and his defense is a bit below-average. However, he's got a career .782 OPS against right-handed pitching, he makes a lot of contact, and he rarely strikes out. There is value in there for Bob Melvin to squeeze out. Murphy is 28, is unlikely to be a crucial member of the next good Mets team, and is eligible for arbitration after this season. This is a chance for the Mets to make a cost-cutting move and pick up a prospect along the way.

Ideally, I would like an ace defender at shortstop. However, the likely available options (Alexei Ramirez, Alcides Escobar, Brendan Ryan) simply don't hit enough to be worth the trouble. Beane will get one of the three players I chose, or he will stand pat. Note that my preferred target would be Mark Ellis, but the stupid Dodgers had to go and get themselves back into the pennant race, so now they will surely hold on to him. I'll arrange the likelihood of my targets as Izturis-Cabrera-Murphy.

There you go. Reddick, Griffin, and an unspectacular middle infielder. Those are my bold predictions. What are yours?