A's breeze to 9-2 victory over Rangers

On a hot, windy night in Arlington, Bartolo Colon silenced the Rangers' bats and rode a potent A's lineup to an easy win.

Share All sharing options for: A's breeze to 9-2 victory over Rangers

The A's mission was simple tonight - get a quality start out of Bartolo Colon and tag the pedestrian Josh Lindblom and a tired Rangers bullpen. Done and done. Eight out of nine starters got at least one hit, and Colon pitched 7 innings, allowing just two runs.

The early going did not look great for the A's. Seth Smith hit a solo homer, but beyond that, the A's left five on base in through the first three innings against a very hittable Josh Lindblom (who featured a below-average fastball and a straight change up). The first inning had Coco Crisp and Yoenis Cespedes reaching base and stealing bases, with no runs scored. In the third, the A's left the bases loaded. The Rangers, meanwhile, were tagging balls all over the field but running into outs, hitting into 3-6 double plays to end the first and second innings. This had the makings of a "missed opportunities" game.

Yet, the game was tied at 1 until the A's eventually got to Lindblom in the 4th. Coco Crisp, who had at that point reached base twice on infield singles to second baseman Jurickson Profar, knocked a hustle double to left fielder David Murphy to start the rally. After Jed Lowrie was retired, Cespedes and Brandon Moss hit back to back doubles. 3-1 A's, and Ron Washington had seen enough given Lindbom's early struggles.

In came Joseph Ortiz and out went any hope the Rangers had of winning the game. This was an interesting decision as Washington could have intentionally walked Smith and used Lindblom to pitch to Chris Young, whom he had struck out twice at that point. On the other hand, Lindblom looked terrible and had just got smacked for three doubles. However, the lefty-lefty matchup failed to get the intended result. Seth Smith went the other way, singling home Brandon Moss and moving to second on a bobble by Murphy. Chris Young immediately knocked in Smith with a broken bat line drive, and the rout was on.

Colon, wise beyond his weight, knows that no lead in Arlington is safe. And with his even keel and consistent fastball, he tends to pitch well with a solid lead. After giving one run back on a Profar sacrifice fly (the phenom went 0-2 with 2 RBI in his 2013 debut), he cruised through the bottom of the seventh.

Meanwhile, the A's were ready to add on against the overworked Rangers bullpen. In the 6th, Lowrie doubled, Cespedes reached on an intentional walk (his second walk of the game) and Moss drew a 5 pitch walk to load the bases with two outs. Alas, the AN rain dances were ineffective and Josh Donaldson flew out to end the inning.

Nevertheless, the plucky A's picked up where they left off in the 7th. Smith walked, Young singled up the middle, Sogard gritted a grounder up the middle, and it was rally time. Crisp drove in Young on a groundout. With Lowrie at the plate, Sogard used his elf magic to induce a Cory Burns wild pitch to score himself. The only shame was that Sogard didn't go long on maybe the best chance he'll have all season.

In the 8th the A's again left the bases loaded. Norris, the only starter without a hit, struck out after swinging and missing on three straight pitches to end the inning. After loading the bases for Donaldson once more, the Bringer of Rain came through with a run-scoring single. Lowrie misread the ball and stayed at third, leaving the bases loaded. Smith flew out, ending the threat.

The A's got 15 hits and 8 walks (yay!), yet left the bases loaded in a staggering four innings (wtf?). Leaving that many on base probably won't work tomorrow against Yu Darvish, but I'm not here to pick nits. The A's hit well, pitched well, ran well, and throughly beat down the division leaders. And oh yeah, four game win streak. A's nation should be very happy. 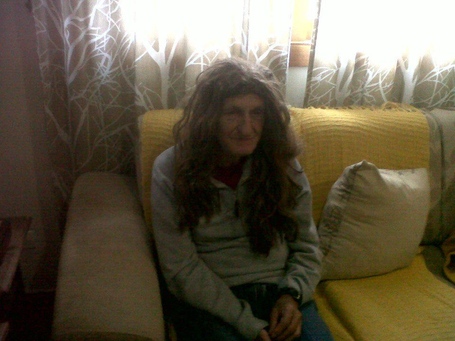