The A's hope to turn around their recent fortunes as they visit an emotionally charged Red Sox squad.

Share All sharing options for: Game Thread #20: A's at BoSox

Hello and welcome to another edition of A's baseball! We are glad to have you all with us as the A's attempt to get off the schneid. Of course, the Boston Marathon bombings exactly one week ago loom over this series. Given how recently those events occurred, and the fact that it will be all the A's broadcasters' and beat writers' first trip to Boston this season, we can expect to hear a lot about that story line.

The theme of sports as healing always seems to resurface whenever there is a calamity. Although personally I believe that sports probably don't do much (or anything) for the people most directly affected by a tragedy like this, I think for the rest of the city it does represent some sort of a return to normalcy as it were.

The players will certainly have this on their minds. Nate Freiman grew up in Wellesley, MA, right in the middle of the Boston Marathon path. I imagine he will be spending a lot of time with friends and family, and that he'll have a solid contingent in the stands cheering him on as he starts in his hometown ballpark.

This is A.J. Griffin's first trip to Fenway Park, and the A's are relying on him to reverse their recent 3-game skid. "What you have to do is to focus on the baseball,'' he said. "But there has been so much that's happened in the last week that will make it different." (via http://www.ibabuzz.com/athletics).

Felix Doubront takes the mound for the Red Sox, who have gotten off to a fast start that has surprised many in the baseball world. The A's have faced Doubront twice, both times in 2012. Those two starts were very, very good to the A's, as Oakland rocked him for 10 earned runs in 7 innings total. The A's are also 4-0 vs. left-handed starters this year. The Red Sox lineup, though, is looking fierce, with Ellsbury, Pedroia, Ortiz, and co. Our man Stephen Drew is the #9 hitter.

But back to happy thoughts about Doubront. This also bodes well:

Griffin/Doubront faced each other Sept 1 of last year, A's won 7-1...Griffin was perfect for 4.2 innings before Saltalamachia bunt

Regarding the lineup: So long as Yoenis Cespedes is out, Chris Young, Josh Reddick, and their sub-Mendoza batting averages will be playing a lot. The good news is, if there's any park that can get a hitter going it's the bandbox on Yawkey Way. Reddick, part of the large contingent of former Red Sox on the squad (Coco Crisp, Brandon Moss, Jed Lowrie, and, technically Bartolo Colon as well), has loved facing his old team, sporting a .965 OPS.

On the flip side of that, Fenway is not the place to fix whatever fielding woes a player has, with its quirky dimensions and mercilessly heckling fan base spitting obscenities from right on top of the outfielders. Chris Young is in for another challenge in his bumpy debut tour of the AL parks and corner outfield positions. Tampa was especially unkind: 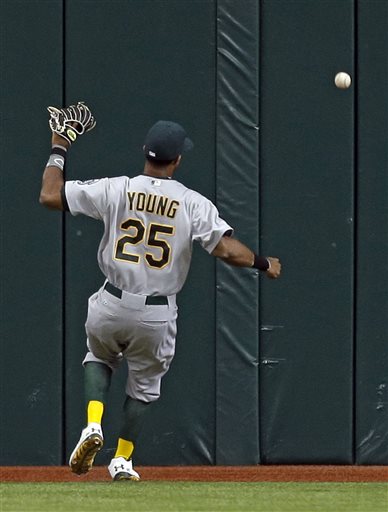 This image is becoming all too familiar

It looks as though the A's brass' patience is also wearing thin with the putrid outfield production, and they wasted no time in picking up Casper Wells today. Wells can play all three outfield positions and has hit lefties well, compiling an .838 OPS in over 300 career plate appearances against LHP. If nothing else, he is a useful player that provides depth, and has demonstrated that he actually belongs on a major league roster (unlike Michael Taylor). 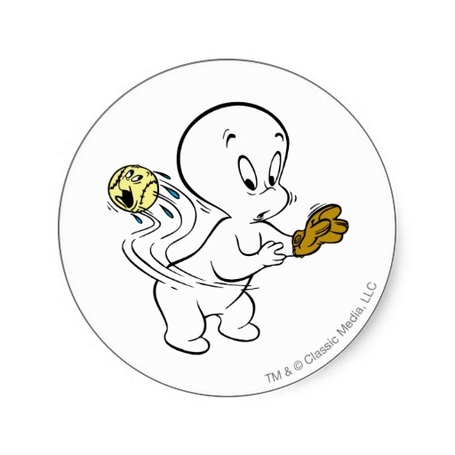 The A's swept two series against the Red Sox last year, and here's hoping they can repeat the feat. Here are your lineups. No real surprises except that game time temperature is 47° and projected to go down to 34°.