Share All sharing options for: Brighter Shades Of Gray?

You know you may have a bright future when you are suddenly being compared to a really talented adverb like Cliff Lee. I imagine that word would mean something like, "in a steep manner," as in "His sales performance in the 3rd quarter dropped off cliffly." Or perhaps it's more synonymous with "precariously," as in, "At this point, her chances of landing the promotion are hanging rather cliffly."

In any event, I would not have expected comparisons between Sonny Gray, a RHP who walked a few too many batters in college, and Cliff Lee, a LHP who can throw a fastball through the eye of a needle (as if that really did any good; all you're likely to do is to injure the camel). But in perhaps the most optimistic analysis of Gray yet, Brad Johnson of Fangraphs has handicapped Gray as not just a "breakout candidate," but he goes so far as to say, ""If I had to pick a single young pitcher in the game who has the best chance to become a Cliff Lee quality ace, it would be Gray."

As you can read for yourself, Johnson's lofty praise comes with the appropriate qualifiers. He cites the small sample of Gray's 64 big league IP and 292 minor league IP, and assesses the probability of Gray landing on the DL as 30%. (Johnson does not clarify whether that 30% chance is for Gray's career, Gray's 2014 season, or for the first day of spring training, but if it's anything like weather predictions of "30% chance of showers" what he means is, "I really have no idea, but here's a number!")

However, what caught my attention in this article was not the overall bullish view of Gray, nor was it the snazzy chocolate colored logo. It was some of the specific data used to analyze Gray and compare him to other pitchers, such as fellow young up-and-comers Michael Wacha and Danny Salazar, and the aforementioned -- no wait, I just checked and so far he has only now been athreementioned -- Cliff Lee.

Johnson notes that in 2013, Gray's "O-swing %" -- the percentage of pitches a batter swings at that are outside the strike zone -- was the lowest of any pitcher who threw at least 60 IP. With a swing % on pitches in the strike zone that was 6th lowest, whether he threw balls or strikes Gray had the lowest percentage of swings against him in the league, period. That blew me away. Relatively speaking, batters simply did not swing at Gray's pitches in 2013.

Does this suggest that Gray is especially deceptive, leading to hitters being "frozen" more than their fair share of the time? Or is it just that batters were especially unfamiliar with him and will be swinging far more frequently in 2014? Or is it, as Johnson goes on to hypothesize, a "Cliff Lee-esque" ability to keep so many of his pitches right on the edges of the strike zone?

I never viewed Gray as a "pinpoint location" type of pitcher. He has the big "swing-and-miss" (if they would just swing!) curve and he has a "power sinker" to go with a reasonably "high octane" 4-seam fastball. Tommy Milone paints, which is prudent since his brush is an 87MPH fastball. In his heyday, Joe Blanton was all about "fastball command," which he needed to be since his fastball did not have any special velocity or movement. 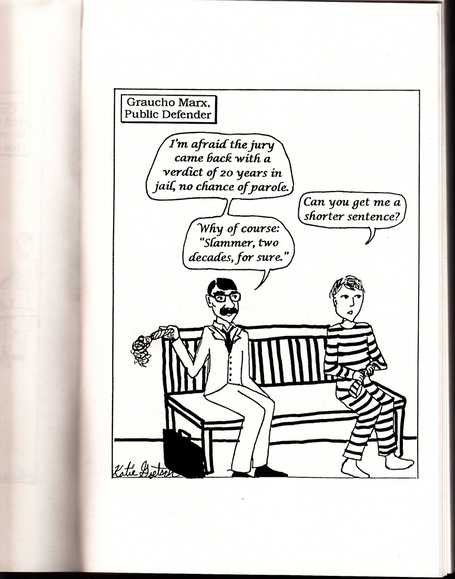