Share All sharing options for: Is It The Year Of The "10-out Save"?

Trying to get slam-the-door results from 3-4 different relievers is risky business. It's why teams generally try to get their starting pitchers through 7 IP if they can, hopefully leaving a lead for their two most dominant relievers to secure. However in 2014, Oakland's road map to victories may be playing out differently.

The A's have put together a bullpen whose depth is somewhat staggering. Jim Johnson, Luke Gregerson, and Sean Doolittle could all lay claims to being Oakland's best reliever, while Ryan Cook and Dan Otero are legitimate "high leverage" options as well. We don't know a whole lot yet about Fernando Abad, who will probably vie for the "second lefty" role with Pedro Figueroa (new funky delivery) and Drew Pomeranz (old funky delivery), but when Jesse Chavez is your 7th reliever -- your "mop up/long man" who could probably be a solid 5th SP on most teams -- you pretty much have 7 relievers you can slot into a close game at various points in the contest.

It's a luxury to be able to get just 5.2 IP out of your starter on back-to-back days and be able to roll with Cook, Gregerson, and Johnson one night, and perhaps Otero, Gregerson, Doolittle the next. Whoever says relievers aren't important has never watched a bad bullpen. Relievers are often unpredictable from year to year and are often overpaid on the free agent market, but a "lights out" bullpen is worth its weight in green and gold.

What I wonder is whether the A's put together a killer bullpen just because they saw the opportunity, or whether Billy Beane was also cognizant of the fact that he might have a starting rotation that won't, as a unit, get especially deep into games.

Scott Kazmir appeared to find the strike zone in 2013 in ways he hadn't before, but historically his relatively high BB totals, combined with his deliciously high K totals, have resulted in high pitch counts and early exits. In his heydays with Tampa Bay, Kazmir averaged between 5.2 IP and 6 IP per start each season. Kazmir joins Jarrod Parker, who if fully healthy might be the exception in being somewhat of a workhorse, Sonny Gray, who will pitch a full big league season for the first time and might not be pushed, Dan Straily and A.J. Griffin, with a side of Tommy Milone.

It's not that these pitchers can't get deep into games by nature, but they are all young and as a result somewhat volatile and inconsistent. Straily is going to have some outings where he hits a wall after 5.1 IP and Gray is going to have some starts where he walks a couple too many, and Griffin has generally been good for about 6 IP. These guys may mature into workhorses who get you deep into games and may also be guys, right now, who can turn a lead over to the bullpen after 5.2 IP but can't give you 7 IP.

In 2014, a lead or tie after 5.2 IP is going to translate to a win a whole lot of the time. Usually with teams, that is simply not the case as they dig into their 4th and 5th best relievers with craptastic results.

Again, relying on your starter, plus 3-4 different relievers, is usually a poor strategy to try game after game. But with this pitching staff, it may work well because the A's 6th/7th inning relievers are going to be relievers most teams would happily employ in the 8th/9th innings.

Maybe A's starting pitchers will, as a crew, get deep into games. Perhaps trying too many different relievers will surface one dud and a loss. Or possibly, we will see a whole lot of "10-out saves" this year. By design. 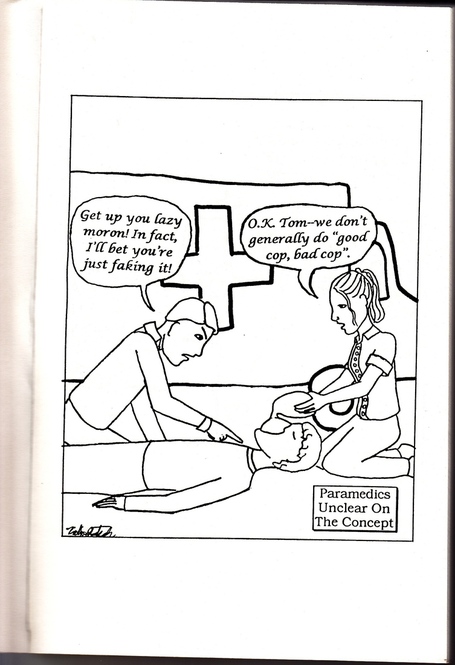