Today I make the case for signing free agent Jeff Baker to complete the projected 25-man roster. Not the easiest sell anymore, considering that the roster is pretty full and that signing Baker means committing more money to the roster. However, it appears that Baker can be had for about the same amount Oakland is already paying Alberto Callaspo, and this is significant because it is probably Callaspo's spot that would be taken by a new member of the roster.

First off, it seems to me as if Baker is a typical Billy Beane acquisition: Someone who is rarely talked about around baseball but who, when you actually look at his stats, is darn good. Why Baker doesn't get more attention is beyond me, because his ability to hit LHP is no fluke. On a career basis, Baker has amassed 751 ABs against LHP and has put up a slash line of .298/.353/.522 (.875 OPS).

Furthermore, Baker is not a one-dimensional player a la Nate Freiman or Chris Carter: Defensively, he holds his own at multiple positions. At 1B his UZR has vacillated from positive to negative over the years, averaging -8.1 overall. However, at 2B his career UZR weighs in at a surprisingly solid 4.7, and in RF, over 426 IP, it's 5.5. Baker is 32 years old and profiles kind of like a "good Jonny Gomes" -- one who can hold his own at 1B and 2B as well as in RF. Want.

I also think Baker would, barely, fit on the 25-man roster. Here's how the roster is shaping up at the moment:

One roster spot remains for either Daric Barton, Alberto Callaspo, or...? Barton gives you excellent defense at 1B as his primary value. Callaspo gives you some more versatility at 3B, and an ok platoon bat at 1B, but with Punto's presence really not much of need -- Callaspo really belongs with a team in need of a 3Bman -- 3B is where Callaspo is really an asset instead of a "decent platoon bat trying to play another position".

Shed Callaspo's contract and replace it with Baker, though, and I think you have a real upgrade. Sure Barton is a much better fielder, but for 1/3 of the starts I'll take the .875 OPS masher who can play perfectly adequate defense. Baker even offers an intriguing option to slot in occasionally at 2B as needed -- possibly as well as Callaspo, whose bat is less potent and whose defense at 2B is clearly lacking.

I guess what I'm saying is that one of the A's few holes right now seems to be that combination of a 1Bman who mashes LHP but can also hold his own on defense. I guess what I'm also saying is that I think Jeff Baker is an under-appreciated commodity who should be garnering far more attention than he is. The guy is a very solid player who is likely to sign the kind of contract usually signed by not-very-good-players.

I say grab him, deal Callaspo as mostly a salary dump to a team that actually needs a 3Bman, and partner Moss not with a defensive whiz who doesn't hit much (Barton) or a platoon guy who doesn't field (Freiman), but rather with the best free agent bargain out there.

Jeff Baker is what Billy Beane is all about: Value that the rest of the league overlooks because they're too busy paying a lot more to Mike Morse. 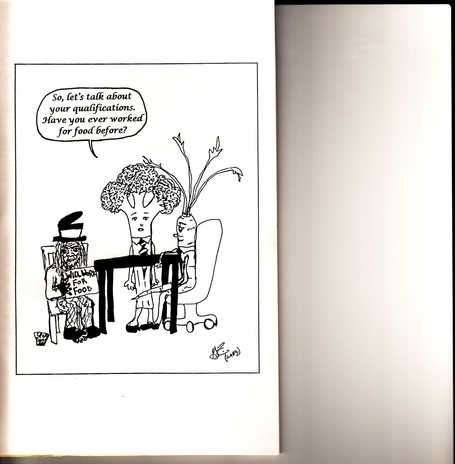 Well I thought it was funny. Do you want Jeff Baker? And if so, what kind of deal do you think he'll command and what would you be willing to offer? This article seems to think he can be had for "$4M or less". Hmmm....