Share All sharing options for: Introducing The 2013 "Mom Board"

Every January, I produce a "season to come" board of the A's major league and minor league landscape. It is designed for my mom to enjoy/study, to get familiar with the ever-changing names and faces.

My mom, like many devoted A's fans, is very familiar with Yoenis Cespedes, knows the name Michael Choice, and couldn't pick Renato Nuñez out of a police lineup. The boards are a way of making it easier to stay familiar with the names and faces of the current "present and future A's". (It strikes me that the notion of a "current present and future" group of guys is such an "A's" concept. Root for the laundry, folks; root for the laundry.)

Below, here are the boards (you can link to them as well) -- I don't know that the blurbs below the minor leaguers show up quite big enough to read, but perhaps you, with your "newfangled technology and stuff," can enlarge it for yourself. I'm just amazed I was able to take photos and post them here. Seriously, I celebrate each time I find the "On" button to my computer. Perhaps the fact that I celebrate with a shot of Jack Daniels with a Vicodin chaser is part of the problem, but that's a conversation for another day. (When does the 12-step program meet again? Thursday? June? Last night? Honestly, who has time to keep a calendar?)

As far as who is and isn't on the board, mostly I'm going with the need-to-know players: Either guys we are likely to see soonest, or whose upside makes them worth noting even now. It's subjective -- Shane Peterson isn't on either board yet Vicmal De La Cruz is. Why? Because Vicmal is a freaking amazing name, that's why.

Enjoy -- I figured some of you may especially like this kind of board, because it puts names and faces together. Plus it looks kind of cool. And it gets me excited for the 2013 season, and the 2016 season, at the same time!

Here is the major league board: 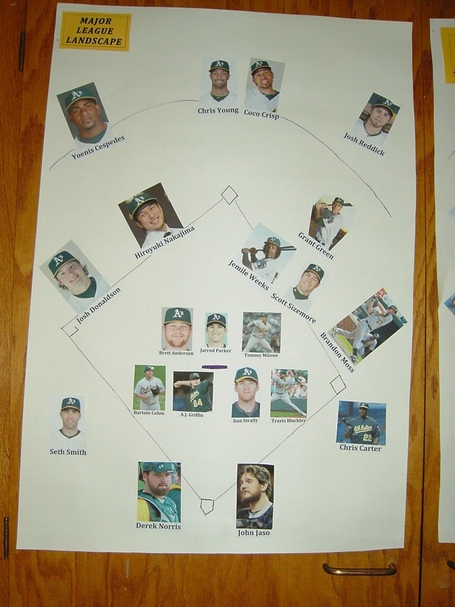 Here is the minor league board: 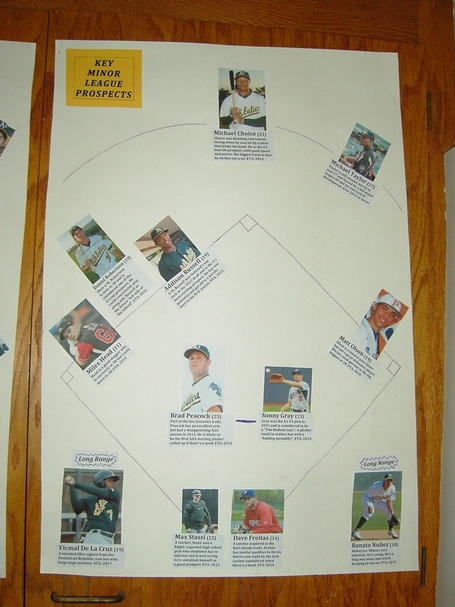 Pop quiz on Friday -- be ready!