They come from a land down under – A look at Rich Thompson and Luke Hughes.

Share All sharing options for: They come from a land down under – A look at Rich Thompson and Luke Hughes.

In an apparent embrace of Australian players being the new market inefficiency, the A's have managed to acquire 2 Australians in the span of 3 days. First, Rich Thompson was claimed off waivers on Friday after having a poor start on the Angels. Then, on Sunday, the A's announced that they had claimed Luke Hughes from the Twins in the hopes of finding a capable 3rd baseman (read: warm body). What follows is a short look at each of these players' histories. Let's start after the jump: 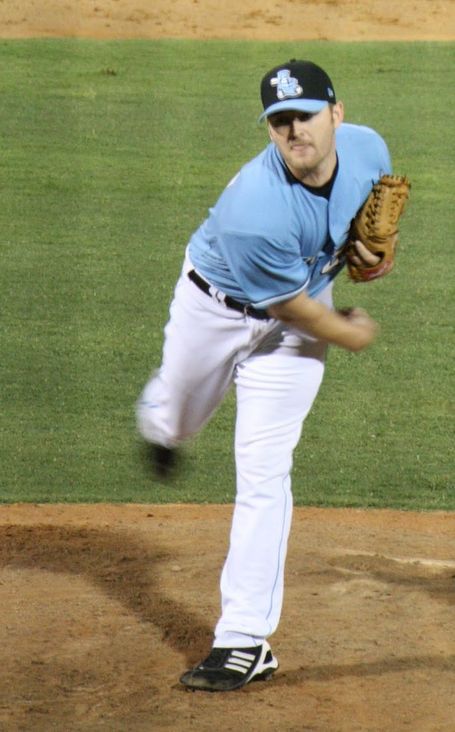 Thompson joins the A's after a decent season in Anaheim last year. He maintained an above-average K/BB ratio of 2.8 and managed to keep the ball in the park at a 0.83 HR/9 clip. This is despite being a flyball pitcher, as he has a 0.93 GB/FB ratio for his career. Last year, he also posted a respectable 17.4% LD% and is 20.7% for his career overall.

Unfortunately, his FB velocity took a dip in the short time he was with the Angels this year, from a career average of 91.6 MPH to 89 MPH. He seems to work off his cut fastball, which has become his main pitch since 2010. He also mixes in a curve every so often at around 75 MPH, giving him a pretty good 14 MPH or so difference between his fastball and curve. His career splits are fairly neutral as well: right-handers fair slightly better against him, if only because he has given up some more HR from that side of the plate. This gives Melvin a useful piece that could be used in almost any inning.

Given the HR-suppressing tendencies at the Coliseum, this looks like a decent pickup for the A's, who are really thin in the bullpen right now. Balfour has been reliable, and Norberto looks like a different pitcher than the 2011 guy, but other than that, it's slim pickings: FDLS has barely thrown 50% strikes this year. Ryan Cook has a sub-1 K/BB ratio. Jerry Blevins is the mop-up guy, mostly. Neil Wagner was recalled (and has yet to appear in a game) because Andrew Carignan can't throw anything with more than a whisper of a wrinkle in it. Not that the A's are competing or anything, but if Rich Thompson turns out to be 2012's David Purcey and is unloaded for a useful spare part down the line, it'll be even better. 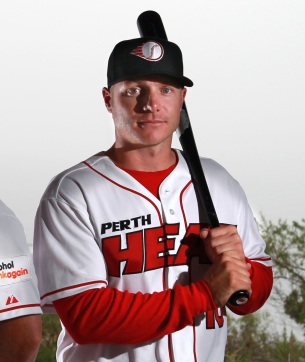 Luke Hughes is an interesting pickup for Beane, as it signifies a lack of faith in Josh "Opening Day third-baseman" Donaldson. While Eric Sogard has a capable glove, his offensive upside may not be that great. Hughes comes from Minnesota, where he posted a 73 wRC+ over three partial seasons playing mostly 2nd base. His MiLB batting record isn't that hot, either; last year he OPSed .689 in Rochester of the International League. That said, Hughes is probably being targeted for experience at 3B (last night's performance notwithstanding) -- he ranks relatively average by FRAA and UZR in playing 278 games at 3B during his MiLB career. Scouting reports show he was projected to be almost opposite: Baseball America rated Hughes as "average at best" defensively and as having "above-average raw power and strength." Rounding out his suitability for the A's, he also has an injury history, having never played more than 100 games in a full season.

Indeed, his current health and availability (free) seem to be Hughes' primary upside; otherwise, he's just another guy. Thompson, on the other hand, could be a decent bullpen piece if he is not traded away for another spare part. Both guys are on Twitter: @LukeHughes38 and @Chopper_54, respectively.

Join me later today for Tommy "Gun" Milone vs. Gavin Floyd. So far, the A's are 0-2 during my game threads. You're welcome.