Non-roster invitees: Who are these guys?

Share All sharing options for: Non-roster invitees: Who are these guys?

However, I'm sure I wasn't the only one, as the lesser-known players made their appearances, saying things such as, "Wait, who is he?" ... "I thought he was on the Royals." ... "He's still in the league?" ... "I swear that guy bagged my groceries last week."

Since you're probably familiar with (most of) the 40-man roster, let's get to know some of the non-roster invitees. 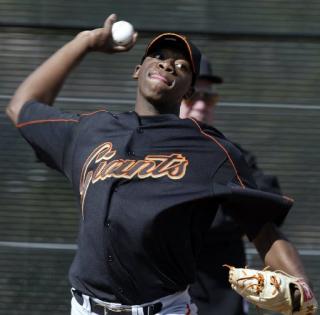 #56 Merkin Valdez, RHP
The former Giant is the personification of TINSTAAPP (There Is No Such Thing As A Pitching Prospect). Back in the early 'aughts, Valdez was one of San Francisco's top pitching prospects, No. 2 behind Matt Cain. He had a cup of coffee in 2004 at age 22, then made it back to the major leagues in 2008 and impressed in a short amount of time, but imploded the following year. He's battled injuries and control problems throughout his career, but has consistently thrown pretty hard. Guys who can throw 95+ mph, much like guys who throw with their left hand, will continue to find some kind of work.
#18 Cedric Hunter, OF

A third-round pick by the Padres in 2006, Sickels ranked him as San Diego's No. 3 prospect in 2007, giving him a B grade. He wrote a little more on Hunter, saying that he loved his bat, not so much for power, but for average. Sickels ranked him No. 5 in 2009's preseason, but it was a rough year for Hunter, who struggled in AA and lost that hot prospect title. Hunter made his Major League debut in 2011, but a groin injury ended his season in July. Oakland claimed him off waivers in October. Also of note, today is his 24th birthday!

Fiorentino had a sip of coffee with Oakland in 2008, playing in 2 games and earning a hit in his only at-bat. In 2005, Fiorentino was Sickels' No. 3 Oriole prospect, behing Nick Markakis and Val Majewski. He kind of just leveled out around AAA, and he's been going back and forth between AAA and the majors for most of his career. According to Wikipedia, he also is called Screech because of his resemblance to the Saved by the Bell character. Fiorentino, along with fello NRI outfielder Brandon Moss, hope to crack the roster and return to Japan. 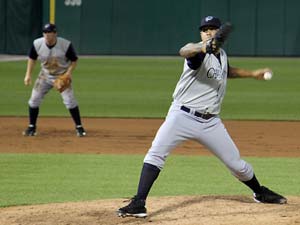 Threets is a local guy — born in Hayward and he attended Granada High School in Livermore. He was a Giants prospect and was prized for his changeup, but grew up a die-hard A's fan. He was pitching well in a brief spell for the Chicago White Sox in 2010, but felt pain in his elbow during an August game against the Yankees. Threets took the entire 2011 season to recover from Tommy John surgery and is a longshot to make the roster, but he seems happy to just wear the green and gold.

Timmons, a substitute teacher in the offseason, has a chance to make the major league roster after 10 years in the minors. His story seems similar to that of Bobby Cramer, whose whirlwind path led him to the Coliseum mound. After Scott Sizemore went down for the year with a knee injury, Timmons has a chance to make the team as a third baseman or utility infielder. Susan Slusser also wrote about Timmons last year, when he sought a roster spot.

Schlichting is more well-known for his hairstyle than his arm. Seriously, look at that mullet. That story also notes that he suffered a bout of Gilbert's syndrome, which caused him to lose 30 pounds in a year. He was actually drafted by Tampa Bay in the third round of 2003's draft as a third baseman. He played a couple years with Tampa Bay before going to Anaheim. Like Bobby Cramer, he also played for the Kansas City T-Bones. In that time, he moved from the hot corner to the mound and found a bit of success pitching for the Dodgers. 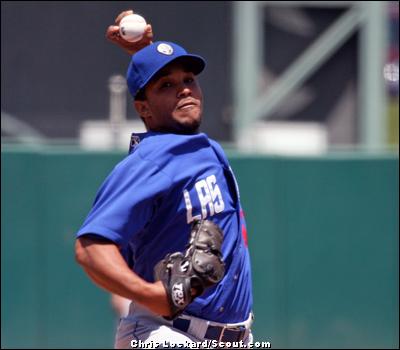 Minor league farmhand for Colorado and Baltimore. Last year, he had some success as the closer for Colorado's AAA affiliate.

Minor league farmhand for Arizona and San Diego. Pitched 10 games with the Padres in 2011. He has faced longshot odds his entire career.