SoCal AN Weekend - AN Visits Anaheim

Share All sharing options for: SoCal AN Weekend - AN Visits Anaheim

On what is a bittersweet day for many of us--the last day of the A's season--I thought it would be fun to showcase the last AN trip of the season, which happened this weekend in Anaheim. For those of you who made the trip, I hope you all had an amazing weekend. If you didn't make this one, you will have plenty of opportunities next season; I have heard that Colorado, Baltimore, Tampa Bay, and Arizona have been seriously talked about.

We started our journey in Angels Stadium on Friday night, where we ran into some familiar masked faces. Don't believe anything you read about the stadium; despite the fact that their team was still in the race until the A's knocked the Angels out over the weekend, the crowd is mellow. We weren't bothered in our green and gold. The A's played an actual good game of baseball on Friday night; hanging onto an exciting 3-1 win. And Jemile lead off the game with a homerun; that was fun too. 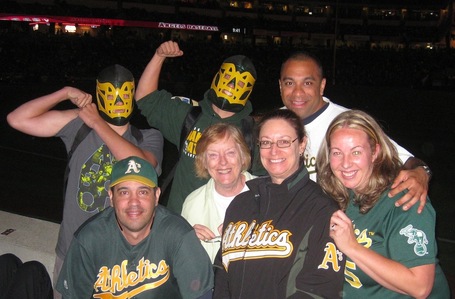 Here is a poorly-lit, yet awesome picture of the group on Saturday night. We had a guest appearance by Blez himself, which added to the fun. 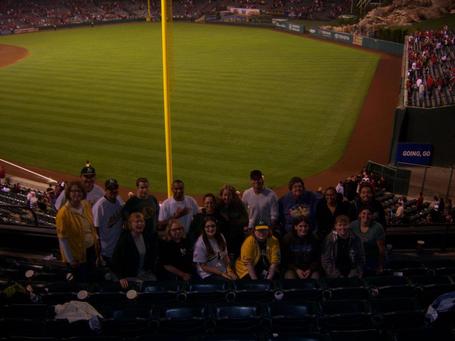 The Holiday Inn welcomed Athletics Nation with our name on a sign, and for those early risers on Saturday morning, they had the treat of being packed in my car for Disneyland. 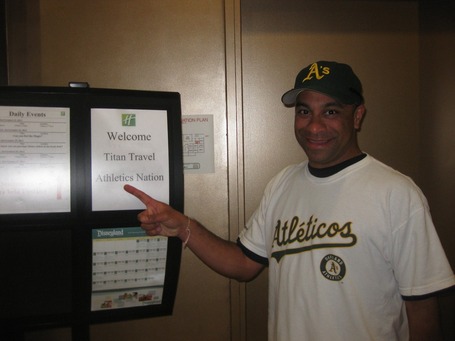 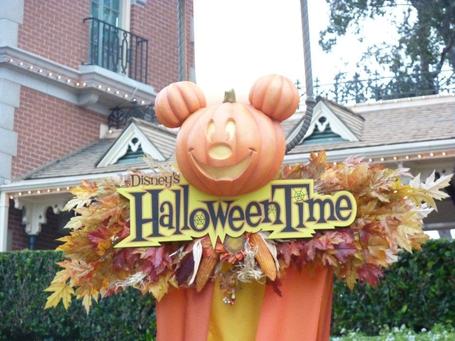 Some happy A's fans. I'd like to point out that I am actually wearing A's gear. And I wasn't the only one; we counted at least half a dozen other A's fans at Disneyland. 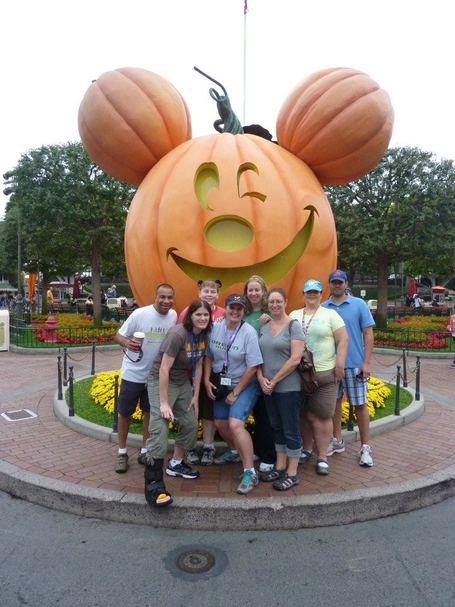 All in all, it really was a fantastic weekend, and we are always looking for more people to be a part of the road trips. We'll be putting together more trips next season, so stay tuned!

The A's play the final game of the 2011 season (no mixed feelings here; I want a fresh start) tonight against Seattle. And after waffling back and forth, I finally saw Moneyball. My review will be up in the next week or so, and we have a surprise interview coming up soon. Lots of reasons to visit AN, even if the A's aren't one of them.