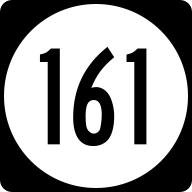 If you must limp alone across the finish line,
Do it and be proud.
You have no challengers to win this race.
Goals you've chosen,
No one can deface or cheapen.
Or replace your dreams with their wishes. 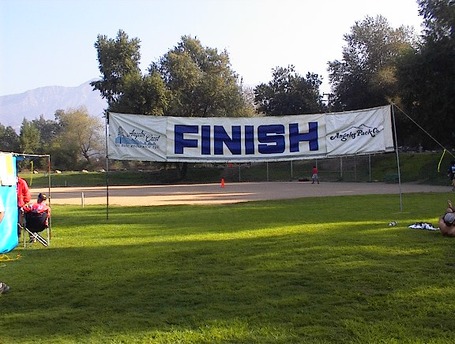 You have already won your prize.
By keeping your eyes focused.
And remaining unvictimized by fear.
You were able to fight it off.
And it did not cost you a thing!
But initiative.

Welcome to the 2nd-to-last Game Thread of the summer! The finish line is in sight and after tomorrow night another season will be easin' into history. Tonight Trevor Cahill faces Blake Beavan at Safeco Field, as the A's and the M's square off to get a clearer picture of who will draft where come 2012. Right now the Athletics sit at pick #11 and the Mariners are at #3 with two to play for each club. 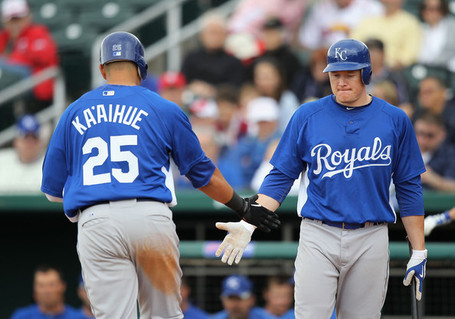 Brand new Athletics acquisition Kila Ka'aihue congratulates former teammate Brian Anderson, still deep in thought on the matter, on being the first to get his name right at the All Sports Spelling Bee last July.

In case you haven't been around today, Billy Beane has still got his dealin' shoes on, acquiring 1B/DH Kila Ka'aihue (pr.: Kai-ah-HOO-ay) from the KC Royals for Phillip Hollingsworth, an RHP I had never heard of until today. This makes first base going into Spring Training next year even more crowded than a Who concert at the Riverfront Coliseum in Cincinnati and really puts the screws to people like Brandon Allen (4,746,976 Ks in his last 40 ABs), Daric Barton (surgery to remove inability to ever swing at anything, ever ever ever) and Chris Carter (shops for gloves in the cookware section of Home Depot and for bats in the fishing rod section of Big 5). Additionally, it continues the latest trend we've seen where BB's new market-inefficiency radar includes these sort of AAA stud prospects that haven't quite hit their mark in the Big Time just yet despite being on the old side for minor leaguers. Anyway Baseball Nation's tremendous Jeff Sullivan from our pals over at Lookout Landing has a hilarious take on the trade that everyone should get a chuckle out of, so have a look if you need a laugh. 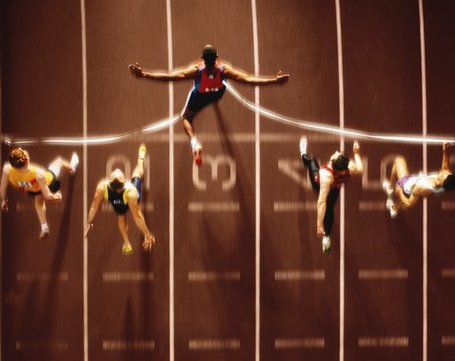 You are to be congratulated.
What you desire,
Is so close.
So near.
So very clear.
Just choose to see it!

from "If You Must Limp Alone Across the Finish Line"
by Lawrence S. Pertillar

OK, it's my last Game Thread, let's have some fun!