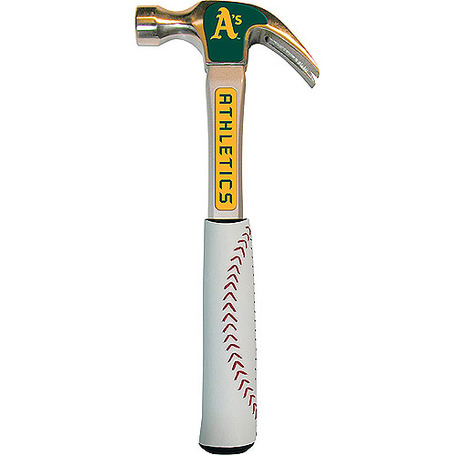 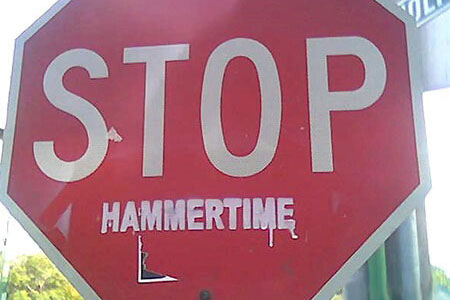 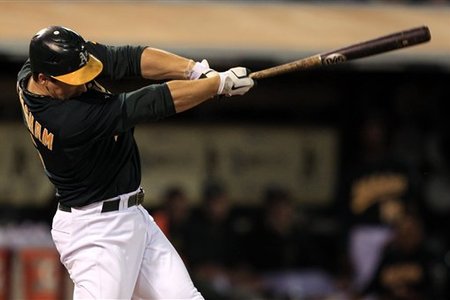 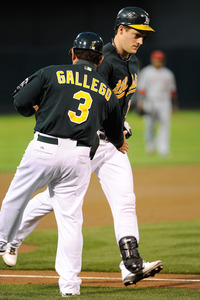 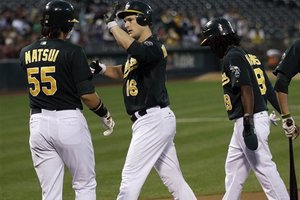 9th: Balfour closes; Bailey precautionarily sits after taking Zuk drive to noggin in BP.  He's from Jersey, he'll live. Wells leads off, blasts off on 0-2 pitch.  6-3 A's.  Balfour gets Trout, fishing.  AN executes Emperor post-recap for facile punning.  Aybar window shops, decides he'll wait to purchase and goes back to bench.  Balfour strikes out Callaspo and the side.  The Gang fires up and Kools out.  A's 6-1 vs. Halos at Coli in 2011; if TX wins West, we're why it isn't the Slegless. 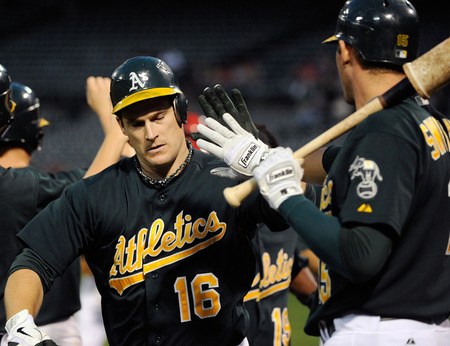 Give this Pig a pen... and a contract.

OK, this was lotsa fun so let's do it all again tomorrow night and really f*ck up the LAAAAAAA season!