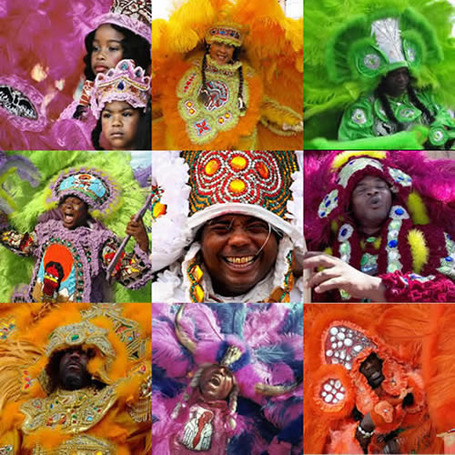 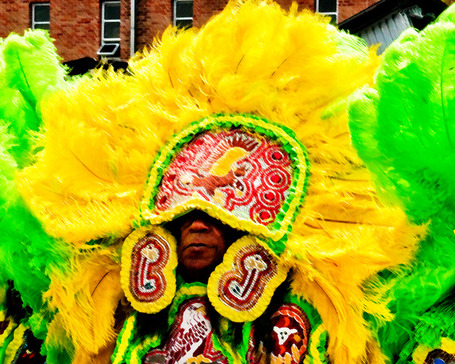 Bienvenue à tous! Today it's Mardi Gras in August as the A's escape the rainy plains of the Eastern mains to travel to Cleveland for the start of a four-game fête with the Tribe, who sit at .500, 6 1/2 behind the Tigers in the AL Central. The A's are also in third place, albeit about 74 games further off the pace in the AL West. 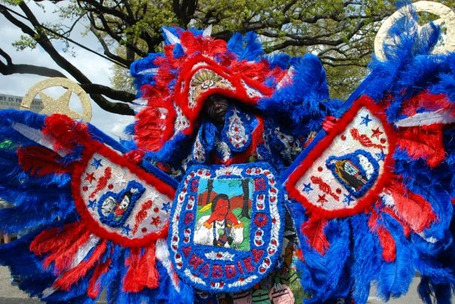 The A's send second-half stalwart Brandon McCarthy, winner of all but one of his post-ASB starts and the A's most effective arm since the break, to be opposed by David Huff... presumably because the other half of their classic-soul songwriting team was still stuck in Philadelphia amid the rainy weather. 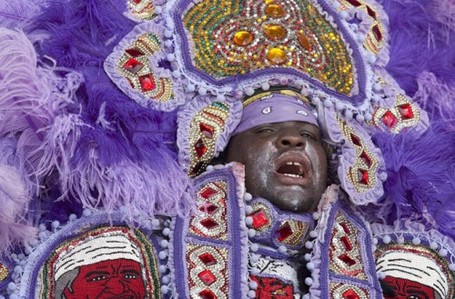 You're probably wondering who else is playing (and whether Brandon Allen will hit a HR all the way to Kent State campus), so here are the lineups for today's game:

OK, I am writing this at 2:30 pm and I'm gonna go get some tostadas de ceviche for lunch right now, but I will be back at game time... meanwhile enjoy the colorful pictures of the Mardi Gras Indians (a New Orleans tradition) and this song by Gamble & Huff which people will still be bumping 1000s of years from now because it's really just that excellent. 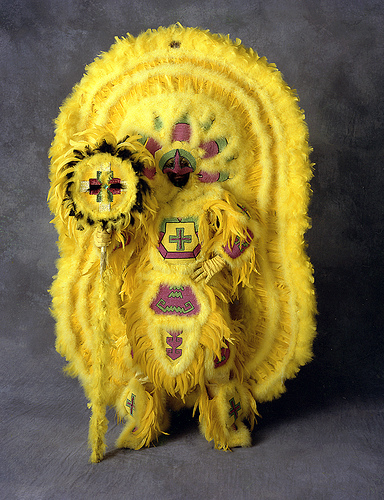